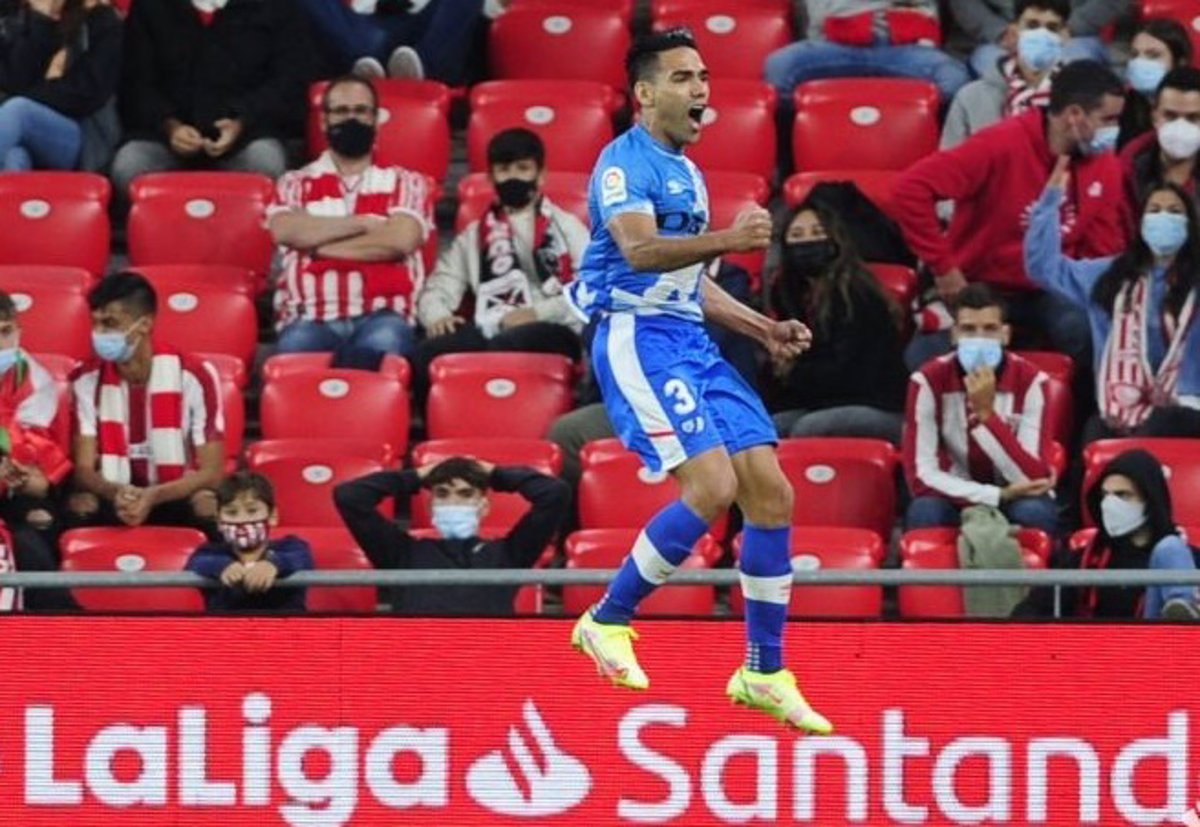 The franjirrojos add 10 of the last 12 points

Celta opens at the cost of a downcast Levante

Rayo Vallecano continues to make a great comeback in the highest category of Spanish football after beating Athletic Club (1.2) in a vibrant match, with many alternatives, which puts the Madrid team in the ‘Champions’ positions thanks to a new goal from Radamel Falcao, while Celta released their record of victories at the expense of a Levante that is still in the doldrums (0.2) in matches of the sixth day in the Santander League.

Those from the Madrid neighborhood are in luck after adding 10 of the last 12 points. This Tuesday he achieved it with a new goal by Radamel Falcao, the second in two games, and against an opponent he returned to execute almost a decade after doing so in that final of the Europa League held in Bucharest. The Colombian returned to be decisive when San Mamés already accepted the distribution of points.

Those from Vallecas did not take five minutes to get ahead on the scoreboard thanks to a play by Sergi Guardiola that Álvaro García resolved with a great Vaseline. The individual action, fueled by pressure and an innocent loss by Mikel Vesga, gave wings to a Ray that grew stronger as the minutes passed.

Andoni Iraola, who returned to what was his home for more than ten years, did so at the head of one of the revelations of the course in the year of his return to Primera. The franjirrojos were able to contain the reaction of the locals, but Athletic pushed until they found the prize of the tie after half an hour with an own goal from Pathe Ciss.

In the second half, the locals improved, with more control in the center of the field and balls into space, where Nico Williams stood out, who was close to the second goal for the locals in an individual action that brushed the post. Raúl García also tried his luck, minutes before, with a distant shot that went over the crossbar.

However, it was not Athletic who found the way to the goal, it was Rayo in a set piece action after 95 minutes of play. A lack of Baby with a lot of power ended up in the head of Falcao, who crushed Unai Simón with an unappealable shot. A goal that is worth three points for a plethora of Rayo that is placed, provisionally, in Champions League positions.

For their part, Celta achieved their first victory of the season against a Levante seeking the same fate (0.2). The Galicians, very needy despite their good games in the first days, had to wait six weeks to find the first win thanks to goals from Iago Aspas and Brais Méndez.

The one from Moaña was in charge of opening the scoreboard, after game time, and Méndez closed the victory of the locals five minutes to 90, a somewhat soothing that came after Roger missed a penalty for the Valencians at 20 minutes from the end, when everything could have happened in the Ciutat de Valencia. With this result, Coudet’s men come out of relegation in sixteenth place and Levante, with four draws, will remain fifteenth.

– RESULTS OF DAY 6 OF LALIGA SANTANDER.