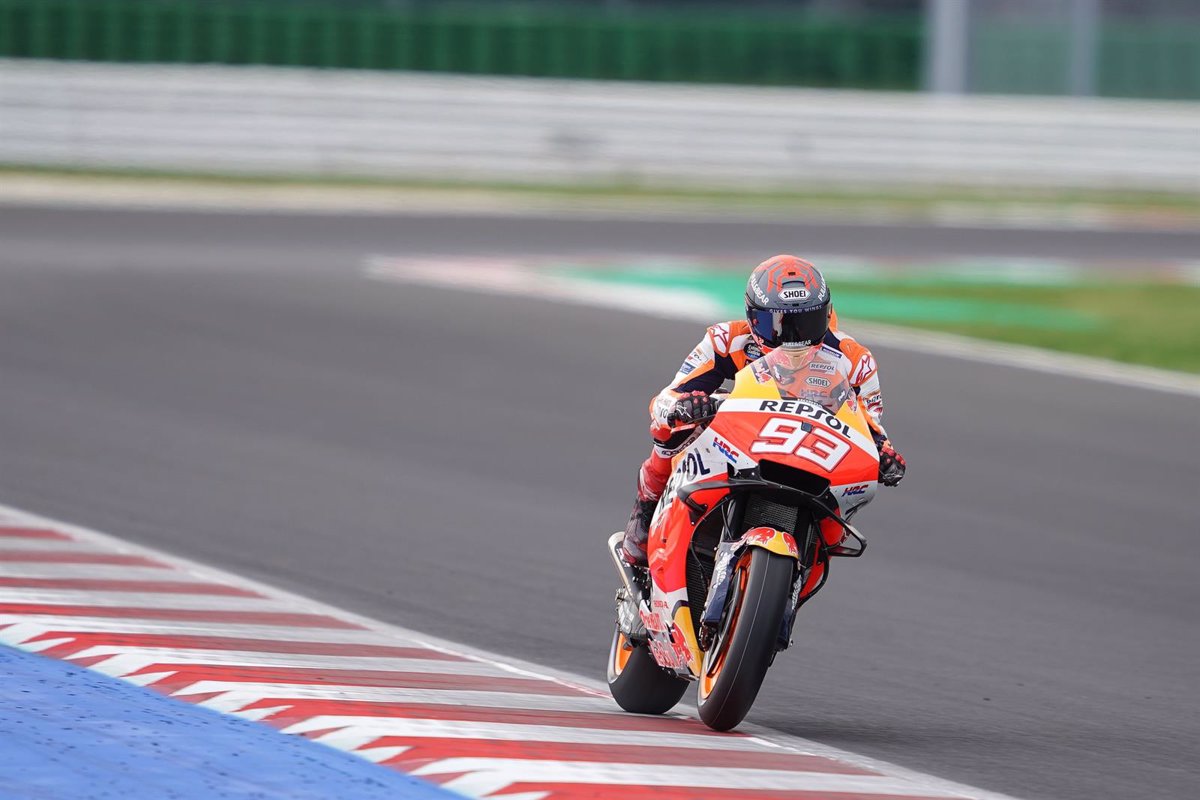 The Italian rider Francesco Bagnaia (Ducati) finished two days of testing in Misano this Wednesday as the fastest in MotoGP, while Honda took advantage of some crucial runs to test his future motorcycle with Marc Márquez and Pol Espargaró.

‘Pecco’ maintained his dominating moment in the premier class in two days with testing for all factories, utilizing all advancements from next season. After his victories at MotorLand Aragón and Misano, the Ducati man set the best time in 1: 31.524, the one he set on Tuesday, as a reference.

The focus however was more on the tests, especially those of Honda. Stefan Bradl was in charge of filming the new 2022.spec while Marc Márquez (Repsol Honda) left with her in the afternoon, when track conditions were more favorable. The most noticeable differences to look at were the shape of the air intake, the tail and the exhaust.

Pol Espargaró (Repsol Honda) came out with Márquez’s bike, while Cervera’s rode with the 2022 bike, with the current 2021 aerodynamic package that Honda has been using since the German GP, ​​and Pol also tested it with the new aerodynamics. With the problems of this season, Honda took advantage of the test looking for improvements that would give it the best performance.

The head of LCR Honda, Lucio Cecchinello, revealed that Álex Márquez (LCR Honda Castrol) was working on the weight distribution of his motorcycle, and they found a ‘setting’ with which he feels more comfortable. The two.time world champion was also testing the normal chassis, the carbon one, and the one that Márquez and Pol Espargaró have been using intermittently since Assen.

“Today I worked thinking about the future in the morning and then in the afternoon we focused on the current bike because we are still testing chassis and concepts. We are happy, although I am sure that everyone has gone fast in this test because the conditions were good. But we have done interesting things these two days. The most important thing is that we have been able to work for the future, “said Marc Márquez in statements provided by his team.

Meanwhile, World Championship leader Fabio Quartararo (Yamaha) was also able to test the 2022 prototype, before turning his attention to finding some improvements for Misano’s second race, to be held next October.