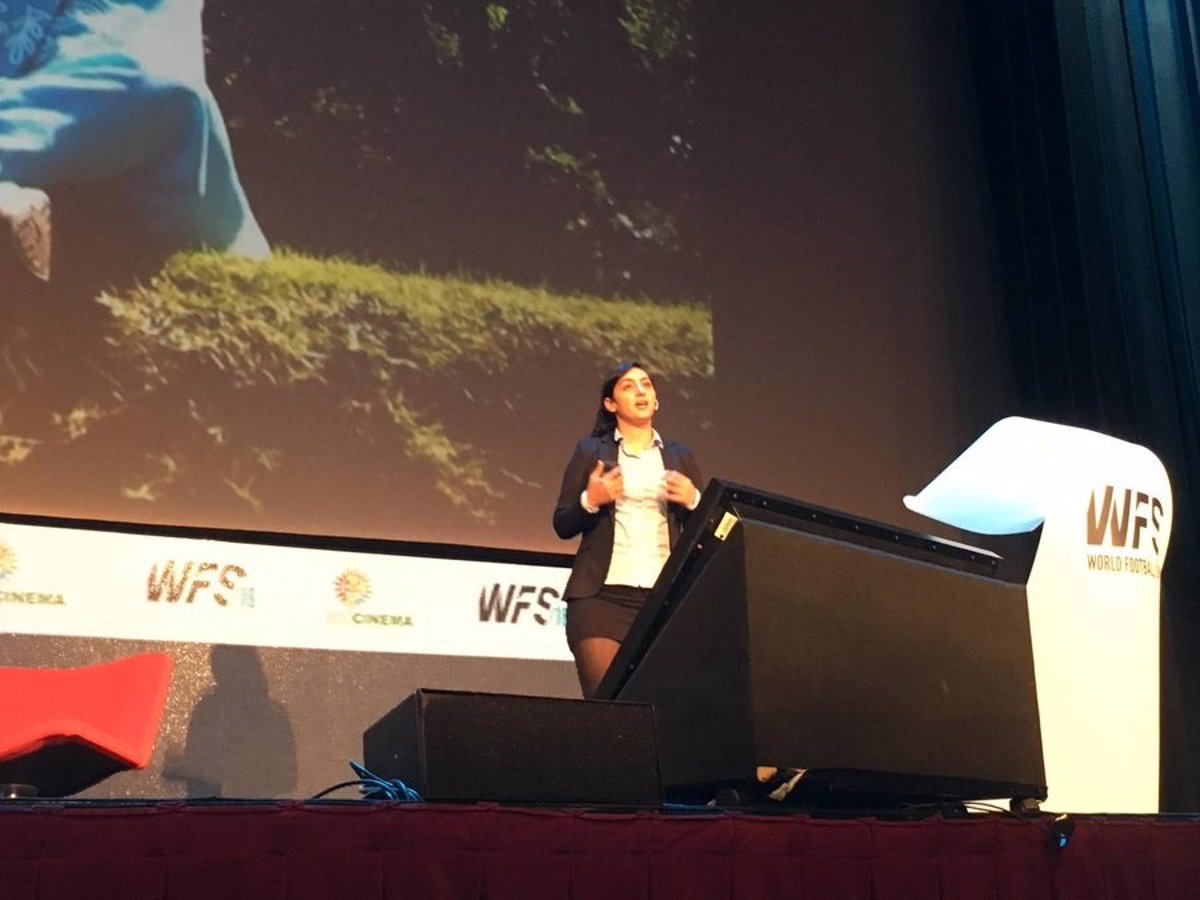 The former Afghan player and activist asks for “help” in the face of the Taliban “nightmare” in her country: “Women do not know if they will be able to play again”

The activist and former captain of the Afghan women’s soccer team Khalida Popal denounced this Thursday the “nightmare” that women and soccer players in her country are living again, who send “desperate messages asking for protection and hope” before the return to the power of the Taliban, and that they live again in a “darkness” that he wants to put an end to using, as he did in the past, his voice to make them “visible”.

According to Khalida Popal at the World Football Summit (WFS), a congress that is being held until this Thursday at the Wanda Metropolitano de Madrid, the Taliban, after coming to power again this summer, are once again separating women from life social, of course sports, of the Afghan country just for the mere fact of “being women”.

Popal, a pioneer in her country when playing soccer and being the captain of the first women’s team in 2007, in several friendlies, wants to contribute from her NGO ‘Girl Power’, to remove from her country some soccer players who are victims of the Taliban regime.

“When the Taliban took over the country again, the nightmare of the past became a reality again. It was very shocking for me to see how everything that I had experienced in my childhood can be repeated again,” said Popal, visibly moved.

And it is that their struggle to open the mind of Afghanistan and empower women within the country’s football federation, beyond watching them play, has suffered a total recess before the departure of the Afghan government after the recent dispute with the Taliban , which took over Kabul and the rest of the country this summer.

“I have written to female players in Afghanistan asking how they are, with the hope that they have been able to leave the country. I have received desperate messages from girls, crying, asking for protection and hope, not knowing what will happen, what the punishment will be or why they will be abandoned Will they be able to play football again? They don’t know, “he lamented.

“Afghan players want to play for their country and now they are forbidden to do so, their passion has been taken away from them, so I know how to help them. I tell myself that I know I don’t have the money to send them to my country and help them achieve their goals. , but I have the power of my voice. I am going to use it, again, to explain what is happening and why I am worried, because they are abandoned in Afghanistan and they need help, “he asked.

In this sense, he explained that he was already able to help get several soccer players out of the country, from the national team, a few days ago, although that help is still needed and it is already more difficult to achieve it. With the help of the soccer players’ union Fifpro, 85 players between 16 and 17 years old were sent to Australia.

However, he revealed messages of help that continue to come to him from his country. “‘I see my enemies, the Taliban, out there and I can’t get out, I can’t even get out of my room.’ You can’t live in this darkness, and what has this girl done? What’s her fault?” reported.

Therefore send a message of encouragement and strength to the Afghan soccer players. “If you stay together, we will be able to get you out of the country, with the help of the people,” he reiterated. And it is that he managed to get the current champions of the Kabul league out of the country, a provincial team that saw their houses destroyed by the war.

In her role as an activist for the rights of women and human beings, she assured that there is “nothing greater” than using the power of soccer. “I wanted many more women to be able to join, to notice the freedom to play soccer, and thus forget bad times and experience the good that happens on the pitch. I wanted to offer that to more girls in my community,” she commented in reference to a not so distant past.

“I wanted to change the mentality imposed by the Taliban that women should be at home, in the kitchen, and without being able to go out. I wanted women to get up, united. It was not easy to bring the culture of sports, of football to my country , something that we had never had before. It was very difficult, I was arrested, I faced impossible challenges, but we did it as a team and we did not give up, “he sent.

A fight with a happy ending, then, when in 2007 they played the first friendly match with the Afghan women’s team. “Nothing more beautiful than wearing the country’s shirt, with honor. For me, being the captain of the soccer team was not enough, I wanted to continue changing the mentality of the country,” he confessed.

“In the Afghan federation, there was not a single woman. I wanted to be there to raise our voice, that of women. After three years of trying, we succeeded. For the first time in history, a woman started working in the federation. “Popal recalled.