Tavares bursts in and Madrid win easily in Andorra 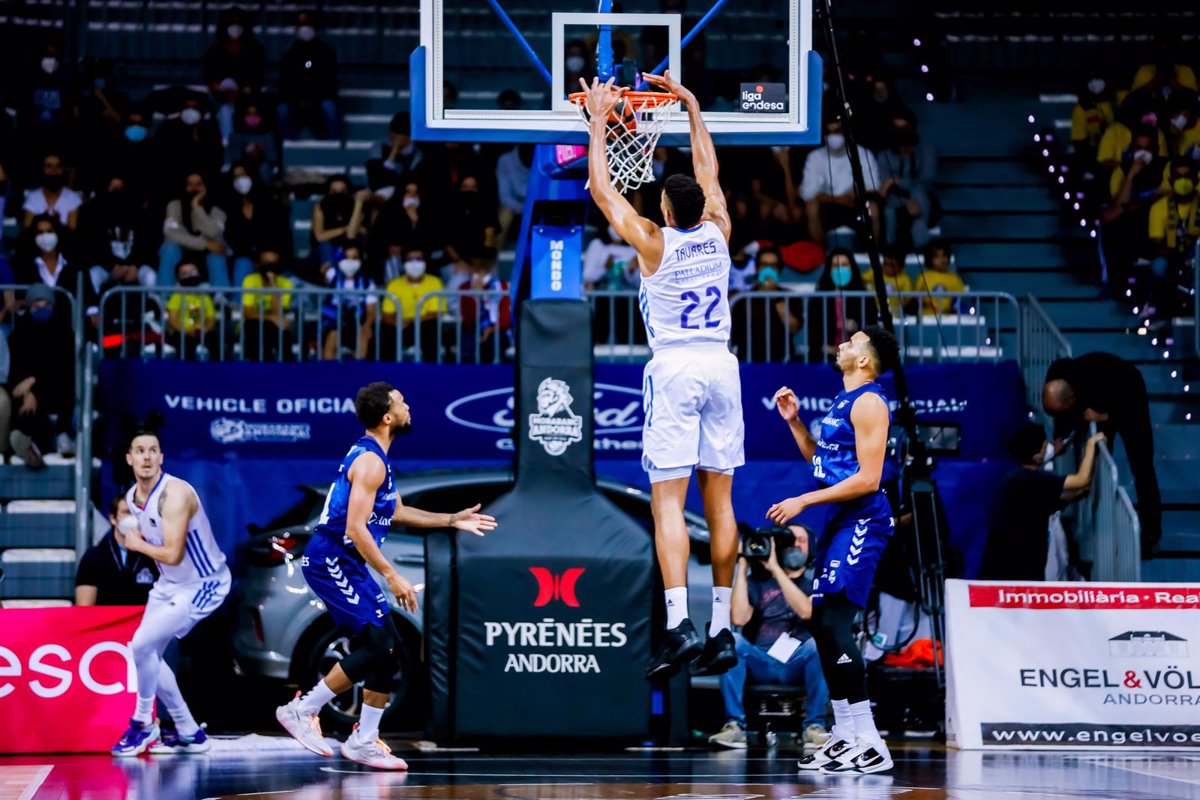 Real Madrid and Baskonia added victories this Friday in the second day of the Endesa League, with a 58.86 against MoraBanc Andorra and a 95.86 against Urbas Fuenlabrada, while Valencia Basket came into operation against BAXI Manresa.

Those of Pablo Laso and those of Dusko Ivanovic go 2.0 in the league start, despite the changes in their squads. The whites had no option in the Principality, from 6.16 in the first five minutes. In the first quarter Edy Tavares felt powerful again, in search of recovering his best version.

The one from Cape Verde, who lost his better half with the departure of ‘Facu’ Campazzo ‘to the NBA almost a year ago, became great with 9 points and 5 rebounds in that opening quarter. Madrid put many difficulties for the locals and they also dominated from the inside with Poirier. In addition, Thomas Heurtel distributed the game well.

The recital was choral in the whites, although the emergence of Tavares (15 points, 7 rebounds, 3 assists and 5 blocks) was perhaps the best news while Laso’s new pieces are being refined. Another contender for the title like Baskonia also greases the machinery with his second win against a ‘Fuenla’ who stood up. Steven Enoch (23 points, 9 rebounds and a PIR of 30) was decisive to leave the victory at the Buesa Arena, as was the contribution of Granger (18 points) in his reunion with the Basque fans.

Meanwhile, despite the casualties, Valencia Basket savored victory after their debut with defeat against Baskonia at the expense of Baxi Manresa (69.89). Joan Peñarroya saw a version closer to what he wants from his new team, seriously behind and finding solutions in attack at the Nou Congost.

Josep Puerto, with 17 points and seven rebounds, shone as did Dimitrijevic (17 points), Dubljevic (14 and 9), Claver (13 and 4) and Labeyrie (13 and 4) and left the Manresans to zero after two days, like Surne Bilbao Basket and Hereda San Pablo Burgos.

The closing of the second day this Friday also left a victory over the horn of Monbus Obradoiro against Joventut Badalona thanks to a winning basket by Thomas Scrubb (93.91). The new Galician player won the Fontes do Sar with the forced entry to the basket to knock down ‘La Penya’. 1.1 both teams.

In addition, UCAM Murcia achieved its first victory with the recital that Taylor and McFadden starred in against Coosur Real Betis (88.66). The 41 points that they combined was a wide slab for a Betic box much thicker than in its premiere, clearly surpassed.