crazy 2.2 at San Siro, Inter and Atalanta cancel each other out 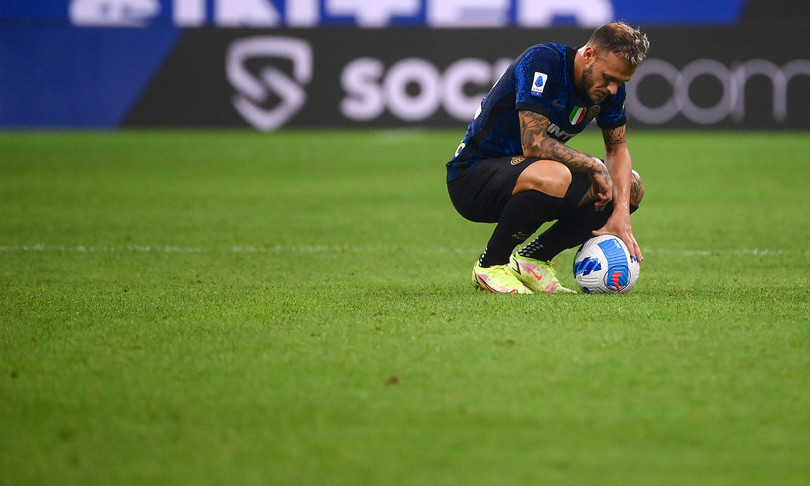 – Inter and Atalanta cancel each other out in the first crazy big match of the sixth day of the championship, leaving San Siro with a incredible draw for 2.2.

Male and hard.fought match between the teams of Inzaghi and Gasperini, opened by Lautaro’s acrobatics and closed by Dzeko’s tap.in; in the middle the two goals from Bergamo signed by Malinovskyi and Toloi, which had momentarily brought the guests.

In the final Dimarco misses a penalty, a couple of minutes later the Bergamo players score with Piccoli, but the goal is canceled by the Var. It is therefore the second equal of the season for both, with Inter reaching 14 and Atalanta to 11 points.

The hosts are off to a great start and after a chance wasted by Dzeko, they immediately took the lead in the 5 ‘thanks to the fantastic volley by Lautaro, who scored an immediate 1.0 on Barella’s cross. The people from Bergamo take a while to fuel up, but once they get into the rhythm they gain the field and in the half hour they equalize: Palomino anticipates Lautaro, a rebound favors Malinovskyi who from 20 meters sees the crack and from the left.handed external neck strikes Handanovic for the 1.1.

The Goddess takes morale and at 38 ‘she even manages to overturn the situation, finding the 1.2 thanks to captain Toloi, good at throwing himself on Handanovic’s not exceptional rebound after another stone from Malinovskyi.

At the beginning of the second half Atalanta continues with the same attitude and in a few moments he goes twice one step away from the trio: first Palomino turns his head to the side by a whisker, then an irrepressible Malinovskyi hits a sensational post from a free kick.

Inter reacts and in a couple of minutes creates two giant opportunities for a draw, the first canceled by Musso with a nice reflection on Vecino’s header, the second failed by Lautaro in front of goal after a rejection by Musso himself on Barella’s poisonous cross shot.

Tap.in that instead Dzeko cannot make a mistake in the 71st minute, when Musso puts another patch on Dimarco’s conclusion, but in fact accommodating the ball for the Bosnian who makes 2.2.

In an incredible ending, everything happens: Dimarco misses a penalty kick in favor of Inter hitting the crossbar, on the other side Piccoli finds the possible match point host, but the Var cancels because the ball had already left the field previously.