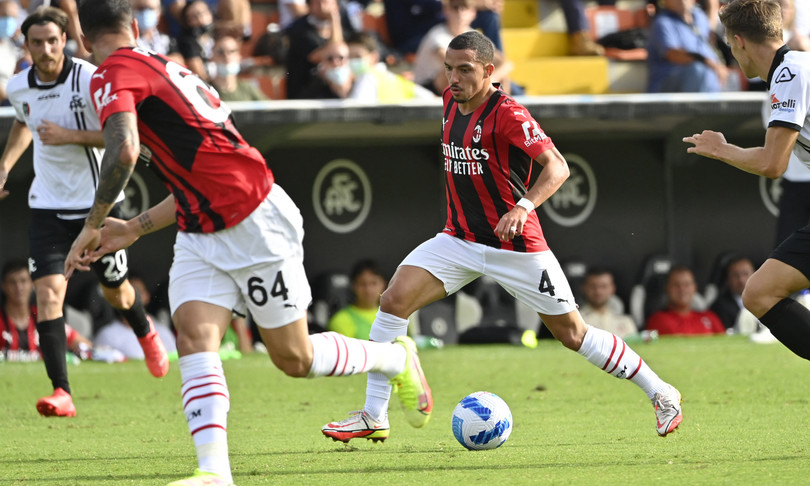 () – Rome, 25 sets. – Milan also wins at Spezia 2.1 and temporarily takes the top of the standings, rising to 16 points. The seal decides by Brahim Diaz in the finale, after Verde (with a deviation from Tonali) had managed to grab the initial advantage of Daniel Maldini.

First historic goal in his career for the Rossoneri class of 2001, who managed to write his name in the scores of all time after his grandfather Cesare and his father Paolo, following up the long.lived generation of Maldini in Serie A.

Not much happens in the first half of the Peak, made up of a lot of balance and fight in the middle of the field, but without particular emotions.

Only in the final part, just a few moments from the interval, the bianconeri have a sensational chance to restart resulting from a wrong reading of Giroud: Maggiore, Gyasi and Nzola run away in numerical superiority against the Rossoneri defense, none of the three kicks in the goal and Milan is saved thanks to Tomori.

After a first half in the shade, with no shots on goal, Pioli’s team starts the second half with another look and in the 48th minute they unlock it: Kalulu crosses from the right, Daniel Maldini hits imperiously with his head and scores a historic goal.

About ten minutes later the Rossoneri are one step away from doubling with the new entry Rafael Leao, who invented a shot from a very tight angle hitting a sensational post.

The Spezia, however, does not allow itself to be intimidated and on the other side the great chance of a draw with Maggiore fails, inaccurate in front of goal after a cross from the left by Bastoni. 1.1 Ligurian who still arrives in the 80th minute thanks to the unfortunate own goal by Tonali, who decisively deflects a not irresistible shot from Verde.

Milan are not there and in the final, thanks to another successful change of Pioli, they go back and get the 3 points. Saelemaekers invents, Brahim Diaz concludes and signs the 2.1 with which the match ends.