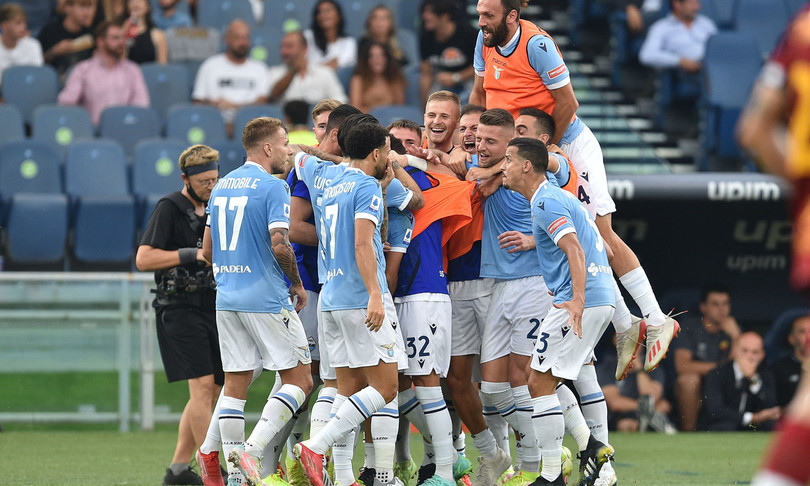 – Napoli liquidates Cagliari 2.0 and is confirmed at the top of the standings thanks to the sixth consecutive victory. The Roman derby at the Olimpico between Sarri and Mourinho rewards Lazio. A great match from both sides of two teams that pushed to the end.

The Serie A day also saw Juventus’ second consecutive victory against Sampdoria, Empoli’s strong affirmation over Bologna, the positive results of Fiorentina and Sassuolo, against Udinese and Salernitana respectively.

NAPLES BEATS CAGLIARI 2.0 AND BACK TO THE HEAD

At Diego Armando Maradona, Napoli beat Cagliari 2.0. The Neapolitans take the lead to the 11th with a goal from Osimhen, thanks to Zielinski’s assist, and maintain control of the game. The Sardinians in defense create few dangerous actions. In the second half, a foul on Osimhen turns into a penalty: Insigne realizes and gives the blue doubling. The Neapolitans continue to have, and to waste, up to the last, other opportunities. A series of substitutions, in particular in Napoli, does not change the outcome of the match, which after 3 minutes of injury time ends in favor of the Biancocelesti.

The biancoazzurra team got off to a great start and Roma reacted only after conceding the second goal. The first goal arrives at the 11th of the first half, on a perfect assist from Felipe Anderson: Milinkovic offs alone in the center of the area and scores with a header. At the 19th comes the doubling signed by Pedro, on an assist from Immobile: a right low shot that finds the bottom corner to the left of the goalkeeper. But Roma recover: Zaniolo’s ball on the corner hits the post. Then in the 41st Ibanez goal with a header from Veretout’s corner. In the second half comes the third Biancoceleste goal on a great action by Immobile, who puts the ball on Felipe Anderson who concludes. At the 68th penalty for Roma: Veretout hits the mark and Reina doesn’t make it. Immobile tries until the end as does Mkhitaryan, who suffers a foul by Milinkovic on the 86th, followed by admonitions for Cataldi and Veretout. At the 90th, Immobile comes out and Muriqi enters for 5 minutes of recovery. But the Giallorossi players are unable to reach a draw.

JUVENTUS WINS AGAIN AND OVERCOMES SAMPDORIA 3.2
Juventus beats Sampdoria 3.2 and obtains the second consecutive victory in the league, albeit still with some heartache. Goals from Dybala, Bonucci and Locatelli decide, while the guest goals of Yoshida and Candreva are in vain. Allegri’s bianconeri rise to 8 points in the standings, while the Sampdoria team, despite a good show of character, are forced to a second knockout in a row.

EMPOLI BEATS BOLOGNA 4.2
Third win of the season for Empoli, who beat Bologna 4.2 taking 3 very important points. At Castellani the goals of Pinamonti, Bajrami and Ricci decide as well as the own goal by Bonifazi, but the blazes of Barrow and Arnautovic, who also misses a penalty, are in vain. Emiliani unfortunate in hitting two bars and in not realizing the many opportunities created especially in the final.

FIORENTINA RESTART IMMEDIATELY, BEAT THE UDINESE 1.0
Fiorentina immediately returned to win after the knockout with Inter, struggling to conquer the Udinese field for 1.0. Decides Vlahovic’s penalty in the first half. Fourth victory in the league for the Italian team which rises to 12 points in the standings. Third knockout in a row for Gotti’s men, who seem to have lost the positive trend of the beginning of the championship.

SASSUOLO BREATHES BACK, 1.0 AT SALERNITANA
After three consecutive defeats and a draw, Sassuolo returns to breathe by beating Salernitana 1.0. A decisive goal from Berardi at the beginning of the second half: Dionisi rises to 7 points in the standings, forcing Castori’s Campania players to a new knockout after the first point of the season won in the previous round. The first attempt of the race, after the first few beats of study and balance, is the work of Maxime Lopez, who tries to lap from distance calling Belec to answer for a corner.