Showdown by France, 1-0 to Germany 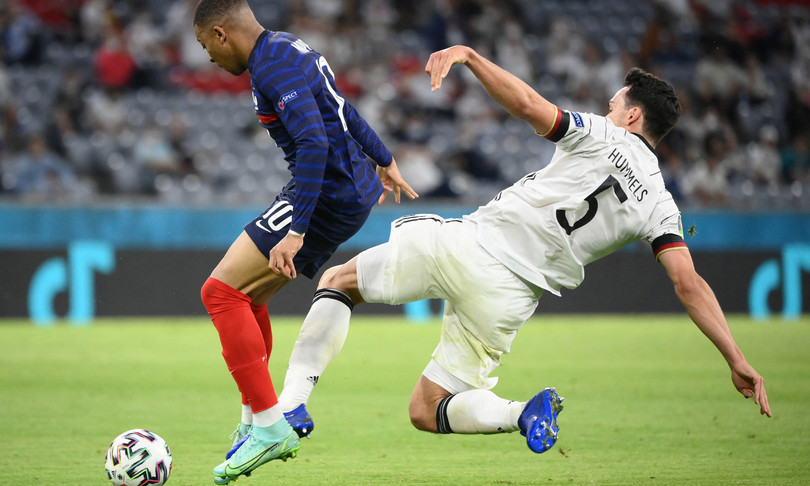 AGI – An own goal decides the stellar challenge between the last two teams to be crowned world champions. Proof of strength of the France, which beat the Germany 1-0 with an own goal by Hummels in the debut of the two teams at Euro 2020.

At the Allianz Arena in Munich – after the unscheduled landing, far from perfect, of a Greenpeace paratrooper -, a Hummels mess allows France to beat Germany 1-0 and reach Portugal at the top of the group F. Deschamps ‘men were not impressed by the Germans’ attempt to keep up the pace in the middle of the field and took command of operations from the quarter of an hour. A couple of flare-ups by Pogba and Mbappé, then France moved on in the 20 ‘with a bit of luck. On Lucas Hernandez’s cross, Neuer is hit by friendly fire: Clumsy intervention with Hummels’ right and the ball that bags with the first own goal in the history of Germany in a European championship.

Loew’s team tries to react with a turn by Muller on the suggestion of the Atalantino Gosens, but Lloris runs very little risk until Del Cerro Grande’s double whistle. The hosts return to the locker room at a disadvantage of a goal but they even risk closing in numerical inferiority, with Rudiger in contact with Pogba: the United midfielder protests but the Var lets it go after a check for a possible bite on the back by the central Chelsea.

It is in the second half that the match tries to take off: Rabiot scares Germany with a post in the 52nd minute, two minutes later it is Gnabry who touches the equalizer on the other side with a crushed shot that just flies over the crossbar. In the moment of maximum pressure from the hosts, Mbappé unleashes his qualities in the open field but is unfortunate: first a pearl thwarted by an irregular starting position, then a sprint from a sprinter thrown away by an intervention, from behind, very doubtful in the area by Hummels.

Loew’s changes do not work, Benzema sees the 2-0 canceled by the Var due to another offside by Mbappé but France protects the 1-0 for the first, precious victory of Euro 2020.