“Ansu Fati’s return and goal was a burst of emotion” 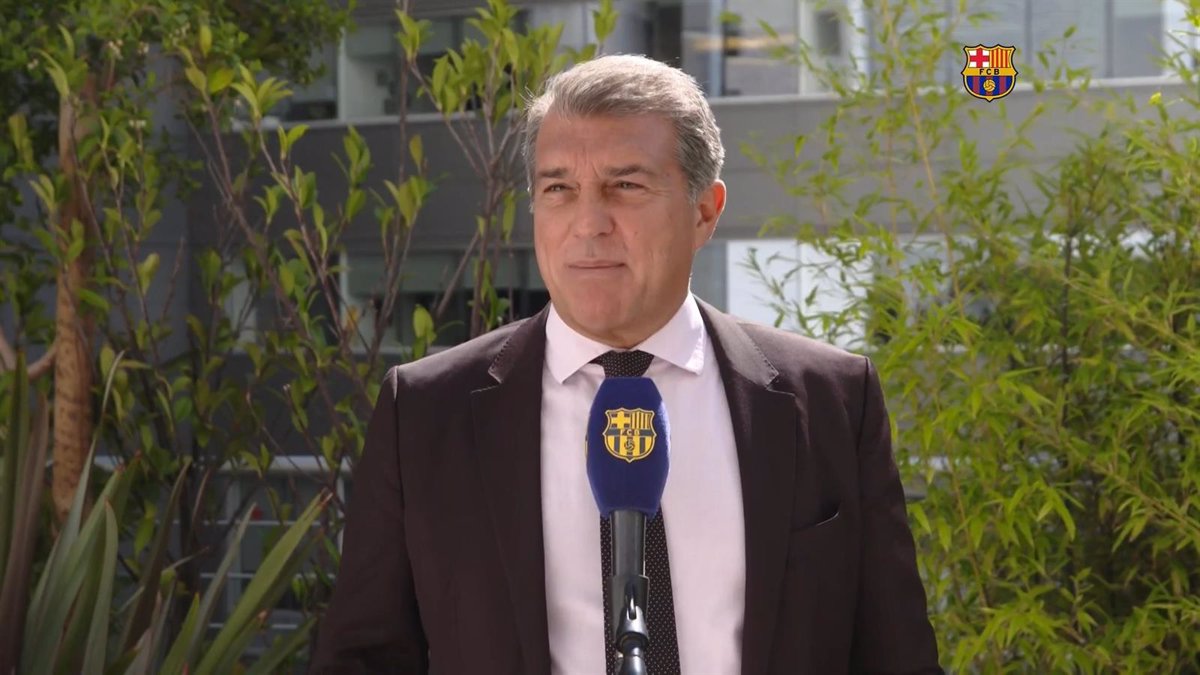 The president of FC Barcelona, ​​Joan Laporta, has assured in the hours before the match against Benfica in the Champions League that the return, with a goal, of Ansu Fati after his injury was a “burst of emotion” in the fans that the team should take advantage.

“Returning after the injury and scoring that goal generated an outbreak of emotion to all the Catalans. Because of her personality, that we are getting to know her little by little, she wanted to have the ’10’. He said it, I keep the ’10’ that I like if the captains give me permission, it is an act of humility that shows their personality, “he said on Barça TV.

For Laporta, Ansu Fati has “depth, he is decisive and a scorer”. “It represents the illusion and hope, I liked seeing how he returned to the playing fields and the gratitude he had, very exciting, to doctors and family. It is very nice to see a player who has gone through a difficult period who is grateful to the that they have taken care of him, “he was sincere.

“With the recovery of Ansu and Dembélé, and we hope that with Agüero as soon as possible, we will begin to have a much more competitive team, also with the help of the fans, who have not stopped encouraging at this time of certain difficulty “, he contributed.

The president believes that the path to success passes through Ansu Fati, one of the products of the Masia. “La Masia is the way, the style of play as well. But we must go a step further, and that recognizable style of play at Barça that no one else has, if we make it compatible with high.performance sports techniques, we are creating the following level that modern equipment needs, “he argued.

“We have a very important ‘Champions’ game, we have to go out to win, what we need are the first three points to be where we are again, leaders of the group. Benfica is not an easy team, they have been winning seven games, but We have a team that is progressing better and better and we are confident that we will win, “he commented on the game against Benfica this Wednesday.

DAMAGE OF THE PROCEDURE BY THE CAPACITY

On the other hand, the president assured that the PROCICAT, the Government body that manages the measures and restrictions in this coronavirus pandemic, is harming the club in terms of maintaining capacity in stadiums at 60 percent of their maximum capacity, while that the Government and LaLiga will open, from this weekend, one hundred percent.

“It is a very great damage. For PROCICAT to say that these restrictive criteria must be followed is a very great economic damage, and we have let them know. We have behaved with a sense of responsibility and understanding, but we think that if LaLiga proposes the 100%, we would be satisfied if PROCICAT accepted these percentages, “he argued.

“We do not agree with the 60%, it harms us economically. We will continue to be respectful but we will not stop saying that these restrictions harm us,” Laporta reiterated, after learning this Wednesday that the Interterritorial Council of the National Health System has reached an agreement to set a maximum capacity of 100% for events in open venues.

These measures will come into force as of this Friday, October 1, so the football stadiums may already have one hundred percent of their capacity this next day, with a Metropolitan Wanda that could be full for Atlético de Madrid.FC Barcelona this weekend.