Red Bull and Mercedes in Formula 1: House of Cars 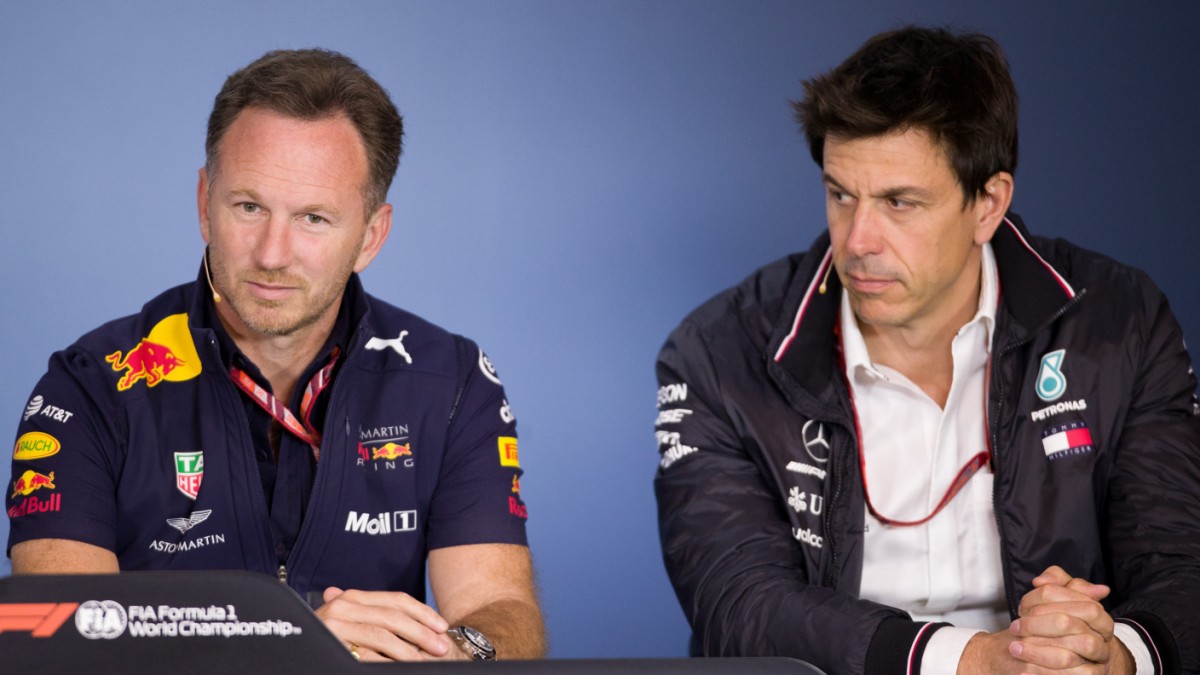 In the Netflix era, everyone is looking for the perfect storytelling, it’s always about conflict. And in Formula 1, the premier class of motorsport, it has never been different, illustrated again by the rivalry between Red Bull Racing and Mercedes, namely Christian Horner against Toto Wolff. Both have a home game in the British Grand Prix, both based in the nearby county of Oxfordshire. Apart from a certain accumulation of world titles, the British and the Austrians have almost nothing in common – which leads to an intimate hostility.

The rule change was preceded by back pain for many drivers

The different racing car concepts are the number one topic right now. The Red Bull is heavy, but fast. The Mercedes is light, but it constantly bottoms out. The “bouncing” has become a real problem. This high-low relationship is to be balanced with a new and rather complicated directive – a spontaneous rule change by the world automobile association Fia, which can intervene in the regulations at will for safety reasons. Based on the back pain that many drivers complained about from their more or less bouncing cars.

The company cars of the Red Bull drivers Max Verstappen and Sergio Perez are not affected, which is why team boss Horner immediately suspects a conspiracy behind the regulation. After all, his driver is currently the world championship leader without any annoying rule changes. But the attitude also says a bit about your own attitude. The 48-year-old and the Austrian consultant Helmut Marko (79), who was assigned to him by the group, are among the most shrewd tacticians in the paddock. Her comments are often mocking, occasionally sarcastic – but always political. Which is why, after Mercedes, the most successful racing team of the last decade and a half also likes to be called House of Cars referred to as. Loosely based on the intriguing political thriller House of Cards.

Series excerpt causes a dispute between Horner and Wolff

At the last team bosses’ meeting in Montreal, Horner and Wolff, whose strained relationship finally settled on the hate scale at the season finale last December, clashed once more. During the regular coffee gossip with Formula 1 boss Stefano Domenicali, the opposing views and intentions clashed. That’s probably always the case, but this time Netflix’s eyes and ears were there.

An episode was shot for the new season of the documentary series Formula 1: Drive to Survive, which will appear next spring. Toto Wolff is said to be the star of the episode, but some people had probably assumed that Mercedes was not in the service of health when it came to “bouncing”, but rather supported the rule change because of its own miscalculation. Wolff was angry at how “sneaky and pathetic” his colleagues were.

Opponent Christian Horner, on the other hand, condemned this riot as “theatrical”. And added smugly: “Maybe Toto would like to get a role in the film that Lewis Hamilton is producing.” Horner has also expressed himself more drastically about his opponent: he is certainly not one of those who kisses the buttocks of the powerful Mercedes man. However, he also admits when it comes to acting: “I wouldn’t do it any differently in this situation.”

For him, who has to play the villain in the Netflix epic, it might also be a clever return carriage for Wolff’s accusation from the previous year that Horner was just a pantomime. “I have the feeling that he is part of the Formula 1 actors who behave like little actors when a camera is pointed at them,” grumbled the Viennese, “for me as a team owner it’s great that he has this Kind of making up stories. People have realized that if they say controversial things, they’ll be quoted. It’s good for esports and good for Netflix.” He was particularly annoyed by Wolff’s postscript, that this would take you back to the times of Bernie Ecclestone – Horner was best man at the third wedding of the former Zampanos, who has just attracted attention again with absurd statements.

Champions are rarely popular among competitors, and they don’t have to be. But Christian Horner really celebrates the role of the enemy. Gladly illustrated with celebrity wife Geri Halliwell, a former “Spice Girl”. So everyone knows the pictures from the country estate in Oxfordshire, from the horses, dogs and manicured hedges, occasionally a helicopter hovers into the picture. “But I’m a racing driver at heart,” says the protagonist, who was appointed Red Bull governor in 2005 and made the team world champion team with Sebastian Vettel within five years: “The need to win is the drug I’m dependent on am.”

He was correspondingly desperate at the last World Championship final race in Abu Dhabi, when Lewis Hamilton was only a few laps away from his eighth world title. During the interruption after an accident, he put so much pressure on race director Michael Masi in a duel that he interpreted the rules differently than usual. So Max Verstappen still became world champion and the Australian official Masi lost his job as a result.

Horner, on the other hand, is celebrated for his cleverness and for breaking the Mercedes dominance. He is currently looking to close ranks with Ferrari team boss Mattia Binotto, although he is the direct opponent in the current title race. But when it comes to keeping Wolff and his racing team in check, then everything is fine.