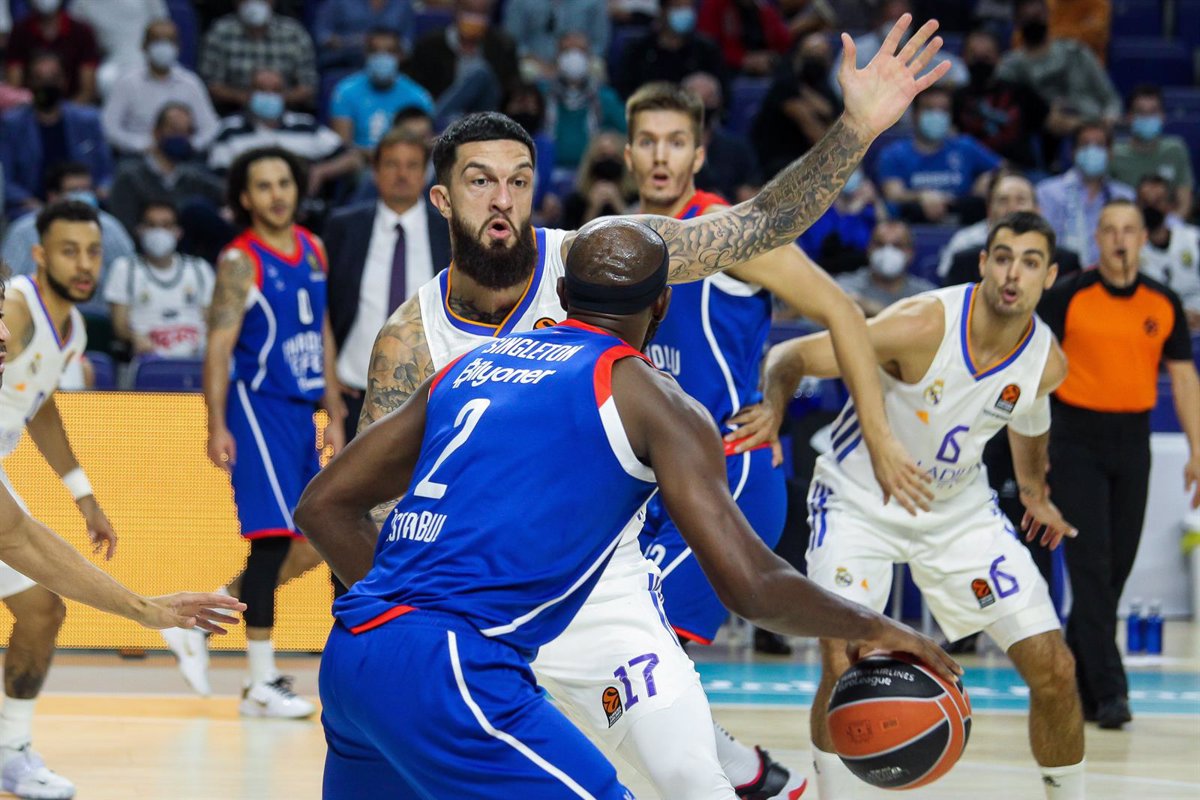 Laso’s men overwhelm the Euroleague champion on the first day

Real Madrid struck down (82.69) at Anadolu Efes this Thursday on the first day of the Euroleague held at the WiZink Center in the capital, a tremendous staging of a white aspirant with new faces but the same ambition, which annulled the current one champion.

Pablo Laso’s men went 12.0 into the first quarter of the continental season and continued like this for almost 40 minutes. Maximum concentration, defense and success to achieve the victory and the warning to sailors against the rival that separated him from the last ‘Final Four’.

The champion punctured with everything in Goya Street, a score of points down from the second quarter. Walter Tavares (13 points and 12 rebounds), Yabusele (15 and 4, 4 assists) and Thomas Heurtel (15, 4 and 3) stood out in numbers in a choral performance by the locals. Sergio Llull, Abalde or Handa also did not miss the blow at the table of the 10.time European champion.

Efes, with only Larkin (21 points) as sustenance, was greatly outmatched in the rebound, a 42.18 that also showed the difference in intensity of both teams. Hanga was the one who set the bar high in Madrid in the first minutes, where he also accompanied the success. Larkin had to enter the Turks to score.

Micic, MVP of last season, left with three points, in the last seconds, at halftime, while Madrid began to hit triples in the second set. Llull, Nigel Williams.Goss, Abalde, Yabusele, Madrid opened the gap that would no longer be closed (41.20). Another great news for Laso was the Heurtel.Tavares connection.

With 14 points at halftime from Larkin and that triple from Micic, Efes wanted to get into the game heading into the second half (50.35), but Madrid left the Turks at 13 points in the third quarter. Laso warned very clearly that the restart had to be just as good or better, and the locals confirmed their intentions in defense.

Being Efes, the game still had life, but the champion did not worry. Petrusev (17), a replacement from a Sanli who went to Barça, ended up being Larkin’s unexpected best partner, and Ergin Ataman’s men gave themselves the slightest taste of making up the match in the fourth quarter. Madrid returns to the charge in Europe.