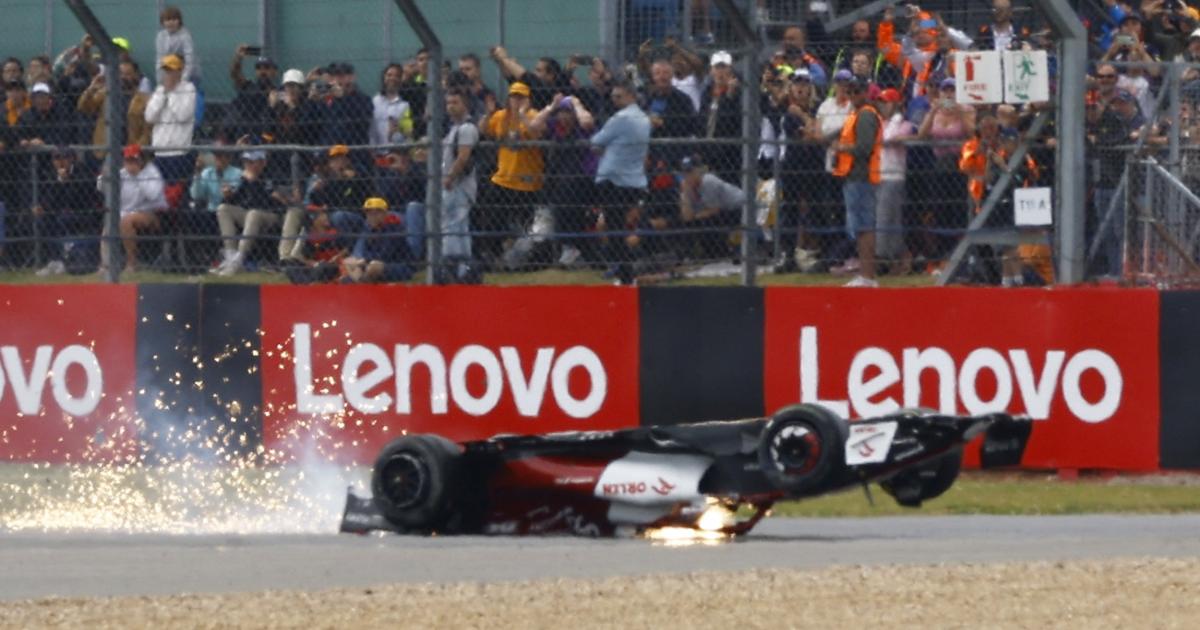 In the mass crash, Zhou Guanyu’s car flipped over, slid on the Halo cockpit protection and flew over (!) the tire stacks into the safety fence. For a few anxious minutes it was unclear whether the Chinese had been seriously injured.

Only after some time did the Alfa Romeo box report that the 23-year-old was responsive and should not have any serious injuries. Zhou was examined more closely at the medical center.

The Thai Alex Albon was also taken to the medical center and then transferred to the hospital in Coventry.

Sad hero of the day was George Russell. Faced with the accident, the Briton jumped out of his slightly damaged Mercedes and rushed to Zhou. “It looked awful,” Russell said. “It was a really dramatic incident.” However, when he got back into his car, he was unable to start the vehicle.

The home race was already over for the 24-year-old.