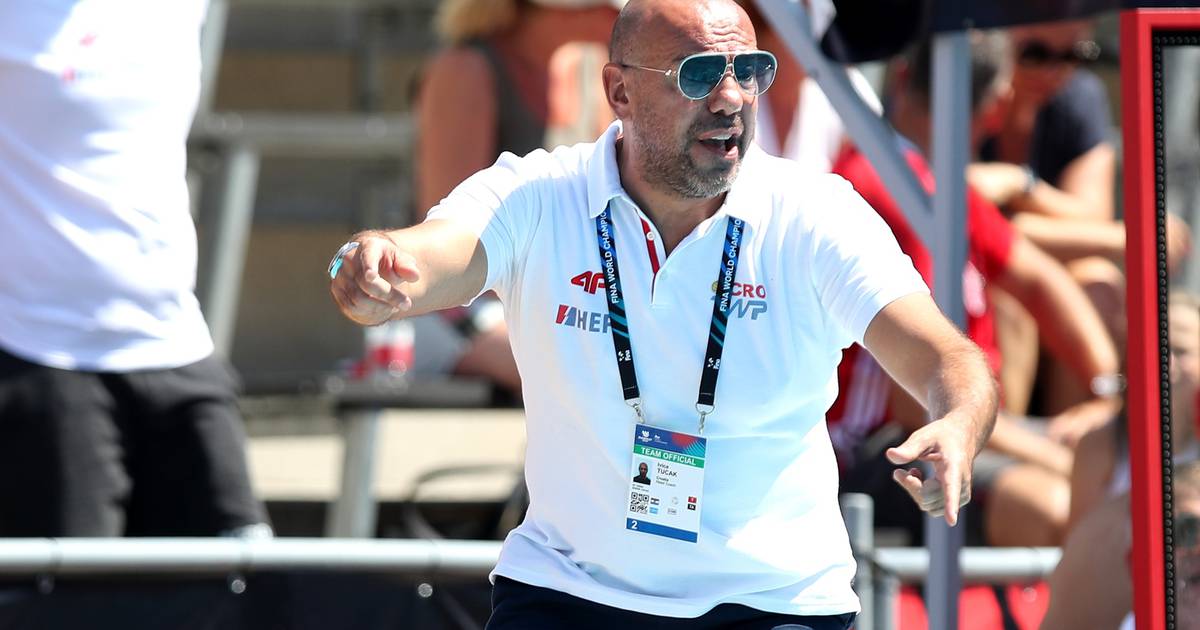 The first time we drew, the second time nothing more than an honorable defeat 9-7. Croatia could not find a way to win against Greece and was left without a medal at the World Water Polo Championships in Budapest after seven consecutive World Cup finishes in the top three.

– I have nothing to complain about the boys, they did their best, me and them. At this moment, Greece is a better national team than us – the coach shrugged Ivica Tucak.

– There was no strength and enough of everything that makes the difference between third and fourth place. First, I would like to congratulate the Greeks, who were better today. The chances we missed are just proof of the difference between a medal and fourth place. We are obviously not yet ready for a medal at a major competition. What we have shown here can be more or less satisfactory in some segment – he continued.

– We didn’t have the necessary concentration, we missed a lot and shot the goalkeeper. But this maturation does not happen overnight, it is a long and painstaking process. Congratulations to the players for their desire and everything they showed. We were coming back, trying to pluck. When we should have charged everything, we made rookie mistakes that cost us a positive result. A medal at a major competition is still a long way off. Good analysis needs to be done, I congratulate everyone on their great desire and fighting spirit. We showed a good game for the most part of the tournament, but when it came to winning the medal, we weren’t right. They are obviously a better national team than us, and we have to work, work, work and only work – said Tucak.

Is fourth place at the WC a good prelude to the EP in Split?

– It can’t be a good prelude if you don’t get a medal. I can see tears on the bench there, this will be hard for some people. But that’s the lesson of sports. If it were so easy to win a medal at a major competition, then all national teams would win it. It’s a long, arduous journey. But all those chances, there are so many mistakes, made actions, missed five-pointers… That’s what you have to pay for one day to be on the podium – concluded Tucak.

Captain Ivan Krapić he is aware that Croatia has failed.

– We wanted that medal with all our hearts, we know how much it would mean to us after all the hardships we went through in this tournament, and the fact that we were short of players and everything. But today we didn’t have calmness in the attack at the beginning of the game, especially in the first quarter, which would have led it in the direction we want. Especially when you don’t score some chances, then you get punished and you concede some goals that you normally wouldn’t concede. And then, after 4-0, it’s hard to come back against this kind of team. And then we came back to 5-4 and had a chance to bring the game to a complete draw, but we didn’t succeed. When so many things come together, then the result will be what it was today – said Krapić.

The coach said that we were not ready for a medal. Will that change in Split in front of 10,000 fans?

– We hope he will. We count on the support of the audience, but it’s not just the audience. We went through school through this tournament, both the semi-finals and this match for third place, I hope that we have gained experience and that we lead these kinds of matches, which are mentally difficult against a quality opponent, in the direction we want, that we use the chances that we create, that the virtues are maximized bring it to level and hide flaws. That’s usually how it is in sports, that’s the goal. I’m extremely sorry that we didn’t make it, a medal from the WC would be a great success for this national team, but whatever, it’s there. Now you need to rest well and prepare for Split. We hope for a better result.

– If you don’t start the match well, this happens. Unfortunately, it happened. We missed too much and were too nervous. But we must have understanding and patience, as we said before the championship. There are a lot of new guys, it’s not easy to play games like this against teams like Greece, who are very patient and solid in defense. Punish every mistake immediately. She proved her quality once again, she is more experienced. We have to carefully analyze the mistakes we made during the WC, learn lessons, and I believe that Croatian water polo faces more opportunities like this to fight for medals. Better in Spaladium? I hope so – said the goalkeeper of Olympiacos.

Andrija Bašić he pointed out the bad start to the match, the “barracudas” did not score in the first 12 minutes.

– I can only say that we deservedly lost, that Greece deservedly won. Kudos to them. We started the game badly again. Why? I do not know. It’s happening to us again, right against them. Attacking is a problem again, as it was against Spain. We will have to learn from all this, analyze it well and see what the problem is. Every time we come back later and consolidate the game, we are actually in the game – Bašić said.

– The start cost us again. They did not play any differently, de facto the same. We know exactly what kind of defense they play. Maybe fatigue was the deciding factor because we played three games without Rin. It is crazy to talk about any reasons and look for alibis. We repeated a bad game in attack, the defense was so-so. But when we play so badly in attack, insecurity creeps into the defense. When we start letting go in defense, we can’t get away with it in attack – he continued.

Croatia played with a rejuvenated team, but after Serbia’s defeat in the quarter-finals, their appetites were probably even greater than fourth place.

– Enough of nervousness, maybe we thought this match was bigger than it actually is. It’s a match for third place at the World Cup, but maybe we shouldn’t have gone in so fascinated. There are seven or eight of us new here, it’s our first time, maybe that played a role. We will learn from this for sure, analyze everything well and prepare as best we can for the European Championship – Bašić concluded.

– The most important thing is, as much as we can, to clear our heads in these two weeks, while we are free, so that we can prepare for the European Championship. It was seen at the tournament how tied it is at the top of water polo. All eight teams that entered the quarterfinals had a chance for the finals, we lost in the end and that’s it. It is up to us to prepare and get up for Split, we have shown that we have quality.