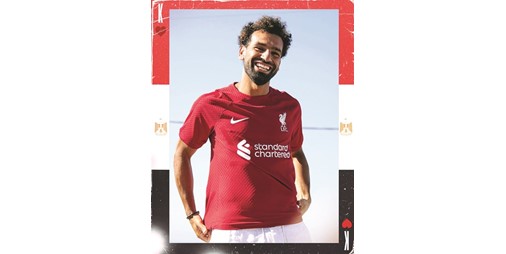 After nearly a year of arduous and long negotiations, Egyptian star Mohamed Salah reached an agreement with his English club, Liverpool, to stay in his ranks after signing a new “long-term” contract, as the Premier League and Champions League runner-up officially announced on Friday.

Liverpool did not announce the details of the new contract, but press reports indicated that Salah will remain with his team until June 2025.

Reports also indicated that Salah will earn between 350 and 400 thousand pounds per week, which makes him in both cases the highest-paid player in the ranks of Liverpool.

The reports added that a delegation including the new sporting director of Liverpool, Julian Ward, was heading to Egypt, where Salah is spending his vacation, to put the final touches on the new contract before signing it.

Salah, who turned 30 last month, said: “My feeling is great and I am excited to win more titles with the club. It’s a happy day to everyone. Finally everything is done.”

“It took some time to renew the contract, but now that this has happened, we have to focus on the future,” he added.

He continued, “You have no doubt noticed that the team has been in continuous development in the last five or six years, and last season we were close to winning four titles, but unfortunately in the last two weeks of the season we lost two titles,” referring to the Champions League that Liverpool lost. His final match against Real Madrid, and the local league, which lost his battle by only a point from Man City.

“We made a new contract and we have to keep working and be positive to compete for all the titles again,” he said.

Salah’s contract with Liverpool expires on June 30, 2023, and the two parties have entered into long and arduous negotiations in recent months in order to renew it, before they reached an agreement the day before yesterday.

Salah scored 156 goals in 254 games for the Reds in various competitions since his move from Rome 5 years ago.