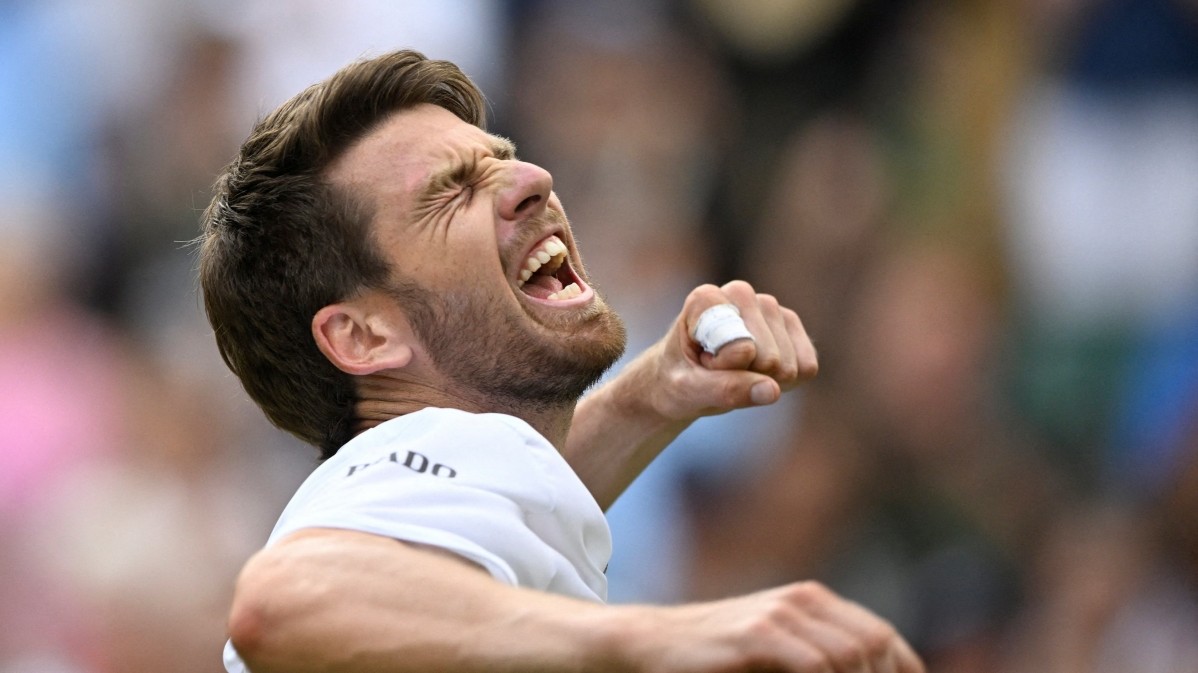 Cameron Norrie, 26, won his round of 16 match at the All England Club on Sunday night, but his work wasn’t over after beating American Tommy Paul 6-4, 7-5, 6-4. Norrie had a number of questions to answer and being British there was no shortage of questions. And they were, well, very British at times. “My newspaper loves to give people nicknames,” said someone on the seats in the press conference room. “We call Wayne Rooney Wazzer. Andy Murray was Muzzer. Is it okay if we call you Nozzer?” On the one hand, this derivation sounded completely plausible. On the other hand, there was an issue of authorship. “That was my nickname,” Norrie replied kindly. But he redeemed the reporter: “You can also call me that.” So Nozzer, it can now be said, is the only one of 17 British players who started the Wimbledon tournament to reach the quarter-finals. Two unique selling propositions at once.

Norrie’s story is special in that he is 12th in the world rankings as the best Brit, but at the same time something tends to be overlooked because so much of it revolved around Andy Murray and Emma Raducanu in the first place. It wasn’t until those protagonists, who drew pages and pages of musings, were gone, and now only Norrie was left, that attention really turned to him. But he handles it very well.

His situation is bizarre nonetheless. Norrie has the attribute of being one of the world’s greatest professionals, while also receiving the least attention. Somehow he likes to be overlooked, also internationally. He is really a likeable person who plays sensitive tennis that looks a bit unusual. He seems to be pushing the balls more than hitting them. Spectacle tennis is offered by others. He’s still good, but – that also fits his situation – even that isn’t enough to prevent criticism.

Die Times featured prominently in Monday’s issue of social media comments in which people lamented: Norrie was born in South Africa! The dad from Glasgow! The mother from Wales! He grew up in New Zealand! He didn’t come to London until he was 17 and only then did he get British citizenship! “My background is just different places,” Norrie replied on Sunday when asked how English or British he felt, calmly emphasizing how much he now likes to live in Putney, south-west London. He likes rugby, cricket, supports Newcastle United. It almost sounded like a job interview.

But it was a charming performance from Norrie, who is now the first Briton to reach the quarter-finals since 2017; back then “Muzzer” Murray got that far at Wimbledon. He took the opportunity to promote himself. “I’m the last one left, everyone could support me even more now.” In what way, he also knew. Viewers would be happy to greet him with “Norrie, Norrie, Norrie, Oi! Oi!, Oi!” cheer. There will be an opportunity to do so on Tuesday when he meets Belgian David Goffin in the round of eight.