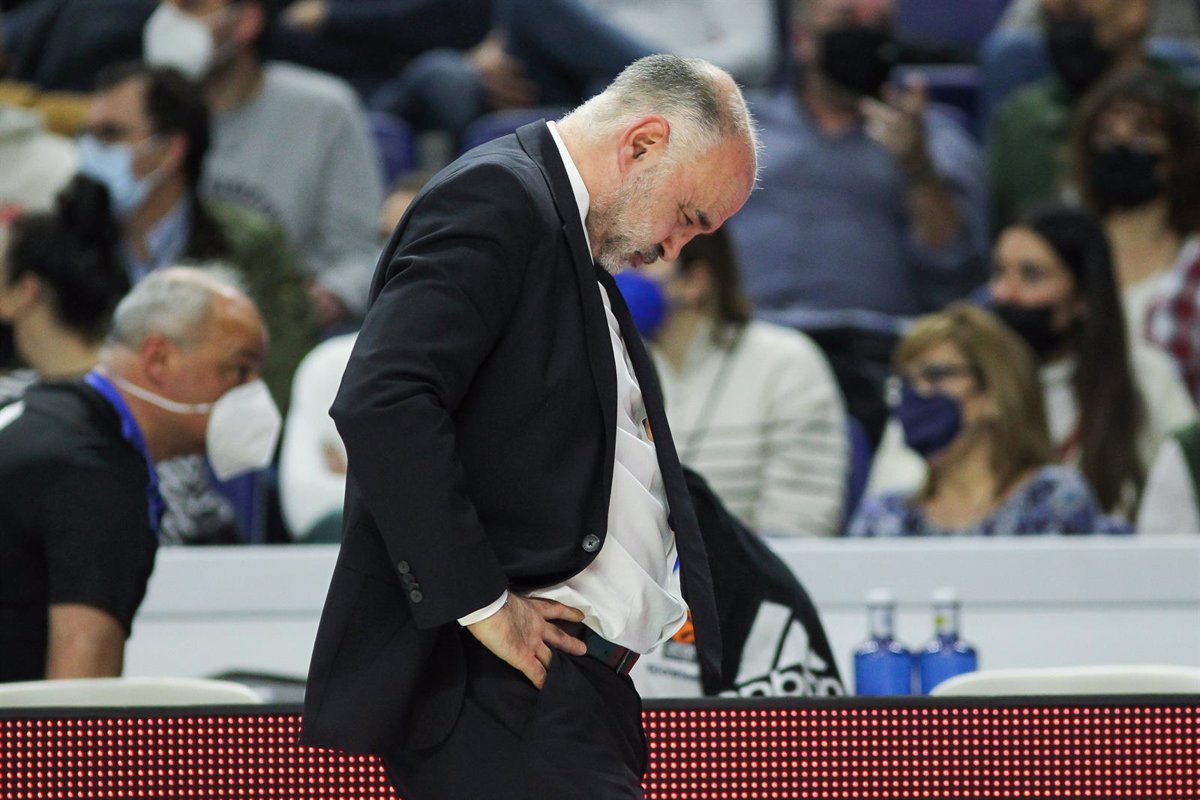 The coach Pablo Laso will not continue next season as coach of Real Madrid basketball, the white club confirmed this Monday, which has ensured that it dispenses with him “for medical reasons solely and exclusively” after the myocardial infarction suffered at the beginning of June , thus bringing to an end a glorious stage in which he has guided the section to 22 titles in eleven seasons.

“Real Madrid CF has made the decision not to keep Pablo Laso as coach of the basketball first team solely and exclusively for medical reasons,” the Madrid entity announced in a statement. “Real Madrid considers that after this acute coronary event that led our coach to undergo surgery and to go to the intensive care unit, not making this decision would be absolutely irresponsible,” he added.

In this way, Laso puts an end to an eleven-year adventure on the bench at the WiZink Center and when he still had one more year left on his contract. The myocardial infarction suffered on June 5 and which forced him to undergo a catheterization has precipitated his departure.

In this sense, the entity chaired by Florentino Pérez explained that he has carried out “several consultations with doctors and specialists in cardiology” and “all of them have expressed the obvious risk to their health that continuing at this time as a staff technician entails.” “The priority for the club is, before anything else, the health of Pablo Laso out of respect and affection for him,” he assured.

In addition, the club revealed that last week they asked Laso to “stop directing the first team” while respecting “the economic conditions established in the contract in full”, while waiting to see “how his physical condition evolved this season and re-analyze the situation in March or April”.

“Real Madrid can understand that this decision has caused sadness in our coach, but nothing, not even Real Madrid, is above anyone’s health, and in this case it is a risk that this institution cannot avoid,” he concluded. .

Laso leaves the club after experiencing a difficult campaign, after signing one of his worst streaks of results on the bench -with 14 defeats in 25 games- and in which he has had to face problems such as removing Thomas Heurtel from the team and Trey Thompkins for disciplinary reasons. Even so, he managed to finish it by raising his sixth Endesa League title.

Foreseeably, Laso’s assistant coach, Chus Mateo, will replace him as head of the team. The 53-year-old from Madrid has already served as head coach in teams such as Unicaja Málaga, Basket Zaragoza or Basketball Fuenlabrada, and has already taken the place of the Vitorian in the last games of the ‘Playoffs’ for the Endesa League title after that he suffered a heart attack.

Since his arrival at the club in June 2011 from Gipuzkoa Basket, the Basque coach has become one of the most successful coaches in the section’s history, winning 22 titles in his eleven seasons on the bench, the last of which was Endesa League 2021-22.

In total, he has managed the white team in 860 games, in which he has achieved 659 victories, making him the coach with the most wins in Real Madrid’s history. In addition, in the 44 official tournaments that he has played as Real Madrid coach, he has reached 33 finals -five of them in the Euroleague-.