Tennis bully Kyrgios provokes in Wimbledon: “I do what I want” 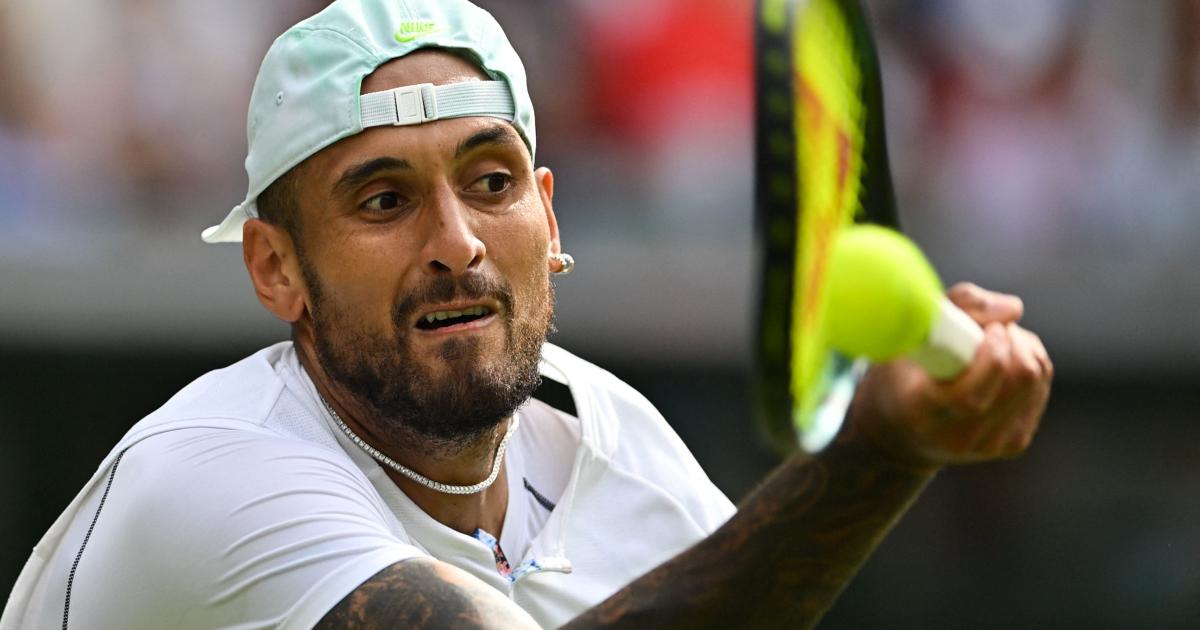 After the scandal match against Stefanos Tsitsipas, bad boy Nick Kyrgios provided a sporting highlight in Wimbledon. After the Fundsatz thriller against Brandon Nakashima, the Australian is in the quarterfinals, where he meets outsider Cristian Garin (CHI). A duel with Rafael Nadal (ESP) beckons in the semifinals. Two fashionable details could get Kyrgios into trouble again – there is a risk of trouble again.

“I need a glass of wine tonight,” said Kyrgios after the win against Nakashima. The crowd cheered, happy that the Australian had focused on his sporting skills this time. No antics. But this time, too, it was not entirely without provocation.

Even before the match, the Australian attracted attention by entering the center court with red and white sneakers and only swapping the shoes for his actual tennis shoes shortly before the match. He also donned a red cap after the match, which he wore during the on-court interview.

A no-go at Wimbledon, as the rules state that the players must be dressed almost entirely in white. From the moment they enter the “court environment”.