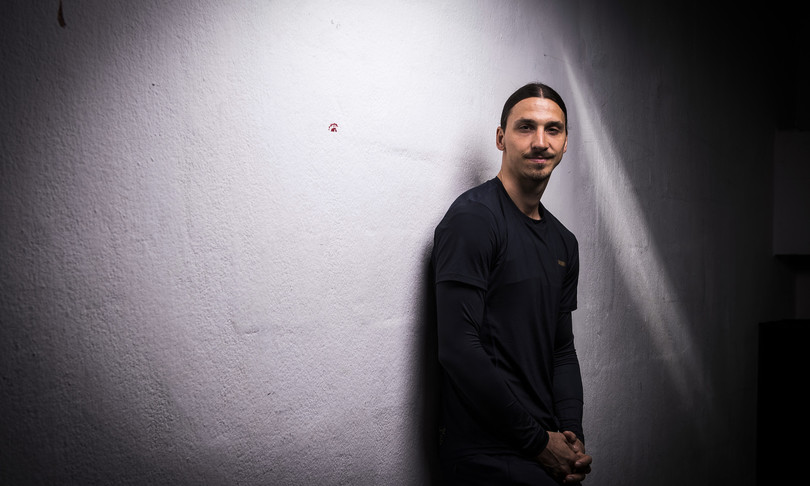 – “Only God can judge me”, says one of his tattoos capable of condensing in a few words 40 years lived without half measures. Loved and hated, between class strikes and bluster, falls and resurrections, on Sunday Zlatan Ibrahimovic turns 40. An important milestone for the globetrotting goalscorer with an immense ego who has been able to transform his football career into an action film: unpredictable and never banal, with a pinch of magic.

Ibracadabra precisely, as his fans have nicknamed him, for the ability to make the impossible seem simple. Reversal goals from midfield, choreographic heels, cannon shots from 30 meters: the Swedish champion, on the pitch as in life, was able to score by combining strength and elegance, ambition and unlimited dedication.

The latest twist came yesterday when Ibra decided to celebrate the birthday in advance with all the Rossoneri staff in order not to distract his teammates in sight of the away match in Bergamo. AC Milan gave him a monumental 22 kg cake with his face and the words ‘Always IZ’, adorned with 500 strawberries to represent the networks scattered throughout the doors of the world.

A dessert to try to make his second birthday with the Rossoneri less bitter since his return to Italy: last year he was forced to blow out the candles in quarantine for Covid, this year the Swedish striker is still in the pits due to achilles tendon discomfort.

Deprived of the European due to a knee operated on by Zlatan celebrate the 40th anniversary and think about the future. Despite the physical crunches, the Swedish star’s goal is to play another season in the Champions League and end his career with a flourish with participation in the Qatar 2022 World Cup. An ambitious and scenographic epilogue, in line with the character, one of the few able to steal the cover from Messi and Cristiano Ronaldo in the last twenty years of football.

A journey that began in Malmoe, Sweden, when the son of Yugoslav immigrants finds in the balloon an escape from a childhood marked by poverty, violence and theft. At 18 with the jersey of the city club he made his debut in the top flight showing his entire repertoire: talent and immense ego, the same that led him the following year to refuse the transfer to Arsenal who dominated in the Premier because “Ibra does not audition”.

The striker lands in the Netherlands, at Ajax, and consecrates himself under the guidance of Ronald Koeman before arriving in Italy. Juventus, the breakaway after Calciopoli, the golden period at Inter, the exchange with Barcelona and the unhappy parenthesis with Guardiola. Hordes of spectacular goals, the bulletin board is enriched with national titles and cups, but the great absentee remains the Champions League, an obsession never exorcised.

The second Italian betrayal arrives with the passage to the other side of Milan: in the Rossoneri he consolidates his hunger for a winner before flying to France groped by the petrodollars of the PSG emirs. After 4 years the pilgrimage resumes: destination England, on his shoulders the Red Devils jersey, where he raises an international title for the first time, the Europa League. Finally, the experience of the American cousins ​​in Mls, with the Los Angeles Galaxy who greets with the usual humility: “Now you can go back to watching baseball”.

The last chapter is the return to Milan in January 2020, with which he celebrates second place in the league and the return to the Champions League, before being blocked by injuries. “I don’t know how many years he will still be able to play – explained coach Stefano Pioli – his body will decide but with his enthusiasm, his will, Zlatan goes beyond difficulties”.

Ibra in the meantime he also had to refuse the call of the Scandinavian selection of which he is the most prolific scorer with 62 goals in 118 appearances. But despite everything, Ibra will celebrate his birthday with satisfaction, an important football goal, especially for those who play in such a physical position. “This, but you know it, is the best reward for your professionalism”, wrote the Italian coach, Roberto Mancini, who owes him in particular the 2008 championship with Inter, signed by his brace in Parma: ” Ibra would have deserved to win the Ballon d’Or ”.

The Swede is currently the fifth footballer (and first foreigner) in the ranking of older players to have scored in the Italian league. At his next goal he will overtake Francesco Totti (39 years and 364 days) but will not be able to beat Alessandro Costacurta’s absolute record this season (41 and 25 days). Record that for 40 years have been the fuel able to push the Swedish champion to exceed all limits