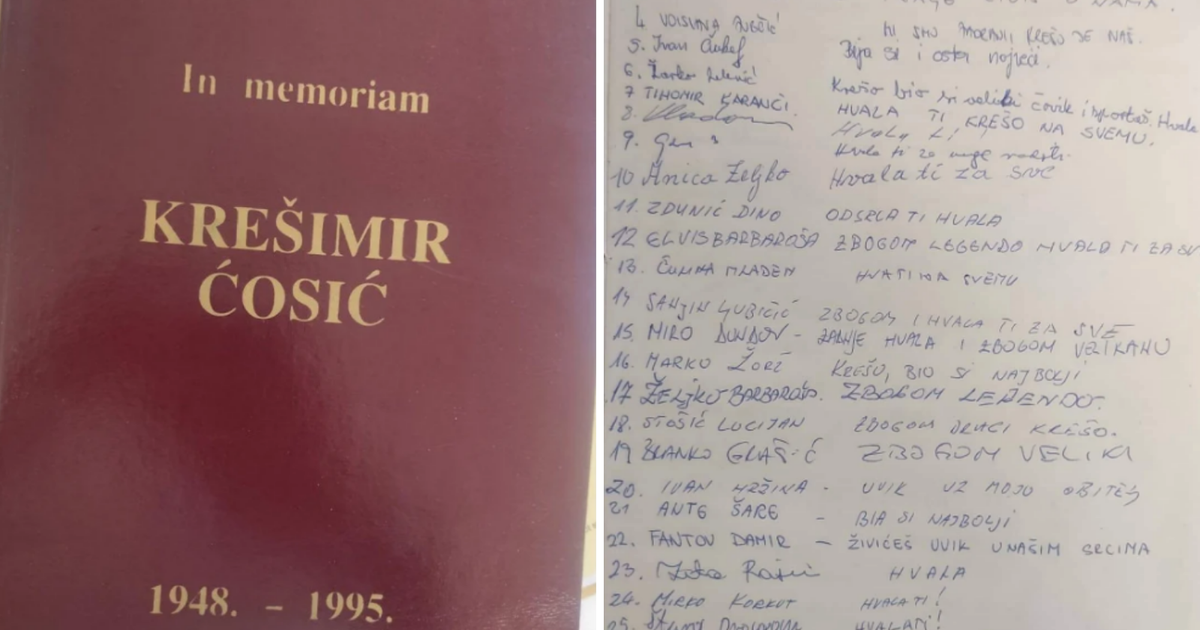 Krešimir Cosić was one of the greatest Croatian basketball players of all time, he was born in Zagreb and grew up in Zadar, where he won his first trophy at the age of 17 in 1965.

With Cibona, he won the Cup of Cups and three championships, life’s paths took him to America. After four seasons in Zadar, he went across the pond, where he played in the USA at Brigham Young University until 1973. And while to this day his jersey is kept in the premises of the University, in Zadar they seem to have forgotten about the good-natured ‘giant’ who left a big mark in basketball.

Zadarski list published an extensive interview with the temporary director of the KK Zadar, David Gunjević, who said that he found the Book of Mourning from Ćosić’s commemoration in the old hall of Jazine, among scattered trophies and pigeon excrement.

– It stood there for 27 years without anyone moving it – Gunjević told Zadarski list.

Ćosić played for the Yugoslav national team at the age of 19 and won two silver medals – in 1967 at the World Championship in Montevideo and a year later at the Olympic Games in Mexico City. At that time, he was also in a kind of European national team, and it was a springboard for him to take a step further.

Ćosić was the first non-American selected in the NBA draft, and he was included in the All American team as the only European, but he never built an NBA career. He was not interested in professional basketball and decided to stay at the university and finish studying economics. He never ran after money and his journey took him back to Zadar, the city where he took his first basketball steps, a city where Ćosić’s book of mourning was in the dustbin of history until the other day.

The Zadarski list reports that the book was saved and will be one of the exhibits in the future Basketball Museum.

Ćosić died in Baltimore at the age of 47 after a short and difficult battle with lymphoma cancer.