RTVE will broadcast a match a week of Primera Iberdrola 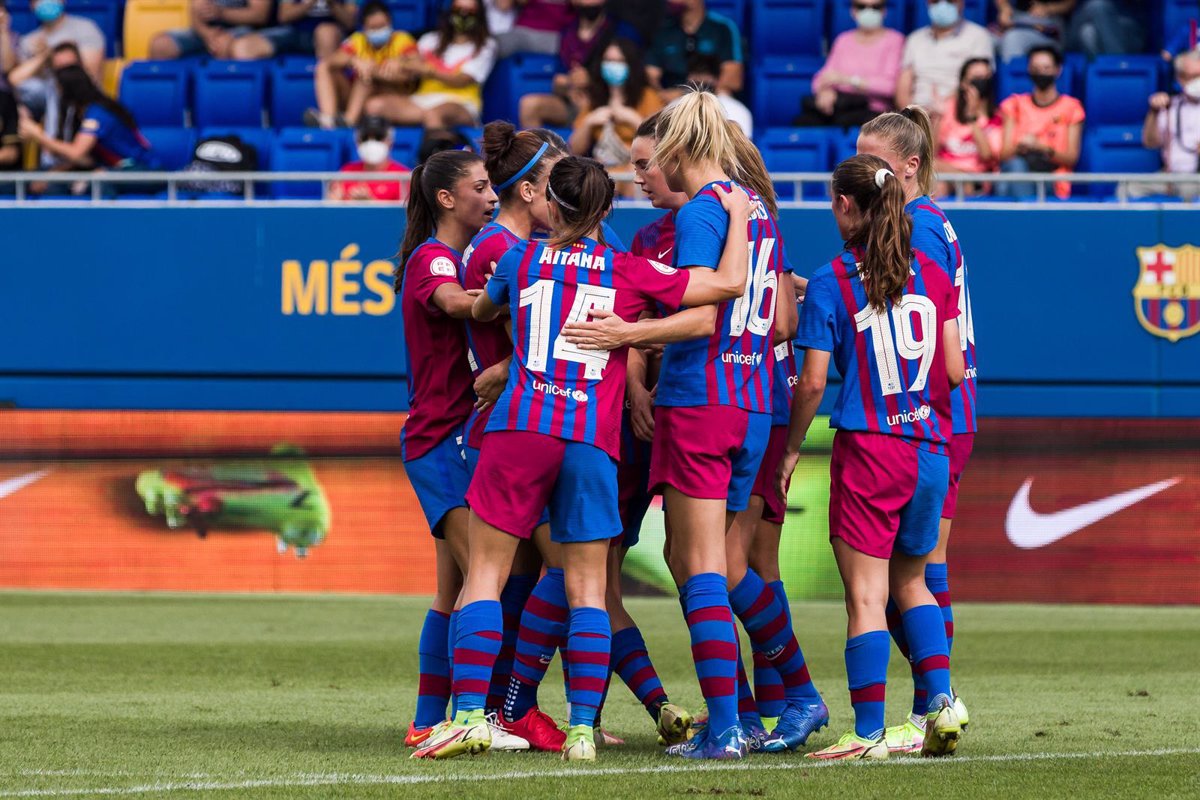 The Primera Iberdrola, the Spanish women’s football league, will be able to be seen again on television starting this week thanks to the agreement reached between the Royal Spanish Football Federation (RFEF) and Radio Televisión Española (RTVE), in charge of broadcasting a match to the week of the championship, in addition to the official and friendlies of the Absolute Spanish women’s team.

The news was confirmed by the general secretary of the RFEF, Andreu Camps, in a meeting this Monday with the media in the Ciudad del Fútbol of Las Rozas (Madrid), where he showed his desire to put an end to what described as “complex situation” in the visibility of the First Division of women’s football, whose matches have not been seen so far by the block by most of the teams of the Association of Clubs (ACFF).

“The Federation, as promised, has reached an agreement with RTVE for the broadcast of a match as it had already been doing and I want to thank their clear will for betting on women’s football. The agreement includes one match a week of the First Iberdrola and all the officials and friendlies of the female Absolute “, indicated Camps.

However, after the rejection by the clubs adhering to the ACFF to the offer made a few weeks ago by the CSD and the RFEF to broadcast the matches on RTVE and through the ‘Footers’ platform, the matches that the public channel may Broadcast live will be those played at home by FC Barcelona, ​​Real Madrid, Athletic Club, Madrid CFF and Deportivo Alavés, with the risk that if the visitor is not one of them they can be denied. The meeting between the Vitoria team and Sporting Huelva, next Saturday at 11.00, is the first scheduled to be seen on Teledeporte.

Camps, who was accompanied by María Tato, director of Women’s Soccer at the RFEF, regretted that at the time of this rejection there was “a lot of misinformation” in the clubs themselves and denied that there was no “consideration” in that agreement. “It was not true and it still is not,” said the manager who recalled that, once this matter was clear, the refusal continued. “It makes one think that it was not what was behind it,” he said.

The federative general secretary insisted that they maintain their offer to stream the rest of the matches and also confirmed an agreement “with various international channels, one from the United States and one from different European countries”, for the live broadcast of a match of each day of the Primera Iberdrola, which does not have to coincide with the one broadcast by RTVE, but with one of the aforementioned five teams at home.

“We understand that we are fulfilling our obligations so that there is an adequate diffusion,” Camps remarked. “It would seem strange to us that the clubs do not adhere and that they oppose and create demands of all kinds,” he warned, making it clear that they could broadcast on RTVE “two or three games if the clubs wanted” and that they are also in agreements with the regional televisions and those that have a channel. “Our premise is maximum diffusion through the maximum number of channels,” he stressed.

In this sense, he ironic about the possibility that ACFF clubs do like last season when they prevented the broadcast of certain games. “Now the demands will be exclusively so that the matches are not seen, but we are convinced that they will not do so because it would be absurd,” he said. “Those who are in this agreement have shown that their will is generosity and solidarity,” he said.

MARÍA TATO: “IF WE PUT STICKS ON THE WHEELS WE WILL NOT PROSPER”

For her part, María Tato indicated that “the homework is done, but it is far from what it should be.” “50 percent of the games are not seen anywhere and that is something that we cannot afford. Do we have a tool as powerful as public television and are we going to allow it not to be seen? Those clubs should make a reflection why they deny bread and salt to their players, “he said.

“What a pity that only one can be seen. We should not do this to women’s football, we do not spoil this with lawsuits or burofaxes, if we put sticks in the wheels we will not prosper. Hopefully we do not get tangled up like last year,” demanded the directive.

Tato, who pointed out that they have “close communication” with all the clubs and that there is no “profit motive” in this matter on the part of the RFEF, affirmed that it is difficult for him to “believe” that there is no union between all of them when it comes to spreading the word. women’s football “on public television”, and ruled out that this blockade is a measure of pressure so that the desired professionalization takes place as soon as possible. “It is the CSD who sets the management, we cannot accelerate or decelerate this,” he warned.