Five Italians on the list for the Golden Ball. It hadn’t happened since 2007 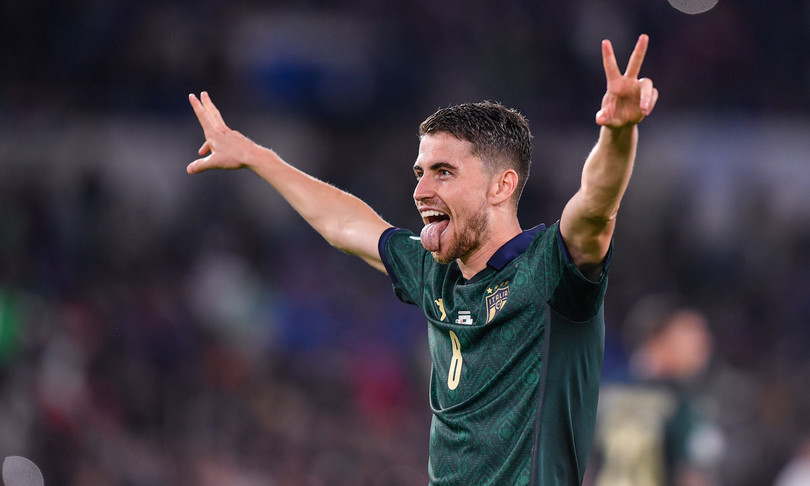 The victory of the Europeans raises the quotation of the Azzurri for the assignment of the Golden Ball. In fact, the jury of the prestigious award established by France Football nominated 5 players from Mancini’s national team: Barella, Bonucci, Chiellini, Donnarumma and Jorginho.

The Chelsea midfielder is the one who has the most chance of winning the trophy because, in addition to the continental title, he has won the Champions League and the European Super Cup with his club team.

On the list of never so many Italians since 2007, the last had been Buffon and Bonucci himself in 2017, but we didn’t have so many players since 2007, when they were seven.

Scrolling through the names, one does not escape from the usual suspects Messi and Ronaldo, without forgetting other champions such as Benzema, Neymar and the Norwegian “starlet” Haaland. last edition due to the pandemic.

In addition to the big names in football the name of Simon Kjaer also stands out, Milan defender and captain of the Danish national team who distinguished himself in the last European Championships for having brought help to teammate Eriksen who suffered a cardiac arrest during the match with Finland.

The last to triumph, in 2019, was Leo Messi who still wore the Barcelona shirt, who put behind the Liverpool defender, Virgil Van Djik and the then Juve striker Cristiano Ronaldo.

Many potential winners of this edition. Starting with Mbappé, PSG star and arriving at Lewandowski, Bayern Munich striker. T.Kanté, another Chelsea midfielder, is also among the candidates, while City counts on De Bruyne, Mahrez, Foden and Sterling. Few chances for other champions like Salah, Modric and Bruno Fernandes.