Perfect evening for Italy, 3 to 0 to Switzerland 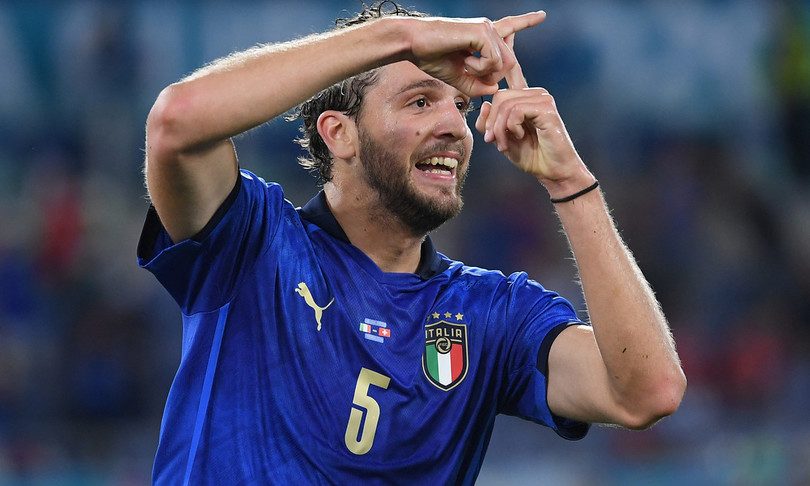 ` – Another perfect evening for Roberto Mancini’s Italy which overwhelms Switzerland as it has already done with Turkey, always the score of three to zero.

And it’s the night of the couple of Sassuolo Locatelli – Berardi playing in perfect harmony, with the first who manages to score his first double in the national team, leaving then to the more experienced Ciro Immobile, the seal of the third goal. Entertainment, victory and mathematics qualification for the second round.

Italy therefore makes two out of two and after Turkey also beats Switzerland, confirming the extraordinary moment of form in these opening bars of Euro2020.

Manuel Locatelli solves the practice with a brace in the net 3.0 against the Swiss with Ciro Immobile. High rhythms, clear game ideas and many opportunities: the Azzurri coach Mancini pick up exactly where they finished last Friday, putting Switzerland in great difficulty from the very first minutes.

At 19 ‘Chiellini broke the deadlock on the development of a corner but the intervention of the Var thwarted everything due to a touch, albeit involuntary, of the arm by the blue captain. Then five minutes later Chiellini himself leaves the field with a problem in his left thigh: Bonucci’s band and Acerbi inside in his place.

But Italy does not change register e in the 26th minute he found the 1.0 goal: a goal from Sassuolo with a splendid dialogue between Locatelli and Berardi concluded by the midfielder who, with the goal unguarded, puts in the ball offered by his partner.

And also in the second half it is always Locatelli to find the goal of 2.0 with a precise left.handed from outside the area that displaces Sommer by actually signing his first double in blue.

The double advantage, however, does not satisfy Mancini’s boys who continue to push up at 90 ‘finding the trio in the final with a shot from outside the Immobile area, scored again after scoring a goal against Turkey on his debut.

On Sunday the match against Wales to decide the primacy in the group, then it will be a knockout phase. Italy is there, it wins, convinces and draws applause but the future of our journey is still to be written.

For the coach Mancini, that of tonight “It was a very hard game but we deserved the victory” and “this team has room for improvement. Many guys are young and have not yet played the European Cups and they have a lot of room for improvement. The luck I have had is to have had good players. I try to explain my thoughts to them. – Then we are all together and so far they have all been very good “.

In seventh heaven Manuel Locatelli: “I’m proud – said the player – I’m part of a fantastic group. I’m one of the youngest, they welcomed me very well. I don’t think I’m immovable. I hope Marco can come back soon because he makes a difference. – The coach makes the choices and we must be ready. Let’s continue like this. The goals are for my family and for the Italians. “

And now let’s go on thinking about Wales against which, as Domenico Berardi said, “we must always give 100%”.