Israeli athletes conquered Tokyo 2020. How do you leverage success?


The podium at the Tokyo Olympics saw two Israeli women on it: Linoy Ashram, who won a gold medal in a great event in artistic gymnastics, and Avishag Samberg, who won a bronze medal in taekwondo; But many other women participated in the Israeli delegation, including Hannah Knyazeva.Minenko, Shira Rishoni, Nicole Zelikman, Luna Chamtai, Omar Shapira and more.

“This is the second time that more than half of the Israeli team for the Olympics are women,” says Nurit Sharvit, who oversees the promotion of women in sports and popular sports at the Ministry of Culture and Sports. “But we are not just talking about quantity, but also quality. The athletes in the delegation had a higher potential and chance of success and winning a medal. We had a respectable representation and very nice achievements.”

How do you explain that?
“The vision of the Olympic Committee, led by Committee President Dr. Thomas Bach, is gender equality at the Olympics.”

According to Sharvit, the situation at the end of the pyramid of Olympic achievement sports does not characterize the base of the pyramid. At the starting point a lower rate of girls choosing to be athletes. “Although there has been an increase in recent years, their number is still low compared to whites,” she says. “Out of 120,000 athletes, only 23% are female athletes, with a significant gap in industries such as football and basketball. In football 3% are women and 19% in basketball. Judo, on the other hand, has made a very significant leap since the success of Yael Arad, and now 33% women A survey by Prof. Yossi Harel.Fish of Bar.Ilan University, conducted at the initiative of the Ministry of Culture and Sports, showed that even in the physical activity habits of teenagers in the fifth and twelfth grades, girls perform half of the physical activity that the boys perform. “

How can the situation be changed?
“First of all, the successes of women in world championships and the Olympics, such as those of Avishag Samberg, Yael Arad, Jordan Jerby and Linoy Ashram, bring many girls to the sport. They see these athletes as an inspiration and a model for excellence. They see them fulfill the dream. They also bring national pride. “And also affect the girls and the parents, create a positive exposure, encourage joining and prove that it is possible to change thinking and say that sports are for both girls and women.”

Sharvit notes that the policy of the Ministry of Culture and Sports also works to encourage girls’ participation in achievement sports. “In the past year, led by Culture and Sports Minister Hili Trooper, the ministry’s director general Raz Froelich and sports director Ofer Bustan, the whole issue of promoting women in sports has become one of the ministry’s main goals,” she says. Prioritize an egalitarian worldview, with an emphasis on priority for women, the periphery and people with disabilities. This is reflected, for example, in the increase in the budget of Athena, the center for the promotion of women’s sports at the Wingate Institute. “

In addition, the ministry has initiated programs in local authorities aimed at encouraging girls to engage in sports. “We also promote management companies within sports bodies, and promote a sports protection program to prevent sexual harassment, so that sports will be a safe and secure place for boys and girls,” she says. “We believe all of these actions will lead to more girls and women integrating into sports in the coming years and bringing more accomplishments.”

So why wait for the next Olympics?
“The achievements at the Tokyo Olympics were very high, and we will always want to improve them. I strongly believe in female power and the more women and girls are involved in both sports and industry management – sports will benefit and bring more achievements.”

Avishag Samberg and the Medal at the Reception in Israel (Photo: Flash 90)

Who is the role model?
“In 2006, for example, only 8.3% of all athletes in the State of Israel, and this is exactly our goal: to increase the number and quality of active athletes in the State of Israel, promote women’s leadership in sports and change society’s attitudes to the importance of sport as a significant factor in training girls and girls.” Says Meirav Oleinik, acting CEO of Athena. “We have many plans. At the Athens Embassy, ​​for example, we train about 30 senior athletes who will serve as inspirational models. You can invite them to schools, to sports associations, to get a lecture at no cost. The Judo Association has the ‘Athena League’ program. 500 girls came to Wingate four times a year and performed joint training with the Israeli judo team. To see a 7.9 year old girl train with Jordan Jerby and see the Olympic medal is definitely a model for inspiration. “

According to Oleinik, one of the important things is not only the recruitment of the girls for the activity, but also their preservation. “All studies show that at the age of 12.13, in the transition between elementary school and middle school, there is a retirement of boys and girls from the sport in which they were engaged,” she says. “The idea is to try to prolong the sports career, to make sure there is no dropout. One of the reasons for retirement stems from social pressure. Who do the girls want to be today? Who are their role models? They want to be famous. What leads them are reality shows. So in our embassy shows we want “Show them that female athletes are a model for inspiration, and those who know how to leverage this, such as the Judo Association, taekwondo and artistic gymnastics, will receive record registrations.”

“When I won competitions and my win was announced in the media, the managers of sports clubs told me that a lot of girls signed up for classes,” describes tennis player Shahar Peer, who participated in the Beijing Olympics, among other things. “The success of athletes in international competitions has an impact on girls and young women. It makes them believe that anything is possible. Not only in the headlines or slogans of a dream, but that one can really succeed. I loved that Linoy Ashram’s mother said that the Olympics are the bonus. “.

How did you feel when you saw the women’s achievements in the last Olympics?
“The whole Israeli delegation was very successful, and that only proves that they did the right job. For women, this is a process that the world is going through, and not just in sports. Women today dare more, are more successful, take the reins, want to succeed and see it in sports as well.”

Athlete Esther Roth Shakharov, one of Israel’s leading athletes of all time, also sees the respectable representation of women in the current Olympics as part of a process related to the status of women. “In my time women were out of bounds in a lot of industries,” she says. “There were many professions that were considered masculine and a woman could not participate in them, such as a triple jump. There was no marathon for women, there was no pole vault, there was no hammer throwing. They thought a woman was weak, the stigma on women was different. “Children. Over the years the perception has changed, today we know that a woman can do everything, even be a squadron. Today a woman is also beautiful, she also bakes, does everything. Everyone has the opportunity to do the thing she is good at, according to her special skills.” 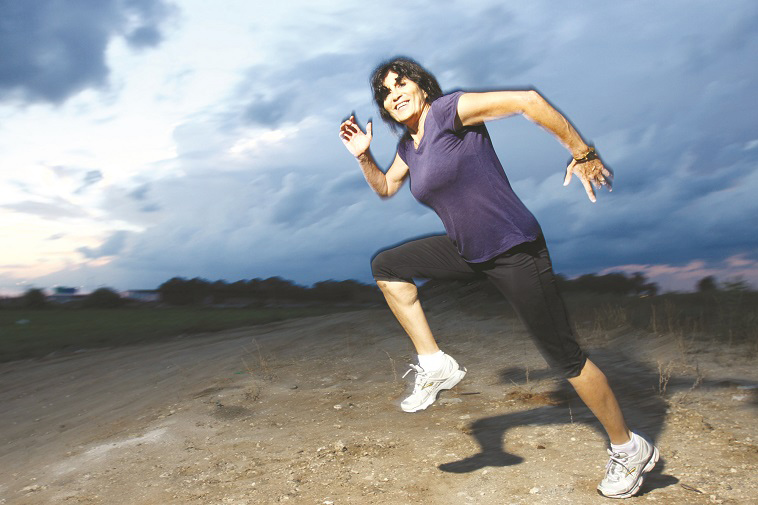 “For about a decade, the Olympic Committee, together with the Ministry of Culture and Sports and the Achievement Sports Unit, has set itself the goal of significantly cultivating the achievement of Olympic athletes in Israel,” says medalist Yael Arad, currently chair of the Israel Olympic Sports Committee and board member. “The Council for the Advancement of Women’s Sports, with the significant budgets that have arrived, have given a strong windfall and made it possible to invest in athletes and teams larger sums than usual and build long.term projects.”

Like what, for example?
“One of the weaknesses has always been the retirement of adolescents, and this issue has received very significant attention both in the unit and in the committee and in ‘Athena.’ “Or as elected principals. All of these helped retain girls in the national team and transfer them to adulthood, as well as investing in the development of their achievement ability.”

“In the previous round at the Rio Olympics, we already came with good women, led by Jordan Jerby, and the goal was, among other things, to win a medal by a woman, because since Barcelona we have not won,” says Arad. “We also wanted a medal in a new industry. We got there and we succeeded. We came to the Olympic Games in Tokyo with leading athletes in their field and with a lot of ambitions. In the end result, they stood out in an impressive and inspiring way.”

Budgets, as mentioned, are an integral part of achieving the goal. “Even if the potential is high, there are still sports associations that do not budget equally for men and women in the national teams, and I am also talking about the graduates. In this, too, we must strive for equality,” says Oleinik. “The Ministry of Culture and Sports aims to promote equality and give significant space to both female and male athletes in the field.”

How do you see the next Olympics?
“We hope that in the next Olympics, whether in Paris 2024 or Los Angeles 2028, we will see a very significant expression of this issue. A significant part of the socio.cultural change should also come with the help and understanding of the Ministry of Education. “It is definitely a move that will change and lead to an important and significant consciousness in our perception and social being.”