Argentina, close to Qatar 2022: what is needed to qualify? 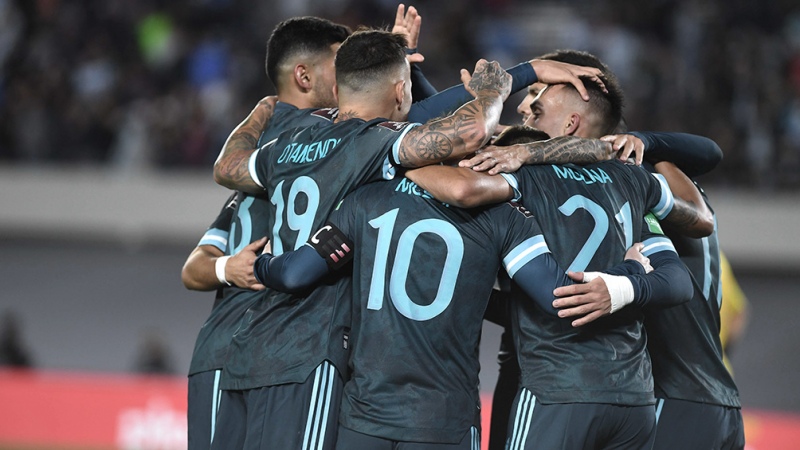 The Argentine soccer team was close to getting into the Qatar 2022 World Cup after the recent triple date of the South American Qualifiers in which he equaled Paraguay (0-0) in Asuncin and beat Uruguay (3-0) and Peru (1 -0) in Buenos Aires.

Argentina has 25 points – pending the resolution of the suspended game with Brazil, which in principle will be won in November – and takes nine units from Uruguay (16), currently in the playoff zone, when 18 (six games) remain. dispute.

That is, if FIFA rules in favor of Argentina, as is rumored and they trust the Argentine Football Association (AFA), the advantage will be even greater (12) with the “Celeste”, which you visit in Montevideo during the next double shift in November.

The AFA has already done its work off the pitch with the request for points in the South American superclassic, when it presented in September the qualification of the players by FIFA and Conmebol, but the CBF of Brazil insists that they were violated ” sanitary regulations “and who were also” surprised “by the actions of Anvisa, the Brazilian health agency.

Argentina will be able to seal the ticket to the World Cup on the next double date.

The officials broke into the Corinthias Arena and wanted to deport Emiliano Buenda and Emiliano Martnez, from Aston Villa; and Giovani Lo Celso and Cristian Romero, from Tottenham, for having falsified the declaration of entry into the country in the midst of the coronavirus pandemic.

While waiting for the resolution of FIFA -the Swiss Gianni Infantino will arrive this Monday in the country-, the president of Conmebol, Alejandro Domnguez, warned that the matches are “won on the field”, but the truth is that the calendar does not have margins to add another match, even if it was played in Europe to avoid travel and rallies.

Lionel Scaloni himself asked a week ago for a “prompt” resolution to avoid facing Brazil on Tuesday, November 16 in San Juan “without knowing the result of the first leg.”

In this way, and without counting these three units, Argentina could practically seal the ticket to the World Cup on the next double date, in which it will have the Rio de la Plata classic and the superclassic with the Brazilians.

Argentina could practically seal the ticket to the World Cup on the next double date, in which it will have the Rio de la Plata classic and the superclassic with the Brazilians.”

To ensure its ticket to the 2022 World Cup, without depending on the FIFA ruling, Argentina needs to win its next two games and that two of the following possibilities occur: that Uruguay does not beat Bolivia in La Paz on date 14; that Colombia or Ecuador do not win either of their two parties or that Chile does not prevail in their two commitments.

Compared to the previous classifications, since the road to the 1998 World Cup in France, when the two-lap free-for-all system was implemented, it should still reach it -without looking at the final position-, with 30 points or more.

In that qualifying round, which did not have Brazil -champion in 1994 and classified directly-, Daniel Alberto Pasarella’s team obtained 30 units with 16 games. Chile was the last classified, with 25 points (lost out with the same amount). Four squares were put into play.

In the following period, with Marcelo Bielsa on the substitute bench, Argentina paraded from end to end (43 points) and took 12 from Ecuador, the surprise and escort.

For that time, the undefeated was yielded on the sixth date, when Brazil defeated him 3 to 1 at home. That exit was the only defeat, on a road that had 13 wins and 4 draws.

With Bielsa on the substitute bench, Argentina paraded from end to end.

Paraguay was the last to qualify directly, with 30 points. Uruguay should have gone to the playoffs with 27 and ah beat Australia.

Another loose classification was given for Germany 2006, a cycle that had Bielsa until the eighth date when he ran out “without energy” and then was led by Jos Pekerman supported by a magnificent Juan Romn Riquelme -not mentioned by his predecessor-.

Argentina finished second, with 34 points -the same from Brazil- and Uruguay was again fifth with 25 -cay in the playoff with Australia-. This passage will be recorded in the future because in Germany the debut and first goal of Lionel Messi in the World Cup took place.

Already in 2010, for South Africa, in a period shared and suffered by Alfio “Coco” Basile (until the 10th) and Diego Maradona, the last came when Mario Bolatti sold the passage on the last date in Montevideo over the rival direct for the fourth and fifth place. That day, Argentina won by 1 to 0 and reached 28 points, sending Uruguay (24) to the playoff again. The leader was Brazil, with 34.

Quite the opposite happened with Alejandro Sabella, beyond a surprise defeat with Venezuela (1-0) in the middle, and without Brazil in the middle because he organized the 2014 World Cup, the arrival was on track, being the first (32) in 16 games . Uruguay, already subscribed to the playoffs, entered with 25 for the worst goal difference with Ecuador.

The suffering to set foot in Moscow and play a forgettable World Cup in Russia 2018 was at the height of 2010. In the last date, with a huge Messi, Argentina -the tournament had Gerardo Martino, Edgardo Bauza and ended with Jorge Sampaolii- they won to Ecuador by 3 to 1 in Quito. He finished third, with 28, far from the best: Brazil (41) and close to Per (25), who went to the playoffs.