The two big matches that could seriously orient the championship 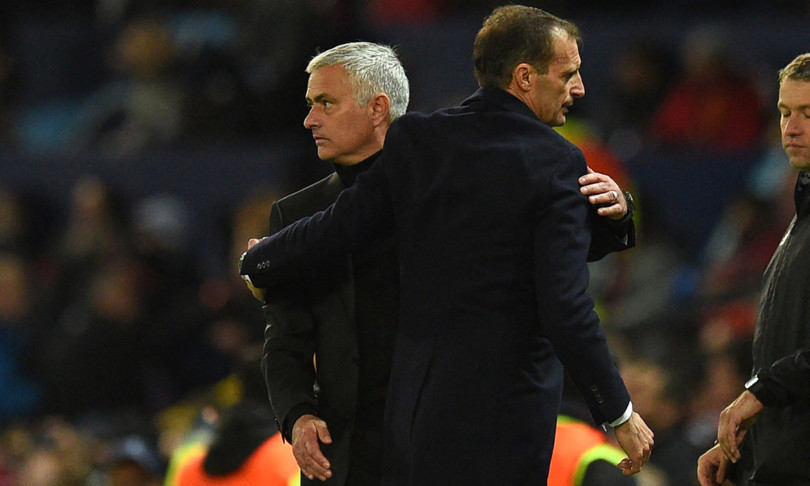 After the break for the national teams, the championship and Serie A are back with the eighth day. In the rich program that will unfold between Saturday and Monday evening, two big matches stand out: Lazio-Inter and Juventus-Rome. The Olimpico match, scheduled for Saturday at 6 pm after the salvation battle between Spezia and Salernitana, will have a very particular flavor: it will be Simone Inzaghi’s very first return to what has been his home for many years. More than twenty years of career between the field and the bench with the Biancoceleste club, seasoned with several trophies and an unconditional love from his old fans, with whom he left a bit bitterly in the summer.

The challenge with Maurizio Sarri, who will have the obligation to cancel the last bad defeat in Bologna, promises to be exciting. The precedents between the two technicians, seven in total, smile at the Tuscan: four victories for the current Biancoceleste guide, who won on three occasions with Napoli and in one at the time of Juventus.

Then a draw in the first head-to-head ever (Napoli-Lazio 1-1 in 2016) and two victories for Inzaghi, the last of which is certainly heavier in the 2019 Super Cup final won with a 3-1. Few training doubts to be resolved on the eve: the most important concerns the conditions of Lautaro Martinez on his return from Argentina.

The ‘Toro’ played and scored in tonight’s match won by the albiceleste, but will be awaited by a long return trip, complete with a jet leg, which will keep him in doubt until the last minute.

For the rest all confirmed with Handanovic between the posts and the trio supporting him formed by Skriniar, de Vrij and Bastoni. In midfield, Barella, Brozovic and Calhanoglu will make up the middle line with Perisic and Dumfries (ahead of Darmian) on the flanks. In attack, the only safe in the place is Dzeko, as Sanchez and Correa (another great ex) are also returning from South America.

As for Lazio, however, the formation will be practically the same seen in the first days of the championship (except Acerbi out due to disqualification). He will return from the first minute Immobile and this will be the big news for Sarri, who will once again choose Pedro and Felipe Anderson on his sides to complete the attack.

Milinkovic, Leiva and Luis Alberto will act in midfield, while in defense the only doubts concern Marusic and Patric, threatened by Lazzari and Radu. Sure of the place Hysaj and Luiz Felipe, as well as Reina between the posts.

Mourinho-Allegri will also be played on Sunday

On Sunday evening, instead, it will be the turn of Juventus and Roma to ignite the eighth matchday of Serie A. A historic rivalry between the two teams and the two supporters made even more vibrant by the return of Jose Mourinho to the Allianz Stadium. The last time of the Portuguese in Turin was on the evening of 7 November 2018, on the occasion of a Champions League match between the bianconeri and Manchester United.

The red devils won 2-1 and at the end of the match the current Giallorossi coach put his hand to his ear, inciting the Juventus fans who had ‘teased’ him throughout the game. The relationship between the Special One and the Juventus fans, in fact, has always been particular since Mourinho was at the helm of Inter.. Now there is curiosity and expectation in understanding how this new chapter of the story will evolve.

in the meantime Mourinho is ahead in the head-to-head with Max Allegri: eight precedents, four victories for the Portuguese and two for the Italian, there are also two draws. Meanwhile, the two coaches are waiting to understand the conditions of their players, including various ailments and late returns from their national team commitments.

For Juve, Szczesny will certainly play in goal, with de Ligt and Bonucci forming the central pair. The Bianconeri doubts are on the flanks, because Danilo and Alex Sandro were involved in the night with Brazil and therefore could find space from the beginning De Sciglio and Luca Pellegrini.

Bentancur also risks ending up on the bench to make way for one between Mckennie and Arthur, while Locatelli, Cuadrado and Bernardeschi are practically sure of ownership in midfield. Forward will be the turn of the blue duo Kean-Chiesa, with Morata unavailable and Dybala out of condition.

At home in Rome, Abraham’s situation has to be assessed, injured against England and to find out if he will be able to recover in extremis. Possibly space for Shomurodov first striker, supported by Zaniolo, Mkhitaryan and Pellegrini (recovered after the flu). In midfield Cristante and Veretout, while in defense Vina (returning from Uruguay) will probably be asked to make an effort on the left wing.

Behind then everything confirmed with Karsdorp, Ibanez, Mancini and Rui Patricio to complete the backlog.

The Saturday program also includes the salvation battle between Spezia and Salernitana at 3 pm, with the Campania region chasing the second consecutive victory against an opponent who has returned from three knockouts. At 20.45, instead, Milan-Verona will be staged: despite some heavy absences, the Rossoneri will try to continue their race in the high-ranking plans.

Sunday the lunch match will confront Cagliari and Sampdoria: the Sardinians have absolute vision of hitting the first victory. Following Atalanta will have the obligation to get up again in Empoli after a single point won in the last two rounds, Genoa and Sassuolo will compete in a match that could put those who are defeated at risk, while Udinese-Bologna is giving away heavy points. for mid-table areas.

At 6pm the leaders Napoli will receive Torino: the goal for Spalletti’s team is to hit the eighth victory in a row and defend the first place. In the ‘Monday night’ between Venice and Fiorentina, the viola will try to confirm the good start of the season that sees them momentarily in fifth place.