The rise of Manuel Locatelli, from the rebirth in Sassuolo to the Wembley dream 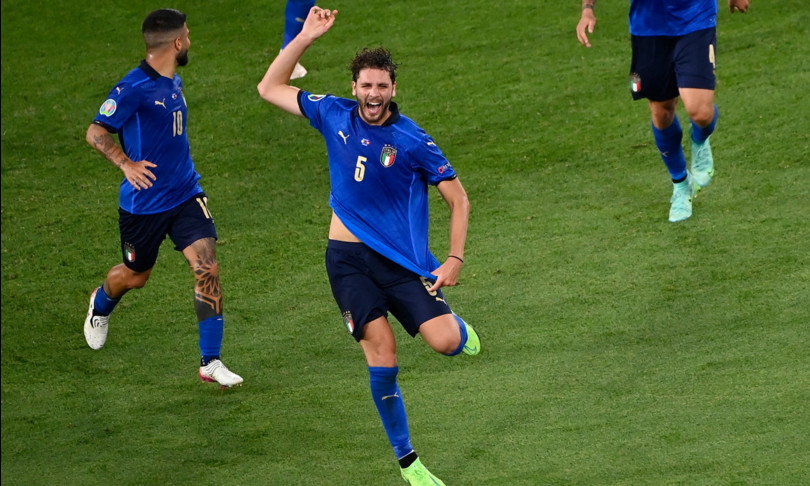 ` – A brace to spread Switzerland and that race to the bench with arms wide open, like Tardelli in the 1982 World Cup final- With Italy breaking the pass for the round of 16 of the European Championships and the ‘Man of the match’ award after a sumptuous match- A dream night for the Sassuolo midfielder, Manuel Locatelli, who landed in Coverciano a few weeks ago as Verratti’s deputy appointed and became, thanks to the absence of the PSG player, a central pawn of the team coached by coach Mancini-

“There was a lot of work behind this race- I am proud, I am part of a fantastic group and I am happy to be here- I got there thanks to hard work ”- These are the first words at the end of the race, unlocked thanks to a restart on the black-green axis with Berardi: opening by heart on the right and running 50 meters to receive the return support of the teammate inside the area- But the real gem is the second, with a razor burn from outside the box to the low corner, a immobile Swiss goalkeeper and the Olimpico exploding with joy-

“The first goal was born from a beautiful assist from my friend Berardi – says the 23-year-old midfielder – the second is for all the fans who have suffered- Usually I don’t accompany the action like this but I had a bit of madness and I ended up like this- In all, they score three goals in 12 matches for the national team, un’avventure started last September 7 with the debut in Holland and culminated with the first seal against Bulgaria on the occasion of the qualifiers for the 2022 World Cup-

But Locatelli’s journey, now in the spotlight and at the center of transfer market plots with Juventus in the front row, starts from afar- From Lecco, in Lombardy, where the young Manuel grows up among the Atalanta and Milan youth teams- At the age of 11, the great leap from Bergamo to Milan, with the Rossoneri’s jersey up to the first team-

Manuel is a solid central midfielder, good at blocking and defensive, with a polite foot to exploit in case of insertion- The debut in Serie A with Milan is that of a predestined: at 18 he becomes a starter with Montella and after a handful of appearances he scores a goal in the match against Juventus- A few months he raises his first trophy, the Italian Super Cup, again against the Old Lady-

It seems the beginning of an irresistible rise but the arrival in the summer of Biglia in the median limits its space, the performance drops and Milan decide to lend him to Sassuolo the next year- In Emilia, under the guidance of De Zerbi, Locatelli is reborn and becomes one of the team’s technical leaders- After a couple of good seasons, the consecration comes in the last championship, with 4 goals and 1 assist in 34 games-

Locatelli establishes himself as a central midfielder in the black-green 4-2-3-1 and contributes to the excellent season of Sassuolo who, thanks to a proactive football, conquers eighth place in the standings- The call to Azzurro is the logical consequence and now Locatelli’s dream is to bring a bit of Emilia to Wembley-

Now in fact it is no longer obvious that with the return of Verratti it is he who will have to sit on the bench– With him in the national team there are also two club mates: the winger Berardi and the young striker Raspadori- And Acerbi, now in force at Lazio but established himself in Sassuolo-

There is no shortage of options for the future, many big names have set their sights on the defensive director but Locatelli avoids any question about where he will be at the end of the European Championship: “Now I don’t want to think about it, I enjoy the evening-” Juve, with Allegri giving the green light for the investment-

Sassuolo asks for 40 million euros in cash, the bianconeri try to lower the price by inserting some technical compensation- But there is no lack of foreign competition: after PSG, with the ds Leonardo who has known him well since the days of Milan, Manchester City and Chelsea have also moved, confident in achieving a similar deal, in terms of modality and role, to that of Jorginho- Real Madrid, who surveyed the player and Arsenal, also remain at the window-