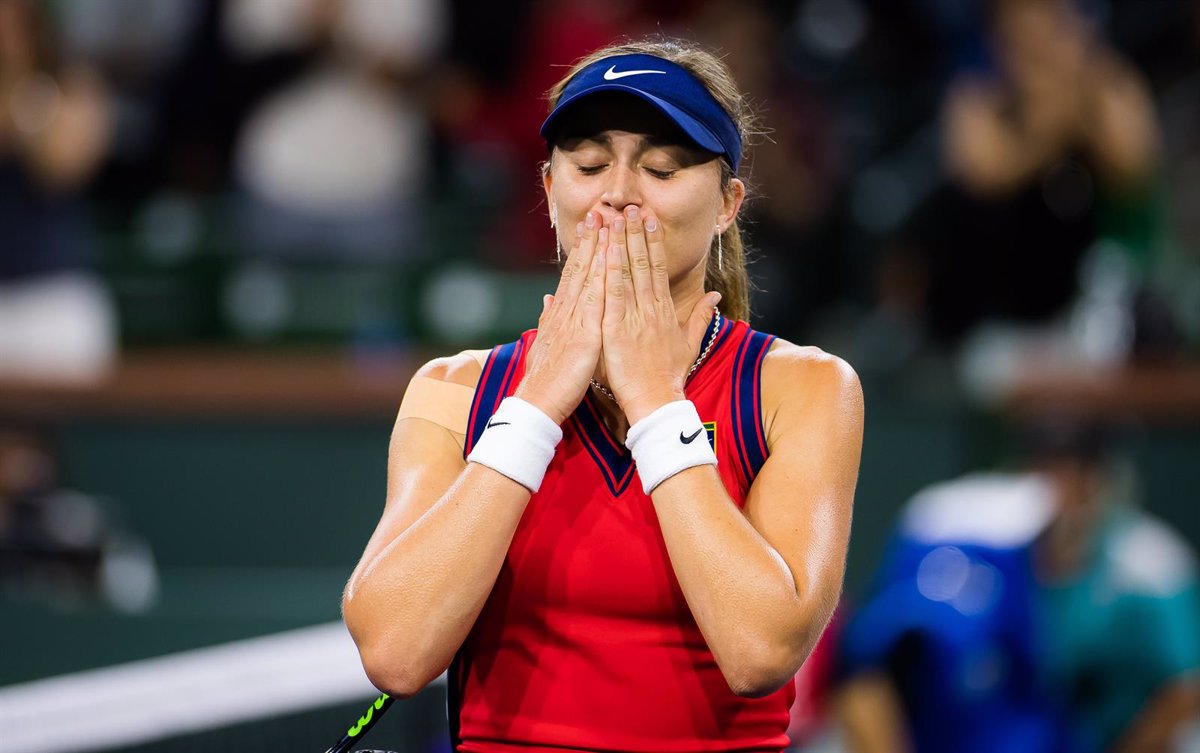 Catalan tennis player Paula Badosa achieved this Sunday the most important title of her sports career by conquering Indian Wells (United States), in the WTA 1,000 category and which is disputed on hard court, after beating Belarusian Victoria Azarenka in three sets 7- 6 (5), 2-6, 7-6 (2) and become the first Spanish to win this tournament.

More than three hours it took Badosa to lift the biggest trophy in his record at 23 years of age and finally put the name of a ‘Armada’ player on his record. Until now, the two finals played in the 90s by Conchita Martínez were the greatest achievement, surpassed by the Girona after a marathon and tense final, where she was close to losing it before awarding it to a former world number one who, despite her greater experience He also had vertigo when he seemed to have everything going for him.

And it is that Badosa was against the ropes and everything indicated that he would miss his opportunity. From being 4-4 ​​and 40-15 in his favor, he went down to 4-5 and with 30-0 in favor of an Azarenka that was launched at that time. But the Belarusian, double champion in Indian Wells (2012 and 2016), did not take advantage of her opportunity and the Spaniard rebuilt herself until she sentenced her victory in ‘sudden death’. A success that will place her among the best in the world this Monday in the WTA ranking when she will appear in the ‘Top 20’ after starting 2021 in 70th place.

It was an even duel except in the second set where Minsk’s was absolutely devastating against her rival, which she overwhelmed with winners (14) and with very precise tennis and hardly any errors. Of the three hours and six minutes that the game lasted, only 33 were invested in a second heat, nothing similar to what was seen in the first and the third and final.

However, the Spanish was the first to break, in the seventh game, an advantage that was not worth it, as well as the one she had with 6-5 and serve. The former world number one saved both situations and came close to doing so in the tie-break when she started 4/0 down and equalized five. The Catalan held on mentally and managed to get ahead on the scoreboard.

After the dominance of the Minsk in the second set, it went to a third where it was Badosa who hit first with a ‘break’, instantly replicated by her rival. From there, balance until the key moment of the eighth game where the Spanish, with a double fault, her ballast in the match (11 in total) and three other errors in ‘easy’ balls, delivered her serve to be 4-5 down.

The title seemed to drift away for Badosa when Azarenka went 30-0 and had a ball in the middle of the court for 40-0. But the Belarusian crashed into the network with everything in her favor and it was then she who entered an unexpected spiral of failures that returned the Catalan to the party.

The two saved their serves with solvency to reach the definitive ‘sudden death’ where the Spanish tennis player again brought out her best shots to gain an advantage. The former world number one did not have an answer on this occasion and Badosa found a free way to collapse with joy on the track.