“I isolate myself from everything,” Nicol says, explaining how he became the Italian darts champion. 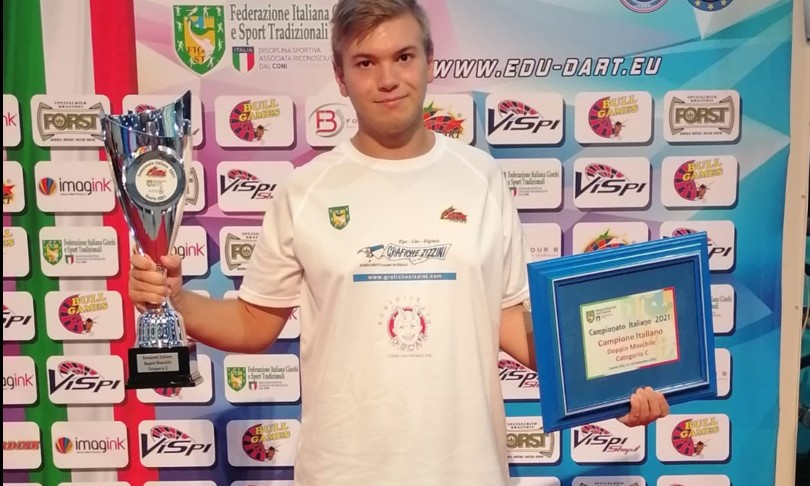 Despite the fact that it is still a little-known sport in Italy, darts is producing its first young stars: the most promising is Nicol Mochi, an eighteen-year-old from the Marches who won the Italian championship in the Caorle national tournament in Veneto at the end of September.
Nicol, who was born on September 11, 2003, won third place in the single category C with his partner Sabino Cianci.

In an interview with , the child from Montegiorgio, a small hamlet in the province of Fermo in the Marche region, says, “It was a big emotion, even before the race ended, I was thinking what I would feel if I had won, I almost felt I would break into tears.”

Nicol won home two trophies in the Soft Dart (darts with a plastic tip) specialty, explaining how his interest began: “My father, who has been playing darts for a long time, encouraged me to start playing five years ago.
I watched him play and saw how often he won, so I decided to give it a shot.
I began with the Under 14 squad, quickly achieving positive results, and gradually progressing through the categories “..

“To prevail in this activity, you must first maintain complete attention,” adds Mochi. “You must detach yourself from everything around you.” It’s not easy; you’re constantly a little nervous.
You must train extensively; for example, in the days leading up to a tournament, I train at least a couple of hours per day; in routine championships, I only train a few evenings or even from home.
Then there’s the fact that I’m finishing school. I’m in my fifth year at the Montani Technological Institute, and I’m hoping to graduate with honors “..

Nicol, on the other hand, has no plans to abandon darts: “In June next year, I will represent Italy at the European Championship, like I did with the Under 18s two years ago, finishing a respectable third.”
That is the most important event on the calendar, and I want to be as prepared as possible.”

Darts is not a well-known sport in our nation, but it has exploded in popularity in recent years.
It is becoming increasingly popular around the world, and enormous sums of money are exchanged between awards and television rights.