“I’m not happy when I lose, but the team is strong” 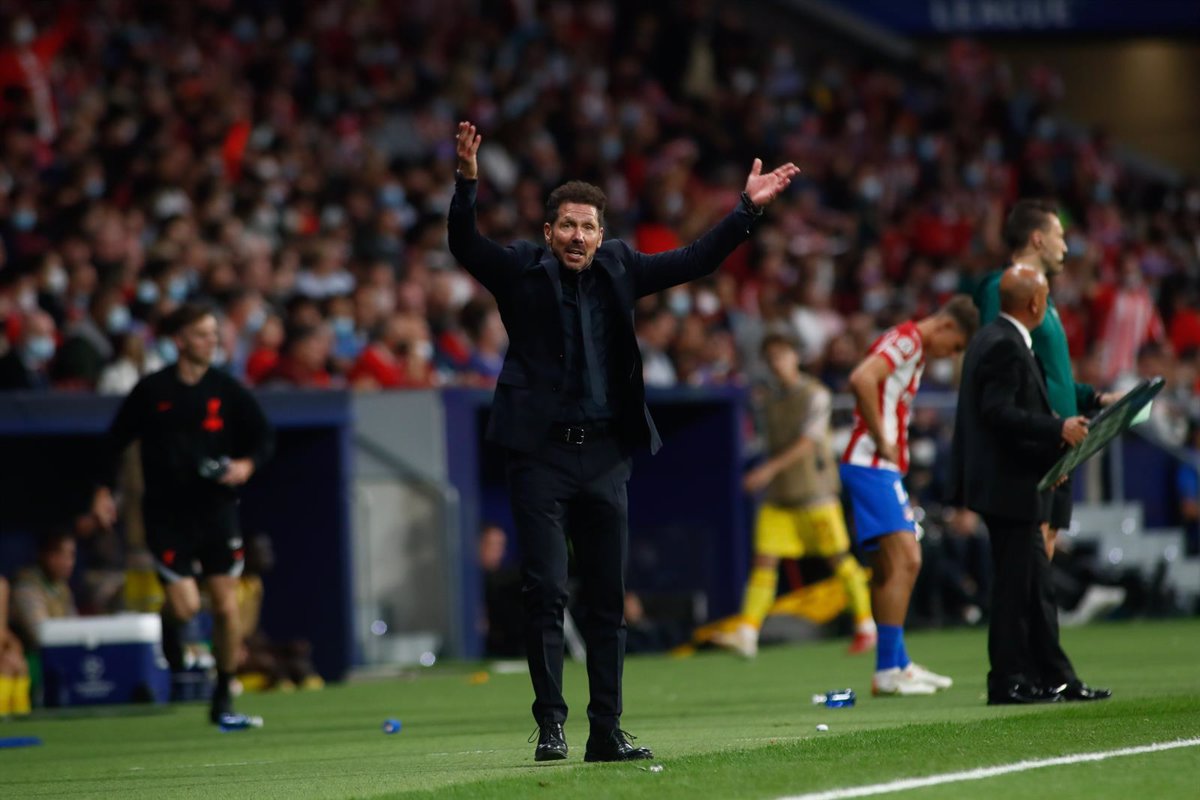 Atlético de Madrid coach Diego Pablo Simeone assured that he cannot be happy when he loses after losing to Liverpool (2-3), but underlined the strength of his players to replicate the good start of the English team.

“I don’t want to be left with luck or no luck. Another team would have collapsed with this beginning and here the opposite happened. The team responded very well, won duels and we attacked space to hurt them. 1-2 and the 2-2, but then also the chance of Joao, Lemar and Griezmann “, analyzed the Argentine at a press conference.

“In the second half we also had the clearest chance but his goalkeeper stopped again twice. And the expulsion came, the penalty, the other penalty does not charge and that’s it. It was a beautiful game with protests from each side. The referees they favored us last week in Milan and today – possibly – the opposite happened, “he said.

“I do not feel harmed by the referee. I can protest, get angry on the field but in the same way that they are correct, they are also wrong. The same thing happens to us. The Giménez penalty? He said it was not, it was not. And the red one says that it was, nothing happens beyond that -obviously- we claimed what we could, “he said.

However, Simeone is left with the “great response from the team” because “when he was left with one less” he also looked for the opposite goal. “We were close to a draw at the end, I always keep the good things,” he added.

In relation to the good start of Liverpool, Simeone affirmed that it was the rival’s merit more than the failures of his players. “We are sold out in some actions and we do not go quickly to the ball. If you do not match its intensity this can happen. But in the end we answer. It is clear that I am not happy because I am not happy when I lose, but the team is strong. That does make me happy, “he said.

For his part, the ‘Cholo’ defended the VAR despite the fact that it has harmed them because it is a “very good” tool. “I still think the same.” And finally he spoke about Antoine Griezmann, who said that he is “screwed” after his expulsion. “His party is valued by seeing it. In everything he did, how well he got on with his teammates and how the match worked. He is screwed by being sent off, for leaving his teammates with one less,” he concluded.

Lastly, Simeone said that he never greets the opponent at the end of the match. “What others think I do not care. In the end the other technician greets you forced and I do not like that. I try to go faster out of respect for the situation except when I have to win,” he concluded.