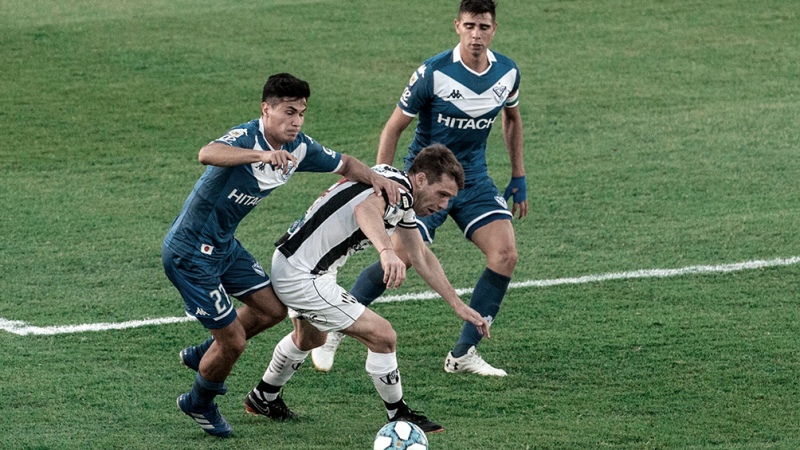 Vlez imposed his individual and collective hierarchy to beat him tonight by 2 to 1 at the last in the positions of the Professional Football League (LPF), in which he occupies the third place, Central Crdoba, in Santiago del Estero, thereby climbing to the first place in the Annual Qualifying Table for international cups, in the match that closed this first section of the 17th. date of the contest.

Those led by Mauricio Pellegrino began beating those of Sergio Rondina about half an hour into the first half with a goal from Federico Mancuello, but the people from Santiago equalized at 40 minutes of that initial stage through Alejandro Martnez.

But in the second half, those from Liniers asserted their greatest team concept to reach the second and finally the winning conquest through the entered Juan Manuel Lucero, when 20 minutes elapsed.

Before, in the first period, already the Velezanos had left that feeling of latent superiority, but an individual action by Martnez allowed the albinegro team, noisily encouraged by their partiality, to occupy a head of the modern single-Mother of Cities stadium, which went to rest with the score even.

However, Vlez did not despair to find the victory as soon as the complement began, since Pellegrino was moving the substitute bench little by little, in which, for example, experienced footballers such as Ricardo Centurin were left without entering (he was reprimanded for protesting without seeing action) and Ricardo lvarez, until in Lucero he found the key to add the three points.

“We never lost our cool and we kept moving the ball until the spaces to hurt appeared. But sometimes we have to correct those small gaps that are generated and that allow the rival to get into the game again when it was dominated”, Lucero pointed out justly at the end of the meeting.

And this comment had to do precisely with what happened in the final stretch of the game, when the figure of the central defender and captain, Lautaro Gianetti, emerged to sustain the defensive stability of his team and become a decisive figure in the show.

This generated in return the discomfort of the Central Cordoba fans, who disapproved of their team for this ninth defeat in the tournament and the continuity of the bad moment that began under the technical direction of “Sapito” Gustavo Coleoni and continues in Rondina. Now Gymnastics are coming to him in La Plata and Aldosivi as a local.

For Vlez, on the other hand, there is the possibility of taking another leap in quality when he receives Boca Juniors, although the objective “is to fight the championship against River and Talleres,” according to the goal scorer Lucero.