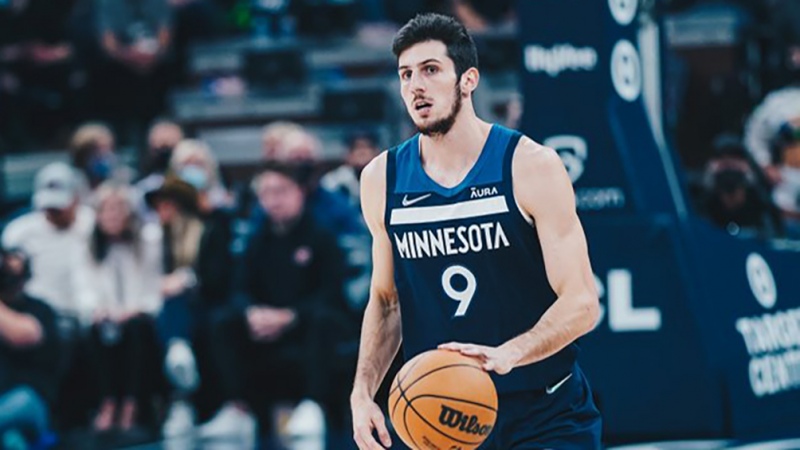 The Cordoba Leandro Bolmaro became this Wednesday the youngest Argentine basketball player to make his NBA debut, with 21 years, one month and nine days, and also became the fifteenth national player to officially play in the world’s top league when he joined his team tonight, the Minnesota Timberwolves, which defeated the Houston Rockets Rockets 124-106, for the opening day of the Western Conference of the most important league in the world.

Bolmaro’s entry into the playing field at the Target Center, in Minnepolis, occurred when there were exactly 4 minutes and 40 seconds left until the end of the game and in that period he converted his first two points in the NBA through free throws, in addition missing a field goal.

Bolmaro was born on September 11, 2000 in the Cordovan town of Las Varillas, the same one from which Fabricio Oberto is a native, precisely one of the 14 Argentines who had already played in the NBA (he was champion with San Antonio Spurs in 2007).

That condition of the youngest Argentine player to debut in the NBA was taken from Carlos Delfino by Bolmaro, since the Santa Fe made his presentation at the Detroit Pistons on November 4, 2004 at 22 years and 67 days (he was born on August 29, 1982 ).

Bolmaro had already narrowly led “Lancha” since his pick by the New York Knicks, which drafted him last year in 23rd place before releasing him to Minnesota, while Delfino was targeted by Detroit in 25th place in 2003.

The Cordoba who was formed in the Almafuerte de Las Varillas club, to make the jump to the National League at the age of 16, in 2017, when he joined Baha Basket, and immediately gave another gigantic to Europe to join Barcelona, ​​from Spain, Still 17, in 2018, he is a multifaceted and positional player based on his slenderness and basketball ductility.

At 2.03 meters tall and always fluctuating around 90 kilograms in weight, Bolmaro is, as his age reveals, a whole bet on the future made by the Minnesota franchise, with which he signed a contract for four seasons, with the last two optional for his employer according to his performance.

And coincidentally in Minnesota Bolmaro met the other end of the age scale, since Pablo Prigioni, also Cordoba, assistant coach of the team, Chris Finch, was just the oldest Argentine to debut in the NBA, when he did it by chance with New York Knicks in 2012, aged 35 and 169 days.

Bolmaro’s versatility allows him to play in at least three perimeter positions, as a natural guard, but also as a point guard or forward, given his height, although that sector of the rectangle is where he will have more competition in Minnesota, so he should quickly develop all your skills to earn your own space on the team, while simultaneously adding experience in the best basketball on the planet.

For Bolmaro, this October 20, 2021, a historic date for Argentine sports because this day, but 1976, At the age of just 15 he also made his debut, but in the first division of Argentine football, Diego Armando Maradona in Argentinos, in front of Talleres, in Cordoba, it will also be a day that will leave a mark, in him and in Argentine basketball.