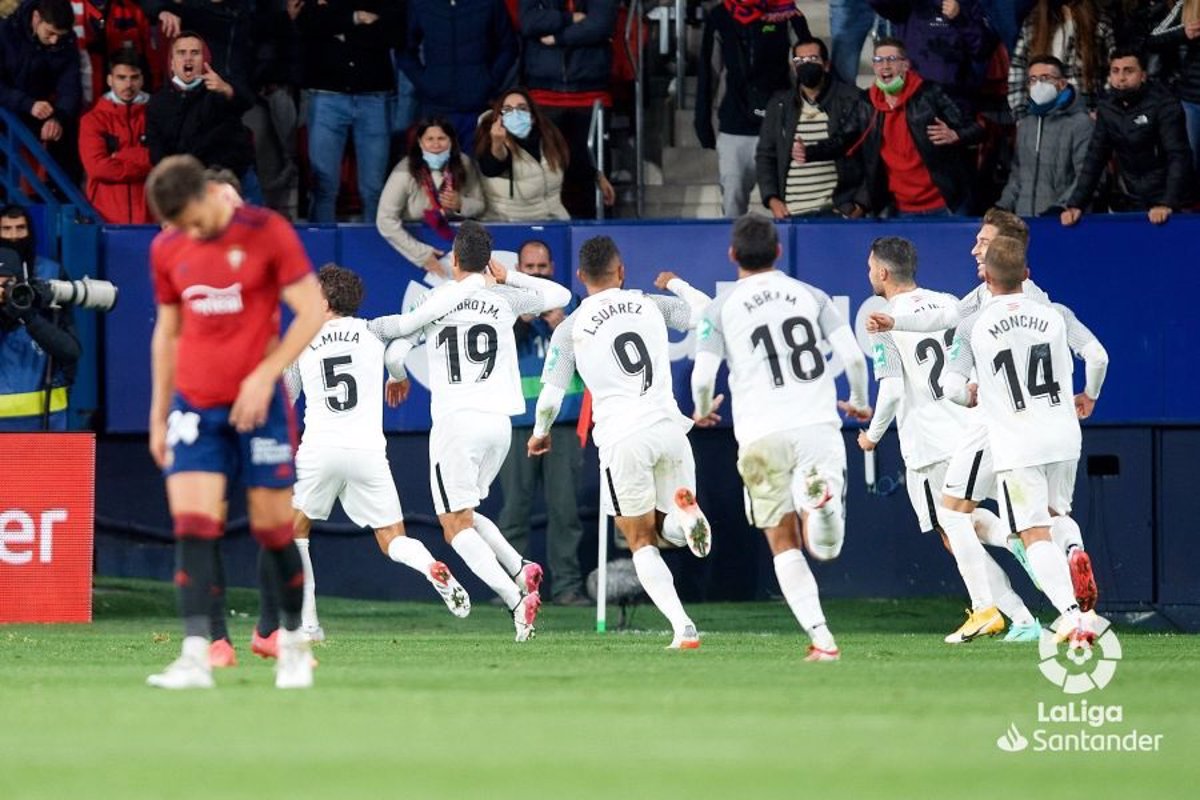 A goal from Ángel Montoro in the 90th minute allowed Granada to save a point at El Sadar (1-1) on Friday in the first match of the tenth day of LaLiga Santander, a result that prevents Osasuna, who played with one less the last quarter of an hour, he can rise to the co-leadership of the championship.

The Navarrese, given their historic opportunity to sleep as co-leaders of the highest category of Spanish football, insistently searched for the Nasrid goal during the first 45 minutes, and found a prize just before the break, while Robert Moreno’s men lamented their first setback with Gonalons injury.

The & # 39; Chimy & # 39; Ávila, who last week broke a two-year streak without scoring at La Cerámica, picked up a rebound after a previous shot by Cote and did not forgive Maximiano, who could do nothing to avoid the rojillo goal (min.45 +).

Cote, already in 1960, had the opportunity to sentence in a shot that Luis Abram took with his head under sticks, and shortly after he starred in the action that would end up costing Jagoba Arrasate’s painting dearly; the side committed grab on Luis Suárez and saw the direct red, leaving his team with ten.

In superiority, the Andalusian team grew and managed to neutralize the initial goal of the Navarrese on the verge of discount, when Ángel Montoro put together a long shot to surprise an advanced Sergio Herrera.

In this way, Osasuna halts a streak of three consecutive victories and remains second (18) in the table two points behind Real Sociedad, leader of the category, while Granada remains with two units of margin over the zone of decline.