Empoli only takes a while. Salernitana defeat 4.2 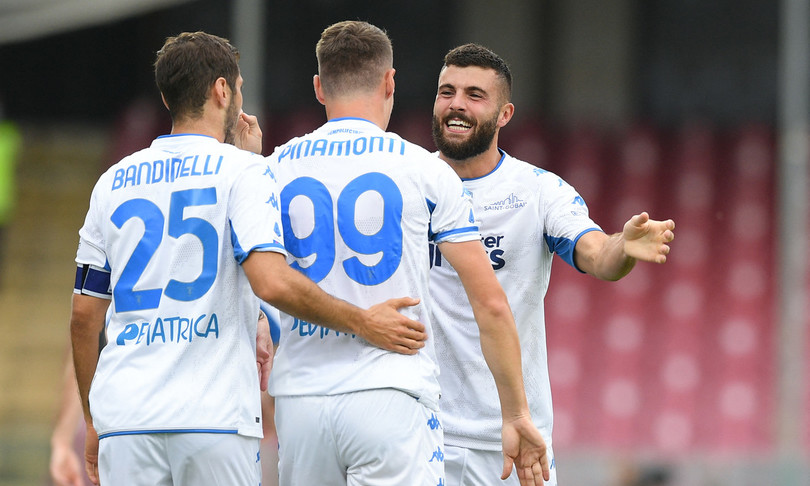 – Thanks to a superb first half, Empoli imposed itself on the Salernitana field, returning to win after two defeats in a row. It ends 2-4 with a brace from Pinamonti, the seal from Cutrone and the unfortunate own goal from Strandberg.

For Colantuono’s team, chosen after Castori’s exoneration, the reaction of pride in the second half is not enough: Ranieri’s goal and Ismajli’s own goal are in vain.

Incredible start of the Arechi match, which sees the Tuscan team put a clear mortgage on 3 points in just 13 minutes: Pinamonti opens the dance after just a minute and a half, at 11 ‘Cutrone doubles with a very similar goal, while two minutes later an unfortunate own goal by Stranberg is worth the white and blue trio.

The Campania team leaks from all sides and to think that at 8 ‘she had managed to get back in the game with Simy’s goal, but canceled for offside. The hosts still try to do everything possible to shorten the distance, but before the interval comes the Empoli poker with a brace from Pinamonti, who scores a penalty kick with a spoon assigned thanks to the intervention of the Var.

It seems practically already over but the start of recovery of Salernitana, made of character and pride, incredibly reopens the speech within 10 minutes: Ranieri immediately scores on an assist from Ribery, then Ismajli’s own goal on the post hit by Kastanos rekindles everything the passion of the Arechi.

There is time for an incredible comeback and the Campania players create a large amount of scoring, but Empoli manages to defend themselves as best they can. In the final, a miracle by Vicario on Djuric’s header (ball that does not cross the line for a matter of millimeters), definitively extinguishes all the hopes of Salernitana, sealing the success of Andreazzoli’s team.