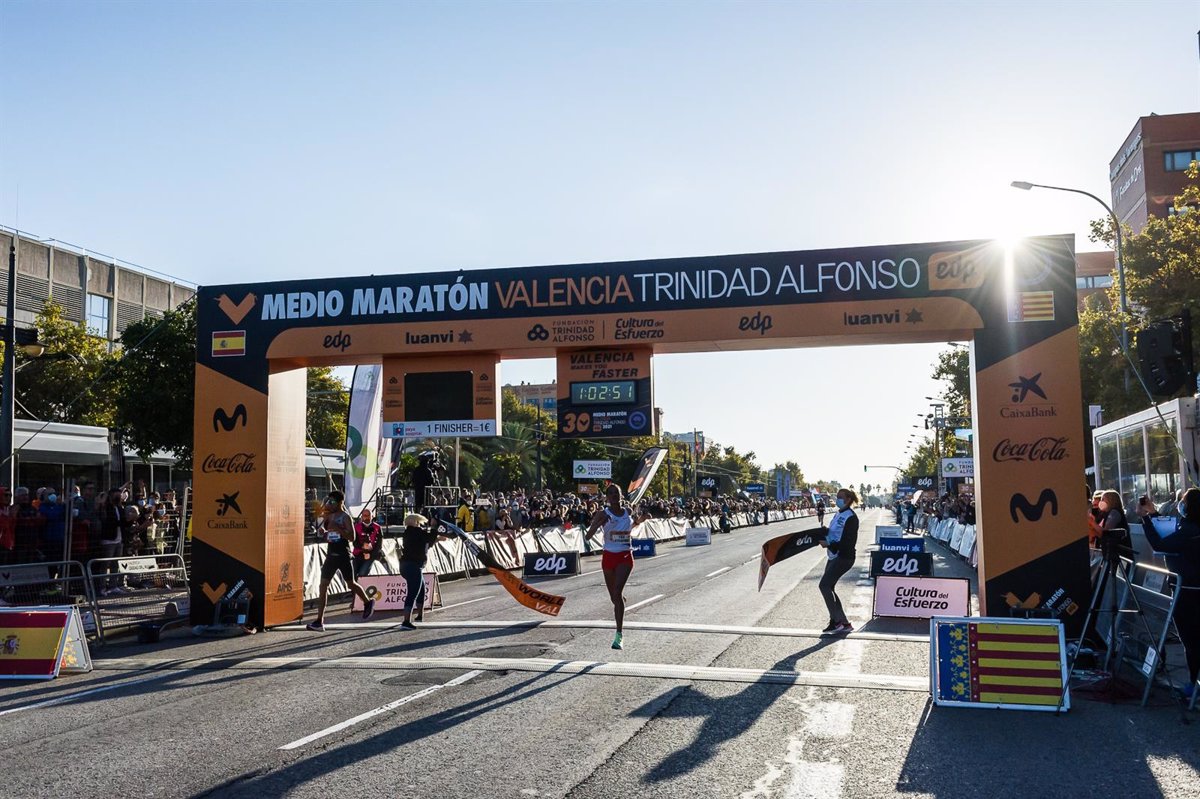 This Sunday, the Ethiopian athlete Letesenbet Gidey managed to beat, with a 1:02:52 mark, the women’s world record for a half marathon in the 30th edition of the Valencia Trinidad Alfonso EDP Half Marathon.

In this way, the African lowered the previous distance record by 70 seconds, the 1:04:02 set by the Kenyan Ruth Chepngetich in Istanbul in April of this year.

After Gidey, the Ethiopian Yalemzerf Yehualaw (1:03:51) also crossed the line below the previous world record, while the Kenyan Sheila Chepkirui was third (1:04:54).

In this way, the Valencia Half Marathon becomes the only race that currently holds the world record for women and men for the same distance, since the mark of the Kenyan Kibiwott Kandie of 57:32 of the 2020 edition remains in force as the best ever.

In men, the Kenyan Abel Kipchumba has been proclaimed winner of the test with a mark of 58:07, which becomes the best world mark of 2021, 41 seconds faster than the previous one (58:48), which was also his . After Kipchumba, Rhonex Kipruto, who entered at 58:09, and Daniel Mateiko, with 58:26, crossed the finish line.