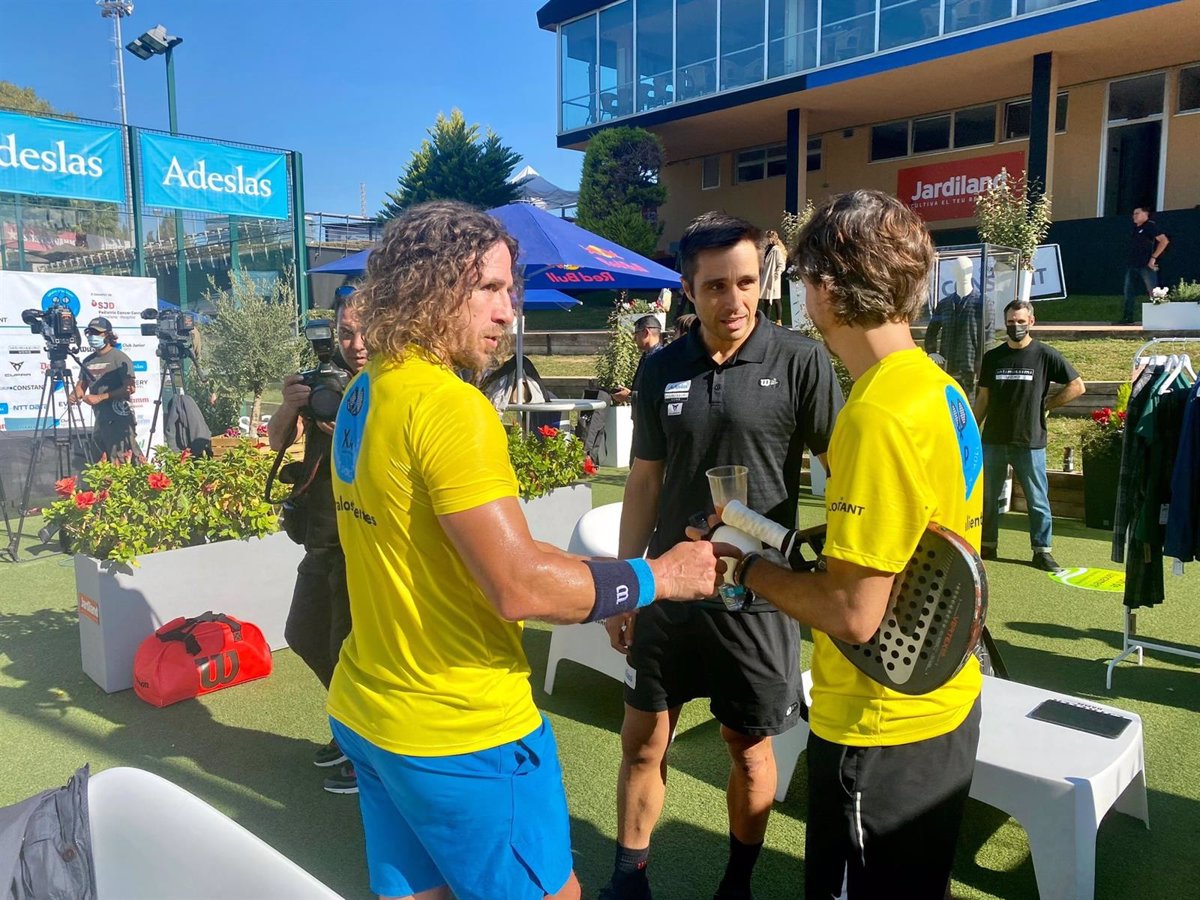 On the Koeman incident at the Camp Nou exit: “They also threw me on top of the car and I understand that Ronald had a bad time”

Former FC Barcelona captain Carles Puyol has ensured that the current Blaugrana team should be given time to turn the situation around and, despite losing the El Clásico this Sunday at the Camp Nou, he has denied being pessimistic as he believes a lot in the future of some young players “you have to take care of”.

“The players and coach have to go to one and look for the best. Koeman knows the house perfectly, he is building a team and I am not pessimistic, there is time to turn it around. We have not been entirely regular, but I trust this squad and There are very good players, young and with a future. This is not one thing, “he said.

Puyol, who participated in a charity paddle tournament to raise funds for the fight against childhood cancer, said that the Classic (1-2) was “even” and that he decided on the best definition of the rival. “Madrid went ahead in a counter and the game was put on its face and could play its game,” he lamented.

Thus, the only thing he asks of the Barça players is that they always do their best. What he was doing in the green. “The demand in Barcelona is always maximum and even more so after a few years in which many titles have been won and played very well, and reaching that level is not easy either. The best player in history has just left us, the team is under construction and the players have to be required to always give their best, “he said.

“There are some young people with a lot of talent and an impressive future that must be taken care of. I would tell the fans to cheer on from minute 1 to 90, it cannot be that a player is whistled when he goes out, because that way you won’t help him. This can’t happen and you have to row together, “said whoever was captain of the one considered the best Barça in history.

However, before he succeeded, he also had to suffer. “I spent five years without winning a title, and with years that were a disaster. You also learn from bad things and will gain experience for the future,” he said, thinking of those young people like Pedri, Gavi, Ansu Fati or even Riqui Puig, who seems not to count for Koeman.

On the other hand, about Koeman’s incident with several fans who insulted him and hit the car, he regretted it and announced that he, too, was scared when passing by. “These people do not represent the Catalans at all. I left a few minutes before and they also hit me in the car. Barça, or security, would have to put order. And not give them more ball, those people do not deserve it”, assured.

It is a dangerous situation, of course. .

He also wanted to avoid talking about Xavi as a future coach, out of respect for Koeman. “I get along very well with Xavi, he is one of the former teammates with whom I have the most relationship. He has never hidden his desire to coach Barça, he is gaining experience and he is doing very well and someone will get the opportunity and he will do a spectacular job “He noted, however.

As for the selection, and the debate on whether Luis Enrique called too many Barça players, it was clear. “I know Luis Enrique perfectly and he will analyze what is best for the national team, he does not care which club shirt they defend. In Madrid’s lineup there are not so many players that he can select,” he argued.

“I hope Sergio Ramos recovers, but he has not yet played a game (at PSG) and I have not yet seen that those who criticized Luis Enrique for not taking him, have apologized,” he deepened.

Puyol, regarding the charity tournament, assured that he is here to help as much as possible. “It has been a very tough few months for the population. But, even if it was fast and running, we had to do this tournament to support the cause. The issue of children touches me much more, after being a father, and here you have me for everything that you need, “he assured.

For his part, the Argentine padel star Fernando Belasteguín also joined the cause. “For me it is a pleasure to be here, I am grateful that they join me in this cause. They will always have me here, very delighted to share another day here, the important thing is that I continue playing every year,” he said.

Both were in the V XAP Paddle Charity Tournament, acting as godparents, in the Junior Club of Sant Cugat and in a tournament organized by the Constant Group with the sole objective of raising funds for the fight against childhood cancer. Full proceeds will go to the SJD Pediatric Cancer Center, one of the nation’s leading centers.