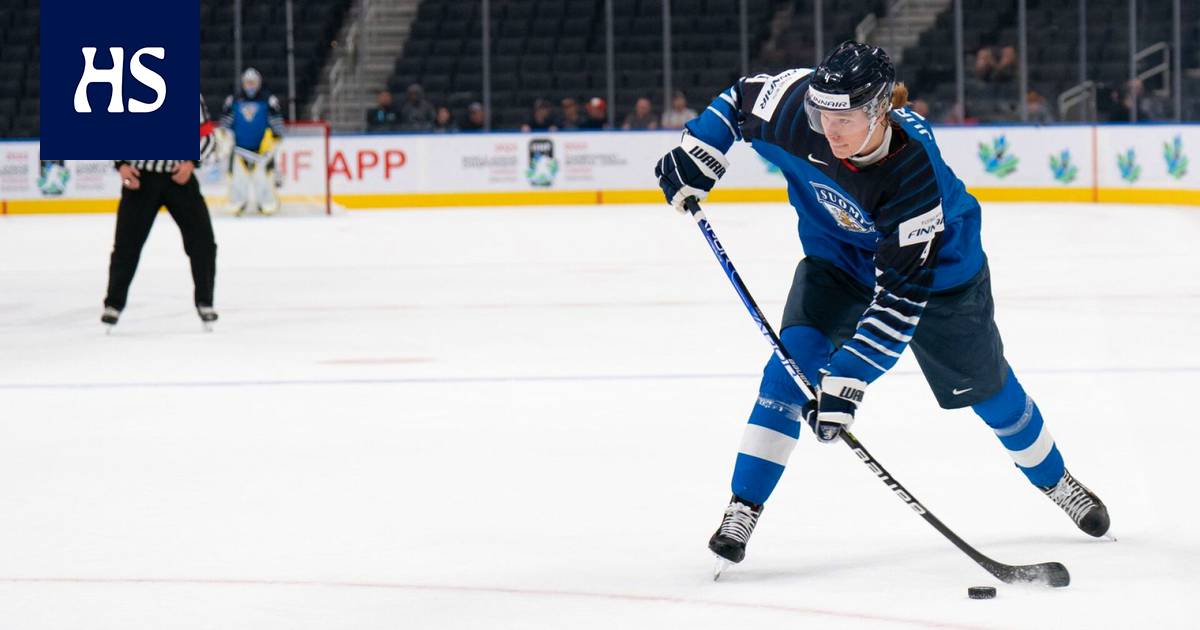 Finland got five minutes of superiority.

Initial promised very well. Nuoret Leijonat took a 1-0 lead against Slovakia after only 35 seconds of play at the 20-year-old World Cup tournament in Edmonton.

The first few seconds were a bit blurry, as the game became much stickier after that.

Finland leads after the opening set 2–1 and HS follows the match.

The opening goal came when Roni Hirvonen the puck was picked up by the captain in the background of Slovakia’s goal From Rayen Petrovicky. Hirvonen was fed Kasper Simontaipaleellewho lifted the puck from his knuckle into the net.

Simontaival was involved in Slovakia’s equalizer. His miscue started a turnover that ended in a tie. Peter Repcik tied the match in 7:42.

Then there was Boris Zabkan turn to give a false pass To Joel Määtäwho thanked and shot the Young Lions’ management in the back corner.

Second base forward Adam Sykora your tackle on the knee Joakim Kemelli, who fortunately was not injured. The tackle still paid dearly. Sykora flew into the yard and Finland got a five-minute advantage.

Kuopio Representing KalPa Juha Jatkola plays in the goal of the Young Lions when the team made a change between the posts. Leevi Meriläinen played the first two matches of the tournament, and now it’s Jatkola’s turn.

The two top chains remain intact, but there are small filings in the third and fourth, when Oliver Kapanen moves to the middle of the triplet. Ville Koivunen became the 13th striker.

The match between Finland and Slovakia will be played on Sunday from 21:00. TV5 and Discovery will show the game live.