Maradona will be honored by Argentinos Juniors on Saturday 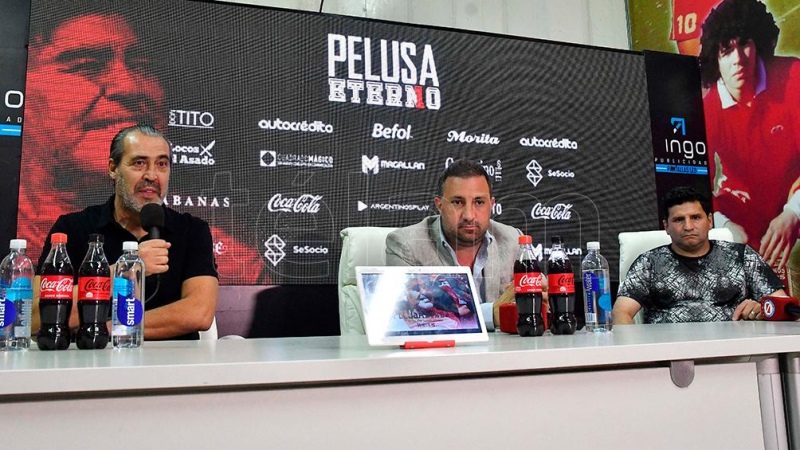 Diego Maradona will have his tribute this Saturday at Argentinos Juniors, on what will be his 61st birthday, under the motto of “Eternal Fluff”, as announced by Cristian Malaspina, president of the club, accompanied by the star’s nephew, Daniel Lpez, and the former soccer player. Sergio Batista.

The meeting, which will have their former teammates on the field, will be this Saturday from 7:00 p.m. with free admission -50 percent of the capacity according to health protocol-. I only ask for a non-perishable food.

On one side will be the champions of 1978 and 1986 and other glories of the selected team and on the other Los Cebollitas. Sergio Goycochea, Ubaldo Fillol, Claudio Caniggia, Hctor Enrique and Oscar Ruggeri, among others, have already confirmed their presence.

In addition, there will be different musical shows, in a two-hour event.

The transmission of the event will be in charge of the Public Television, something that Malaspina highlighted because that way “the whole town” will be able to see it.

“We want to celebrate Diego’s birthday where he was born, so surely this tribute will be repeated forever. Everything we do for Diego is too little for what he gave us to our football and our club. passed with him ”, highlighted the manager before Tlam’s query.

“We are happy to announce this tribute to Diego in what was, is and will be his home forever,” said an emotional Malaspina at the press conference held in a remodeled room with different images of Diego in his youth.

At first, the members of Argentinos Juniors made an online pre-reservation on the site http://controlfutbol.ar/gestionevento and from this afternoon it was opened to the public.

They will be collected at different delivery points and all donated will be destined to the “Ser Semillero” Project, promoted by the Fundacin Social Argentinos Juniors.

“We cannot play on the weekend because we are going to have a party for Maradona. We must keep him in mind. His relatives and close players will come,” he clarified about the change of date of the game against Lans, for the 19th. date of the Professional League, which was moved forward from Saturday to Friday night.

“We want a party for all Argentine football, we are going to surprise them. We respect all the fans, Diego belongs to everyone ”, he declared.

The stadium, which bears Diego’s name, has murals alluding to the deceased star, which reflect different moments of the race and there is also a shrine on Boyac Street.

For his part, Sergio “Checho” Batista, Diego’s partner in the ’86 World Cup in Mexico, commented: “It is an honor to be part of Argentinos. It is a school and Diego always honored it. He never forgot his roots. We miss it. every day. ”

“To be a happy day because that’s how we remember it. Maradona was a very kind person, very kind. He taught us many things. We always remember him in the best way for the joy he gave us on the court and outside of it,” he was sincere. .

In addition, Batista recalled that when he had bad personal moments, Maradona “always” said present and when they were both footballers, he traveled from Napoli to support him.

In turn, the former central midfielder explained that they saw each other for the last time at the club and that day he saw him “happy”, to the point that he did not want to retire after being coach of Gimnasia y Esgrima La Plata. “I saw him very happy and I keep that image,” he said.

“It still costs a lot to admit that the best of us are not there and on a date like this it hurts more. I want to congratulate the managers for the initiative. It seems to me an extraordinary act. We are going to enjoy Saturday and he will surely be with us ”, celebrated Batista.

For his part, López was also grateful: “The entire Maradona family is happy for the tribute. My uncle was a great person, with all his sides. You could want him or not but he was always firm ”.

Again Batista took the floor and traveled back in time to remember when he shared the Argentine team: “We named him in the present tense. He was always smiling, generous. Key at each point of the World Cup. It made us happy. It annoys me, he left young. Everything costs us a lot, we don’t believe it ”.

Finally, Malaspina, almost in tears, assured that the day Maradona died, on November 25, 2020, he truly felt the “obligation” to be president of Argentinos.

“In Naples and at this club he was happy. We have many dreams of tributes. Diego’s sisters live near the court, we see them every day. We recently opened a sports center with the name ‘Checho’ and we would have loved for you to see it to make you feel proud ”, he affirmed.

“Argentines without Maradona will have another story,” he concluded.

With the presentation of the reservation voucher in http://controlfutbol.ar/gestionevento (virtual or printed) can be withdrawn until the day of the match at the following points and times: