“The greatest to the greatest”: the monument dedicated to Diego 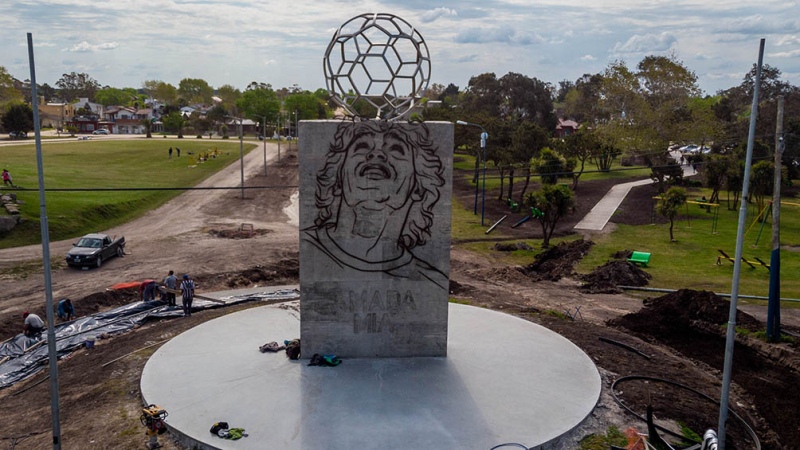 Diego Maradona will be honored next Saturday in Santa Clara del Mar with the discovery of a 13-meter-high monument, designed by the plastic artist Sebastin Martino, for the event called “The greatest to the greatest.”

The work is located in the main square of the seaside resort and can be seen from the beach.

The event will celebrate the 61st anniversary of the birth of the greatest player of all time with different activities starting at 2pm.

The program “Todo Con Afecto” on Radio Nacional, hosted by Alejandro Apo, will carry out a transmission to tell about the alternatives of the tribute to Diego with the participation of Vctor Hugo Morales and Viviana Vila.

From 5pm, after the kite-releasing contest, there will be a goals and music section called “El Diego” with Vila conducting and a series of videos specially prepared on the former captain of the Argentine team with his goals. Likewise, there will be a review of the different artistic expressions that honored him.

At 18, Vctor Hugo and Apo will make the discovery of the monument with a later talk.

“In March I presented the first sketches and they were accepted. Then came a process of months of pre-production with the different areas involved and finally we started with the work in particular. It was an incredible adventure, something like directing a movie so that the result is such. what was projected, with the planned form and aesthetics, “said Martino about the realization of the monument in statements to the organizers.

“All of this exceeded my expectations. We put together a beautiful work team and each member from their area put on their shirts and gave their best. It was magical what happened and how it turned out. We did something great. An emotion that will be released on the day when Maradona would turn 61 ”, added Martino.

The monument is made of various materials: corten steel (face), stainless steel tubes (ball) and a concrete for the monolith that supports it.