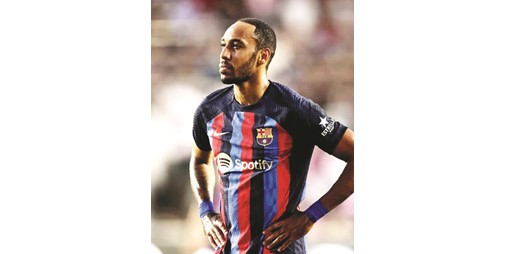 The Spanish newspaper “Barca Universal” reported yesterday that Barcelona is intensifying its efforts to sell 7 players from its team before the summer transfer period closes on the first of next month.

The newspaper indicated on its website that the Spanish club is in dire need to meet the financial fair play regulations in order to register Jules Conde and any other contracts made in the near future. She added that Barcelona faced major problems in registering new signings last week and had to launch the fourth economic lever by selling 25% of Barcelona studios for 100 million euros, and that was enough to register six of seven unregistered players, with Conde remaining in standby mode.

According to the latest reports, Barcelona need 20 million euros to register the French defender, and with talks with club leaders on hold over wage cuts and delays, player sales are seen as the best way to achieve fair play. To that end, Barcelona are working on a potential sale of seven players as they look to meet FFP restrictions and go ahead with the registration of Conde and any other arrivals. The list of players concerned that Barcelona is working to eliminate include Memphis Depay, Frenkie de Jong, Pierre-Emerick Aubameyang, Sergino Dest, Samuel Umtiti, Martin Braithwaite and Eze Abdi. Among the seven is Memphis Depay who is already on his way out by moving to Juventus, meanwhile, Aubameyang is still linked with a return to the Premier League, with Man United and Chelsea reportedly vying for his signature.