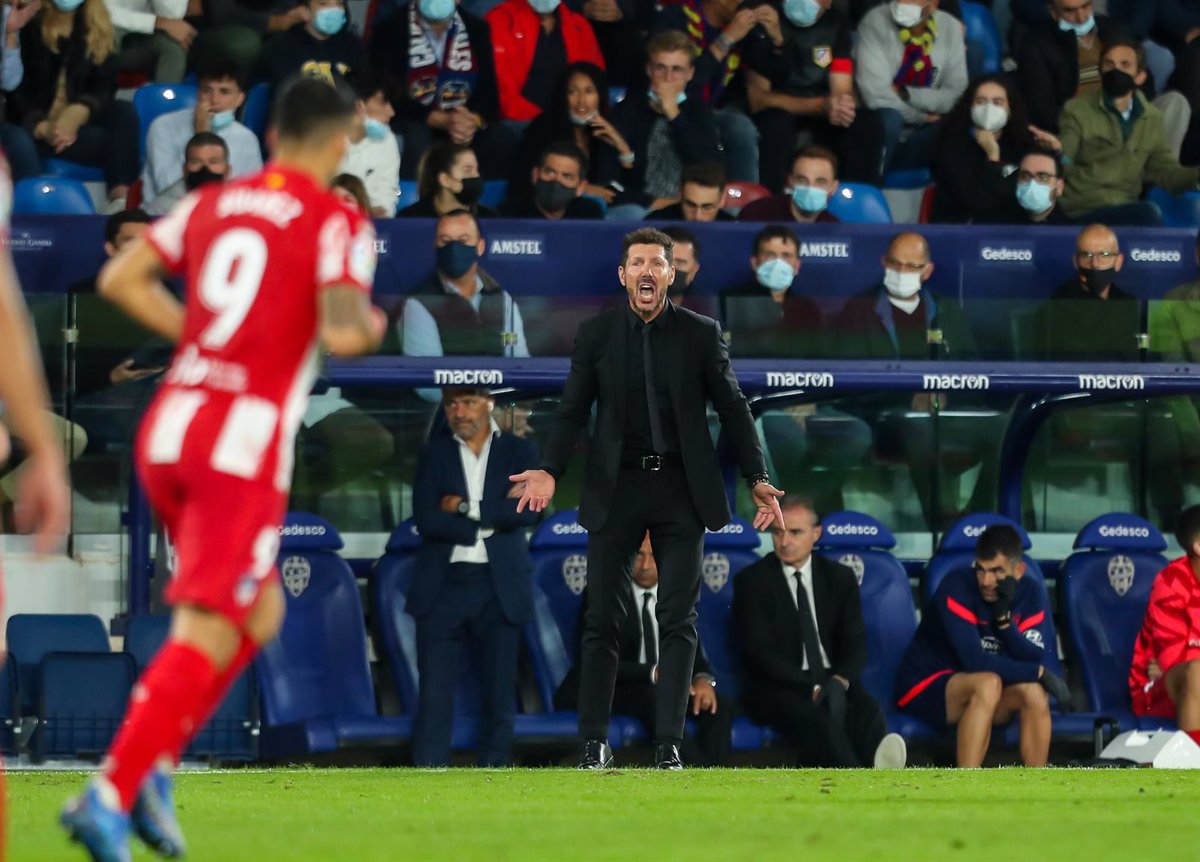 The Atlético de Madrid coach, Diego Pablo Simeone, believes that the referee Gonzalo Fuertes must have understood that he made some “unnecessary gesture” to be sent off this Thursday against Levante and confessed that he felt like when he was a player and they were looking for him to show him the second yellow , while he avoided giving an in-depth opinion on the penalty play that caused the 2-2 because he did not want “excuses” and because what is “urgent” is that they must “improve”.

“The referee will have interpreted that I made an unnecessary gesture for justice that he commands from within the field. I felt like when I was playing, you have a yellow and they are looking for you for the second at any moment, and it appeared,” said Simeone at the wheel post-match press release.

The Argentine coach did not want to comment on the penalty play, although he was ironic. “I do not interpret anything, we have to improve as a team and not make excuses for the referee’s performance, for their goal on the end of the penalty, for the penalty in the first half, for the 200 kicks to Joao (Felix) that none had consequence … “, he stressed.

“We have to work and try to get out of this moment, one negative thing brings another and we quickly have to become strong among ourselves and build because the team continually scores two goals and they are hurting us in all these situations that we must improve,” he added.

The ‘Cholo’ made it clear that the referee understood that it is a penalty and that journalists are already “to comment” on the controversial plays and “the rules to watch” if they are well applied or not. “Nothing is going to change no matter how much I think about what you saw, don’t make me talk. I understand that the team has to grow and not apologize for the penalties, for the kicks to Joao or for the 70 yellow cards we received,” he reiterated .

Simeone did not care if the second penalty had taken away the victory. “I do not stop at that because they could have scored a goal in another part of the match. We are lucky that you see everything on TV, our mistakes when we argue more, fouls when they are not, but they are not excuses, the reality is that we have to improve ourselves and that is urgent, “he warned.

“In the first half we had good passages and in the second when it began to have more dynamics in attack it was also good, but the game’s episodes conditioned us to end in a draw,” said the Atlético coach.