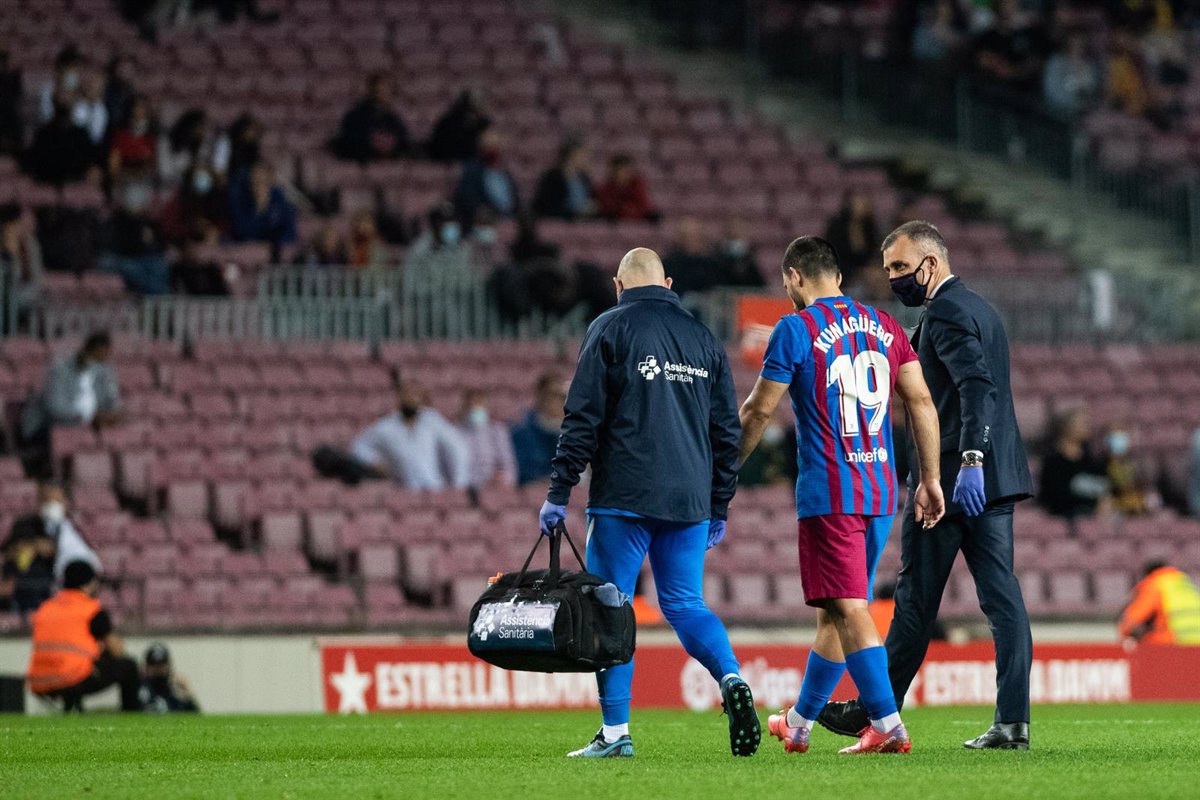 The Argentine player of FC Barcelona Sergio ‘Kun’ Agüero has suffered an episode of “chest discomfort” this Saturday during the dispute of the league match against Deportivo Alavés, which ended in a draw (1-1), after suffering a dizziness that caused him forced to withdraw from the field of play.

“The ‘Kun’ Agüero has referred an episode of chest discomfort and has been transferred to the hospital to carry out a cardiological study”, indicated the medical services of the Blaugrana club, who did not offer more details about his recovery period.

Agüero, who did not make any bad gesture in a previous jump against an opponent, ended up lying on the ground and required medical assistance. Minutes after the intervention he was withdrawn and ended up being replaced by Coutinho four minutes before the break.

For his part, Gerard Piqué also ended up injured and could not finish. The Catalan center-back was replaced by Clement Lenglet in the second half. “Piqué has an overload in the soleus of his right leg. He is awaiting more tests to know the exact extent of this overload,” reports Barça.