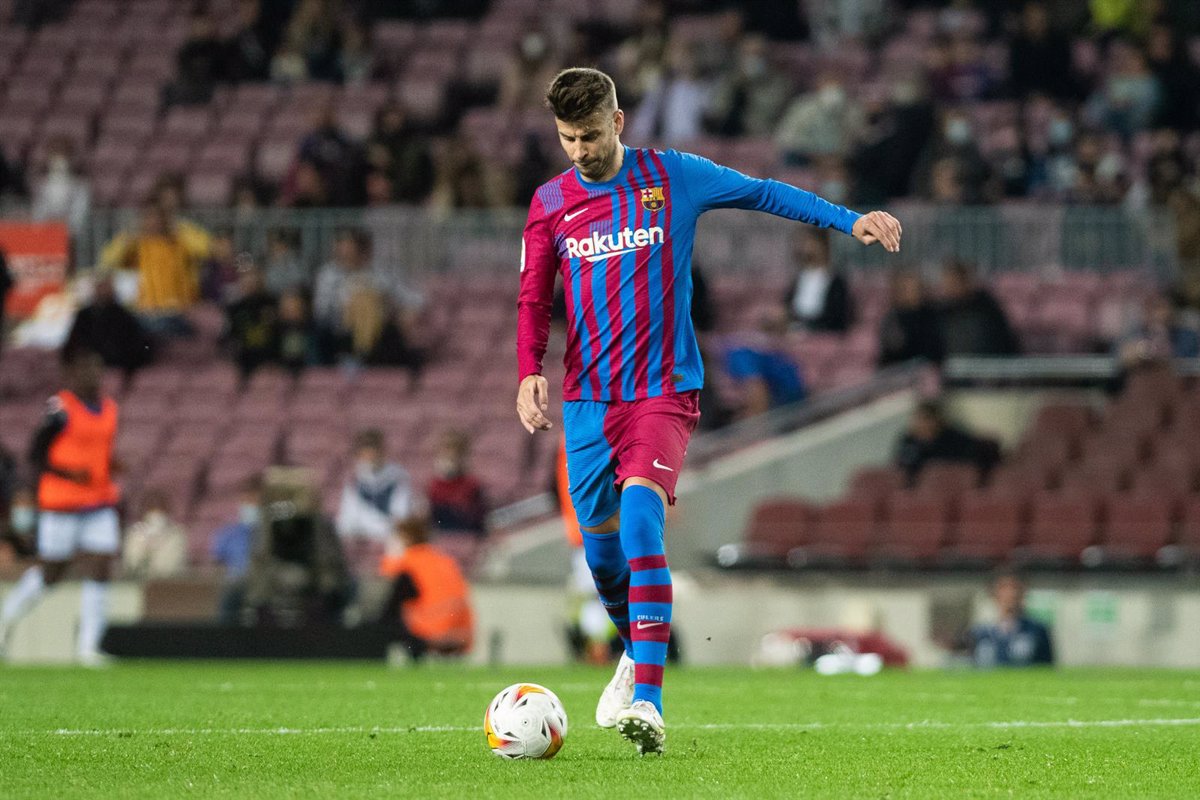 FC Barcelona defender Gerard Piqué suffers an elongation in the soleus of his right leg, the Barça club confirmed this Sunday, after retiring during the game played on Saturday at the Camp Nou against Deportivo Alavés (1-1), by what will be lost in the Champions League duel against Dynamo Kiev.

After the clash, the Culé entity explained that the Barcelona central defender had to be replaced by Clement Lenglet in the 70th minute due to “an overload” in the soleus of his right leg, but announced that more tests would be carried out this Sunday.

“The tests carried out this morning, October 31, have shown that the first team player Gerard Piqué has an elongation in the soleus of his right leg,” he explained in a statement, adding that his evolution “will mark availability.”

Thus, at least Tuesday’s momentous match against Dynamo Kiev in Ukraine will be lost, in which Sergi Barjuan’s men will play their continuity in the Champions League.

Neither will the Argentine Sergio ‘Kun’ Agüero, who suffered an episode of “chest discomfort” also during the game, nor the injured Ronald Araujo, Sergi Roberto, Pedri, Frenkie de Jong, Ousmane Dembéle, Ansu Fati and Martin Braithwaite.