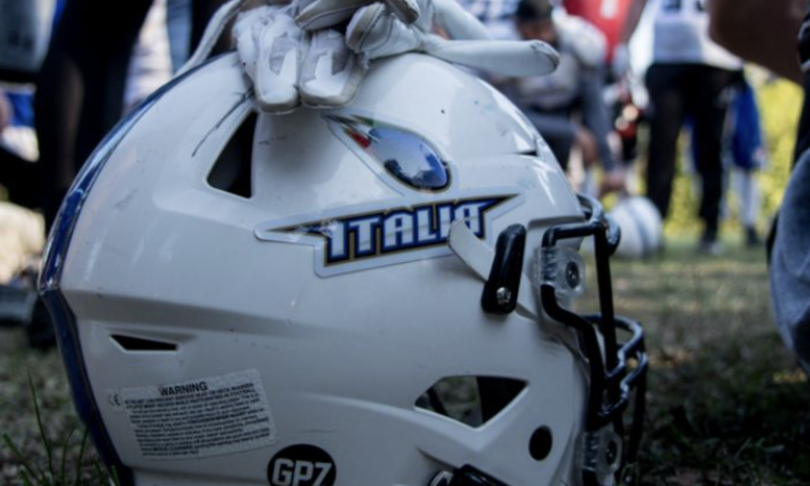 Italy is the European champion of American football. For 34 long years he had been waiting for this moment and finally in Malmo, Sweden, the “Blue Team”, as our National Team is called, was able to raise the trophy to the sky. Sweden beaten 41 to 14, in a game and dominated from the first minute, played in a historic stadium and in front of a large audience.

Italy wins the coin toss and decides to go on offense. The start is rocket, thanks to Tamsir Seck who brings back the kick off in the middle of the field and a foul by the Swedes who immediately throws us on the opponent’s 35 yards. The first TD arrives immediately, thanks to a race from the native Mike Gentili. Matteo Felli transforms on football and Italy goes on 7 to 0. The first offensive drive of the Swedes hits the blue defense wall, and the Italian attack restarts from their 21 yards.

The first big play of the match arrives at the snap: Luke Zahradka throws a bomb deep into the safe hands of Jordan Bouah, who arrives close to the red zone. And it will be Bouah himself who will lead the Azzurri to double with another beautiful reception from 15 yards. Felli misses the additional kick, after the ball was 5 yards back due to a foul and the score settles at 13 to 0 for Italy.

Sweden tries, but the blue defense doesn’t concede anything and also the second drive of the Swedes ends with a punt. At the first Italian snap, however, Simone Alinovi receives and then loses the ball in the impact against the defender, recovered by the Swedes for the first turnover of the match. The Swedes take courage, who now use the momentum to grind the game and enter the opponent’s half. The veteran QB of the Swedish national team, Philip Juhlin, has managed the games well, but sees his efforts thwarted by a series of fouls that put his attack back. 4 attempts are not enough to try to go to the endzone and the Italian offensive department returns to the field when the first quarter of the game ends.

Sweden is nervous, the referee flags fly in favor of Italy, which is once again extremely effective both by land and by airways and crosses the Swedish endzone for the third time with Simone Alinovi. This time Felli is accurate between the posts: 20 to 0.

Attack, defense, special team: Italy has been perfect so far, superior to opponents in every sector of the field. The first turnover for the Azzurri comes thanks to Giacomo Insom, who literally tears the ball from the hands of the man he was marking, returning it to his attack, an attack that after a few minutes drops the poker and sends Mike Gentili to TD again for the 26th. 0, which then becomes 27 to 0 with Felli’s additional point.

The blue defense continues to block the way to the opponents, unable to find a key to this game, which seems to have only one direction.

The “Tsar” continues to make a show, with launches precise on the many targets available: Alinovi, Bonanno, Bouah, Di Tunisi … everything runs beautifully in Casa Italia and, when there are less than 2 minutes to half time, the gap widens: Alinovi receives the ball in the endzone, Felli transforms and goes to 34th 0. With 3 seconds to play on the clock, Sweden tries to move the score with a field goal, but it fails and we go to half time without further jolts.

The offensive statistics for Italy speak for themselves: 276 yards gained, of which 214 from a throw from a “Tsar” in great form: 14 passes completed out of the 16 attempted for him and 3 TDs.

The teams return to the pitch after half-time, where space and visibility was also given to the youth teams of the Swedish Federation. Coach Davide Giuliano keeps the formations unchanged, while the Malmö Stadium also shines a beautiful sun, to make this day triumphant for our colors. Sweden starts in attack, ends the drive with a punt but then a mess of the Italian special team returns the ball to the yellow-blue in full red zone. Sweden did not miss the opportunity and went into touchdown with Filip Wetterberg on a cue from Juhlin, to then convert from two points with Filip Jönsson: 34-8.

Inertia seems to have passed over to the side of Sweden, whose defense now puts pressure on the blue attack, manages to ‘sack’ Zahradka and make us lose a lot of ground. But the Italian offense does not lose heart and it is the Alinovi show, with a couple of wonderful receptions that bring Italy back into the opponent’s field. A foul cancels Bouah’s TD reception and at the next Tsar bomb comes the interception that rekindles the enthusiasm of the home fans. It is the defense of the Blue Team to bring the Swedes back to their feet on the ground, once again closing every hole and stopping the reaction of the opponents when the third half of the game ends.

The blue coaching staff chooses to run the stopwatch, opting for a series of races, not too productive but from the point of view of field gain. Every down is played, but 4 are not enough to get back to the endzone and the ball goes back to the Swedes.

8 minutes from the end of the game, Italy scores again, after coming close to the endzone thanks first to a great pass by Zahradka on Alinovi, and then to the run of Nick Diaco, who started in quarterback position. Felli kicks perfectly between the posts and Italy is ahead 41 to 8. Sweden responds with a Juhlin TD pass on Mattias Gauthier, when there are less than 4 minutes left in the game. Conversion attempt fails: 41-14.

Reilly Hennessey takes the place of Luke Zahradka in the control room, there is room for a field goal attempt (failed due to a mistake in the snap) and with 1’30 to play the party begins in the stands and in the sideline. Italy literally dominated this final, demonstrating a technical but also physical superiority that probably no one expected. The Italian national football team gives our country yet another joy of this extraordinary 2021 and is crowned European Champion for the third time in its history, while automatically qualifying for next year’s World Championships.