The blue butterflies are world champions of artistic gymnastics 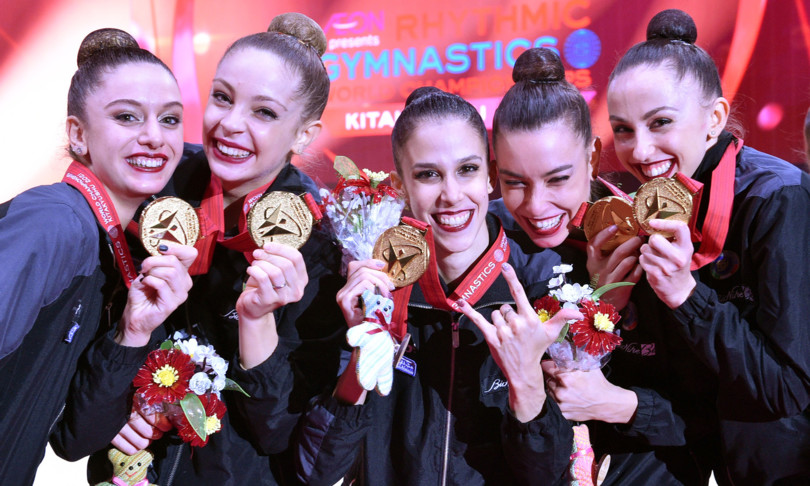 Alessia Maurelli, Martina Centofanti, Agnese Duranti, Martina Santandrea and Daniela Mogurean – with the Laura Paris reserve – climbed to the top of the world for scoring 42.275 points. All bearers of the Air Force, the blue gymnasts trained by Emanuela Maccarani preceded the Russian Gymnastics Federation, second with 40,950 points, and Japan, bronze with 40,900. The Blue Butterflies then won silver in the final eight with 5 balls. Next World Cup in 2022 in Sofia in Bulgaria.

“It is the medal we wanted, especially in the hoops and clubs because it is the one we are most attached to and the one in which we recognize ourselves the most. We have always been one with this exercise, from the very beginning. We started building it two years ago “the girls said after the race” A lot of sweat and a lot of effort to make it perfect but, in the end, we made it right here, at the Kitakyushu World Championship, passing through the European Championships and the Olympics. It was flawless! The president of the International Federation himself, Morinari Watanabe, approached us to congratulate us and confide that we gave him goosebumps. We hope we did it with the audience at home as well. I hope that the future holds many other emotions just like having sung the Mameli anthem in front of the Japanese audience. We had a beating heart because it is a land that has given us so much satisfaction. We won silver in the general competition and today we wanted something more. Now we have a little vacation ahead of us and then we will return to the platform to prepare and plan future commitments. We promise to fly higher and higher, as only Butterflies can do! ”