“A team will have few successes if it is not united” 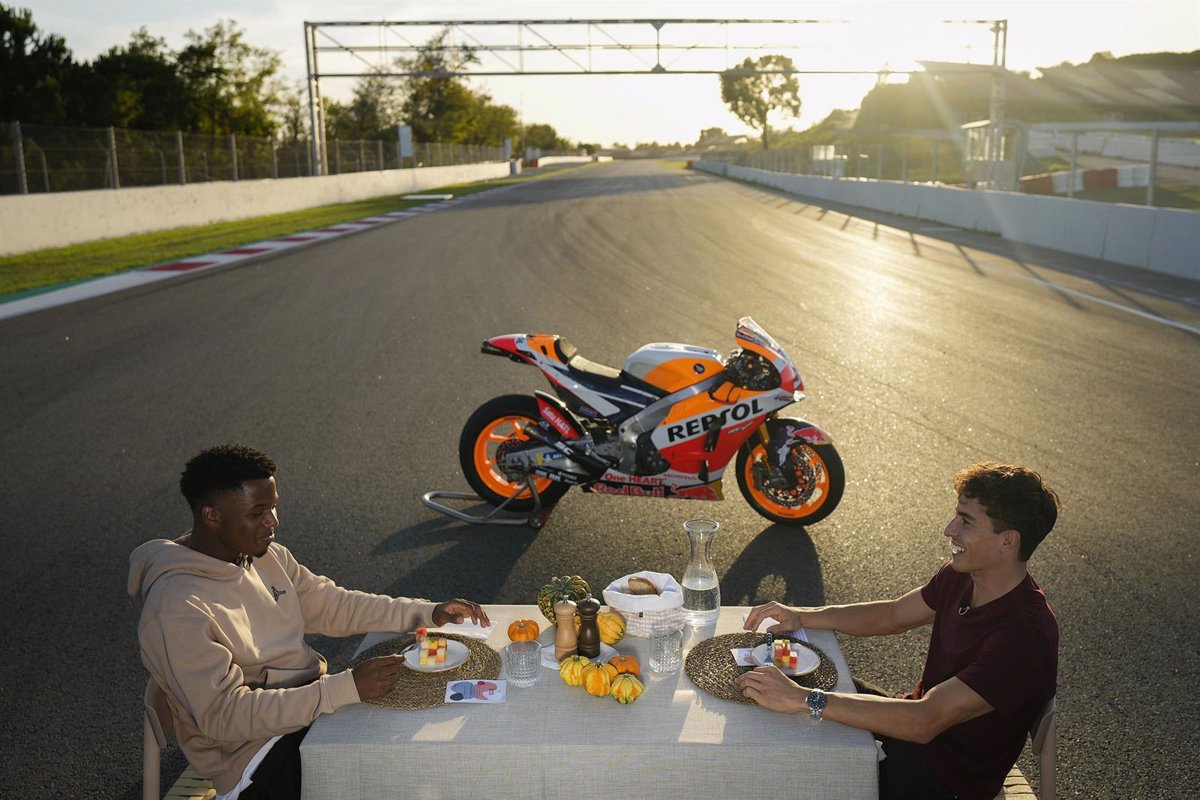 The FC Barcelona player Ansu Fati has recognized in a friendly talk with the MotoGP world champion Marc Márquez, at the Circuit de Barcelona-Catalunya, that a team that is not united cannot be successful and that it is important to give priority to the group that not individualities.

“If the team does not work and each player thinks of himself … A team will have few successes if it is not united,” said the young Blaugrana winger, now injured, in a conversation with the Repsol Honda Team rider.

At the end of the main straight of the Catalan track, Marc Márquez organized a lunch for Ansu Fati in the middle of the track, enlivened by a relaxed conversation in which they shared confidences and lots of laughs.

“Have you seen what I have prepared for you? Hasn’t he ever had such a romantic meal?” Márquez asked Ansu Fati, in the second part of a meeting that began with the Blaugrana trying to fuel the Honda of the eight times world champion.

In this talk, Ansu Fati acknowledged that fame came to him “out of nowhere”. “He came to me when I was 16 years old, nobody knew me and I had the opportunity to debut very soon. I managed it well, with my very close family and my parents who put a lot of money on me,” he said.

“I am very calm, I know what I can contribute. It is a pride to be able to wear the ’10’ because Leo wore it,” he commented on inheriting that number of so much weight.

Ansu and Marc talked about how important teamwork is in both sports, highlighting the healthy competition that their teams experience, both with other players and with the teammate who sits on the other side of the box.