“Violent and fascist”. France forbids the transfer of Marseille to Lazio fans 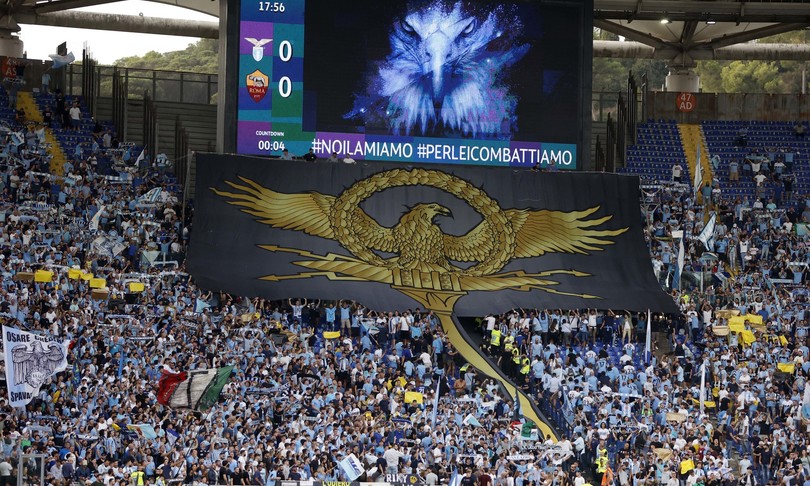 Lazio supporters have been banned from traveling to Marseille for Thursday’s Europa League match “due to the recurring violent behavior of certain fans near the stadium and in the centers of the cities hosting the matches”, besides ” to the repeated intonation of fascist songs and the performance of Roman greetings “.

This is the motivation contained in an ordinance of the French Ministry of the Interior which prohibits “aLazio fans or anyone who presents themselves as such“not only the access to the Velodrome stadium in Marseille and the circulation or parking in the central arrondissments of the city, as had been indicated in recent days, but even “entry into France from road, rail, port and airport border posts” from Wednesday 3 to Thursday 4 November.

The order, signed by the Minister of the Interior, Gérald Darmanin, also recalled the recent clashes in Marseille between OM and Galatasaray fans in which 32 policemen were injured.

For the match against Lazio, the closing of the guest sector of the Velodrome was ordered. Already for the first leg match at the Olimpico it was forbidden to travel to Marseille fans, in light of the clashes between the two supporters on the occasion of the last match dating back to 25 October 2018, when in the provencal city there was a fight between 200 fans with four who sustained stab wounds.

The indignation of the biancoceleste society

“We expect a clarification from the French institutions and a clear stance of our diplomacy towards expressions of indignation that should indignant all Italians, regardless of whether they are fans or not and the colors of their flags”. Lazio in an official note harshly criticized the reasons given by the French authorities for the travel ban.

“The decision by the French Interior Ministry to ban Lazio fans from traveling to the city of Marseille as a precaution is not surprising – recalls the club – and is in line with what the Italian authorities have already decided in the first leg. it is rather the methods of application of the ordinance on a national scale and its unjustifiable reasons (which were also disclosed on the national news): Lazio cannot accept a free offense to all the Biancoceleste supporters and to the Club itself, which has always fought violent behavior and any kind of discrimination, inside and outside stadiums, with concrete actions. The Lazio sports club has always put in place initiatives aimed at promoting the value principles of sport and overcoming all barriers of a social nature, cultural, economic, ethnic and religious as has been widely recognized even at the highest institutional levels “. “We have also seen – continues the note – that violence in stadiums is unfortunately a widespread and worrying phenomenon, starting from what happened recently at the Velodrome in Marseille”.

“Fratelli d’Italia asks the government to take immediate action to prevent the unjustified discrimination created by the measure of the French Ministry of the Interior which prohibits entry into France for all Lazio fans or anyone who presents themselves as such on November 3 and 4 “complains the president of Fratelli d’Italia, Giorgia Meloni,” We are facing a dangerous precedent: on the occasion of a football match, in this case Marseille-Lazio, the government of Paris does not limit itself to prohibiting access to the stadium or city that hosts the match but even goes so far as to deny access on French soil ‘from road, rail, port and airport border posts’ not only to those who would like to go to the stadium but to anyone who claims to be a supporter of a team . We expect Prime Minister Draghi and the Italian government to take a clear stance on a provision that goes against all international laws on the free movement of people “.