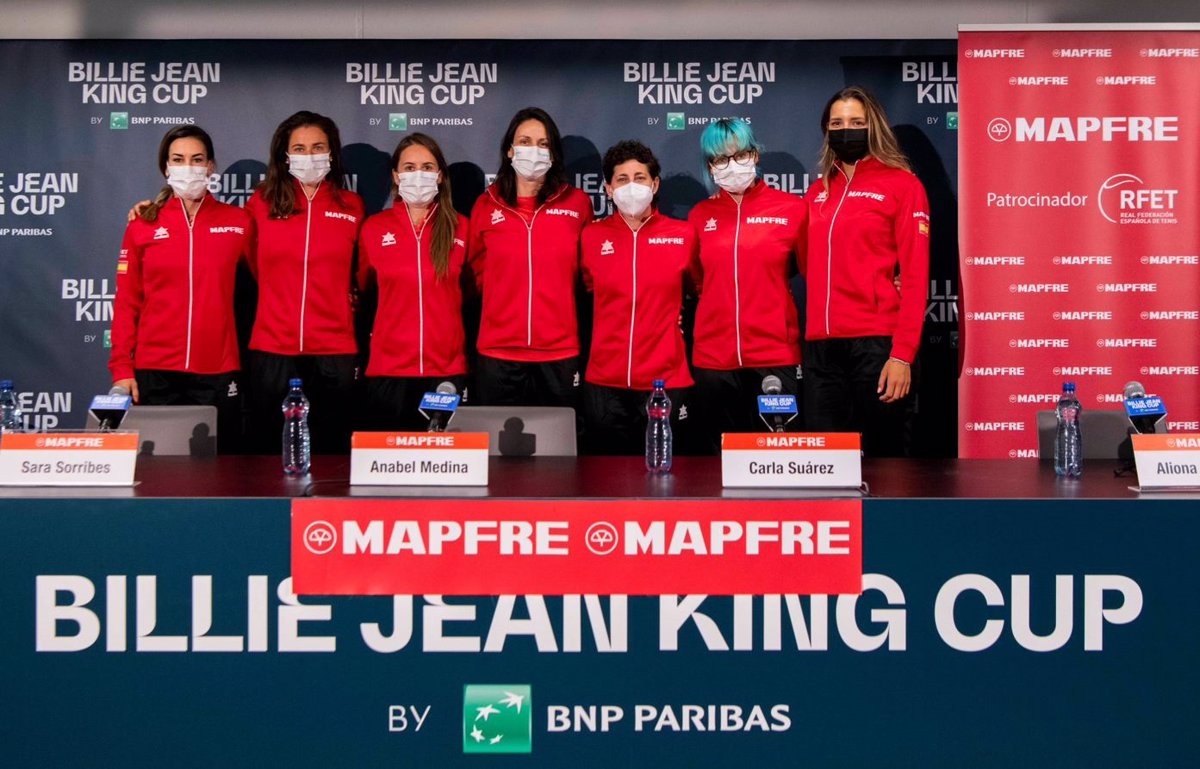 The Spanish couple formed by Sara Sorribes and Carla Suárez added Spain’s second point and came back (2-1) from the tie against Slovakia on the first day of the Billie Jean King Cup finals, which is played at the O2 Arena in Prague , after winning the couple Viktoria Kumova and Tereza Mihalikova in three sets by 4-6, 6-2 and 10-7.

Spain achieved a hard-fought victory against Slovakia despite losing 1-0 and will now face the United States next Wednesday for a pass to the semi-finals of the tournament, the former Federation Cup.

Despite having more ‘break’ balls in the first set, the Spanish couple only took advantage of one of the 8 they had, for the 2 of 3 that allowed the Slovaks to sign up that first set 6-4.

In the second, the lower effectiveness in Kumova’s serve and the combination of Carla Suárez’s play at the net and blows from the back of the fast track at Sorribes O2 allowed Anabel Medina’s pupils to win 6-2.

In the ‘super tie-break’ of the third set, the Spanish duo were more solid and loaded the game more on Mihalikova to achieve a suffered victory by 10-7 on their fifth match point.

The victory in the doubles match came after Sara Sorribes managed to equalize Slovakia on the first day of group C, after defeating Anna Karolina Schmiedlova in three sets, 6-3, 3-6 and 6-2, in a marathon game of 2 hours and 45 minutes.

Sorribes had added the first point for Spain after the defeat of Carla Suárez against the Slovak number two, Viktoria Kuzmova, who also beat the Canarian in three sets, 6-2, 3-6 and 6-3.

In her last tournament as a professional after overcoming Hodgkin’s lymphoma, Carla Suárez gave in one hour and 49 minutes to Viktoria Kuzmova, world number 175, but who exhibited good service and a solid game from the back of the court that he had overtaken Slovakia in the tie.

It was that service that allowed the Slovakian number two to get into the first set with 4-0, which was enough to sentence the first set with a direct serve 6-2 in just 33 minutes against a Suárez who was impotent before the rival service.

On the other hand, the Canarian tennis player equalized the game with her forehand, which allowed her to reach 3-0 and 6-3 in 35 minutes against a more irregular Kuzmova in her serve and that alternated more unforced errors than winning shots.

With a rest at the feet of Suárez, the second Slovakian player managed a break in the fourth game (3-1) that seemed definitive in the third set. A reaction from the Spanish returned to balance the first point of the tie (3-3), although a new ‘break’ by Kuzmova, settled again on his serve, put the final 6-3.

Spain shares the group with Slovakia and the United States, against which they will face this Wednesday to achieve a pass to the semifinals of a tournament that they have not won since 1998. The winner of each group will qualify for the semifinals of this tournament in which in the Group A are France, Russia and Canada; in B, Australia, Belarus and Belgium; and in D, the Czech Republic, Germany and Switzerland.

The two finalists will qualify directly for next year’s final phase, while those classified between third and tenth will have to play the 2022 qualifying phase, which will be drawn this Saturday in Prague. The countries that occupy the last two places, eleventh and twelfth, will be demoted to World Group II.