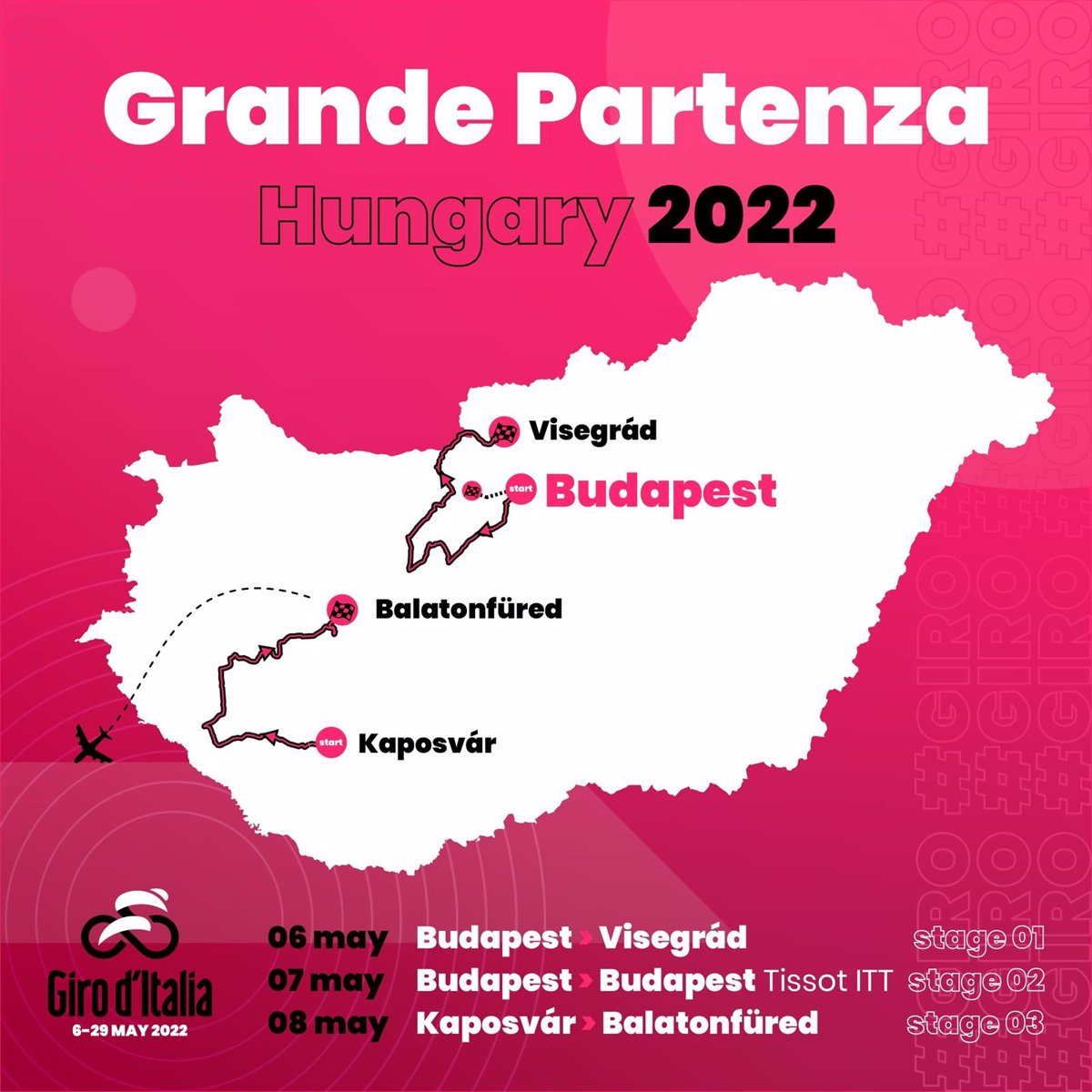 The 2022 Giro d’Italia will have its ‘Grande Partenza’ in Hungary with a total of three stages, including a time trial in the capital Budapest, before the ‘Corsa Rosa’ route leaves for Italy.

The first of the four dates chosen to publicize the entire route of the Giro 2022 was this Wednesday, with the announcement of this ‘Grande Partenza’, the great start, which will take place in Budapest.

In the inaugural stage, on May 6, 2022, the Giro will depart from Budpest and reach the Visegrád peak after 195 flat kilometers, with two bonus sprints, until the final ascent of 5 kilometers at an average 5 percent slope to the castle of the locality.

Budapest will host the second stage in its entirety, on May 7, with an individual time trial of 9.2 kilometers with a drop of 150 meters. An urban chrono that links the Hungarian capital from Pest to the historic center of Buda, with a final section with peaks at a 14 percent slope before reaching Buda square.

Finally, in the third stage, the last one to be held this time, the peloton will start from Kaposvár and arrive at Balatonfüred on a flat stage, the first for specialist sprinters, of 201 kilometers.

Thus, Hungary will welcome the Giro cyclists with a first stage with a high finish for the most explosive applicants to the ‘pink jersey’, a short but intense and technical time to continue putting on the provisional general makeup and a last stage designed for escapes or massive sprint.