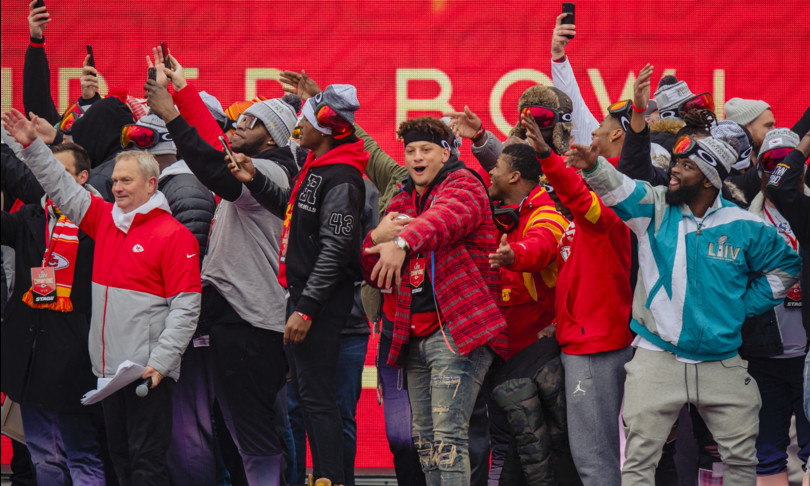 The Atlanta Braves won the World Series of baseball for the first time since 1995: the 7-0 win in Houston over the Astros that ended the series 4-2 however, it was tainted by a new controversy with Native Americans because of the ‘tomahawk chop’, the gesture of the arm used by Braves fans to allude to the use of the infamous war ax of the Indian warriors, symbol of the club.

Thousands of fans who watched the game from the big screens at Truist Park, their stadium in the city of Georgia, waved their arms with the lights of their phones or torches in their hands to create the effect of the ‘tomahawk’.

Not sure the tomahawk chop has ever been louder in Atlanta. Love Braves fans going after woke culture. https://t.co/4yD4ChTrdh

The traditional gesture of the fans was already in the crosshairs of the Native Americans who they consider it offensive and racist. “In our discussions with the Atlanta Braves we have repeatedly and unequivocally clarified our position,” explained National Congress of American Indians (NCAI) President Fawn Sharp, “natives are not mascots, and degrading rituals like the ‘tomahawk chop ‘that dehumanize and harm us have no place in American society. ” In late October, Donald and Melania Trump were also criticized for joining fans in the ‘chop’ while attending a World Series game in Atlanta.

Native Americans have repeatedly asked the MLB, the American baseball league, to prohibit this form of typhus as it would denigrate the origins of Native Americans by comparing them to bloodthirsty savages. The club in the summer had not ruled out a measure in this sense but the fans do not want to know about abandoning their traditional gesture. In American football, however, there is the precedent of the Washington Redskins and the Cleveland Indians who have decided to change their name after the protests of the native communities.

However, the city of Georgia can rejoice in a new national triumph three years after Atlanta United won the MLS Cup in football. The Houston Braves had rekindled their hopes by winning game 5 away and bringing home factor back to their side, but game six in the Texan city had no history.

The Braves did not miss the second match point and they have taken the fourth title in their history, the second after 26 years since they bear the name of Atlanta (1995). The others in 1914 when they were called Boston Braves and in 1957 under the name of Milwaukee Braves. After the first two innings ended in a draw at 0-0, the super hitter Jorge Soler took the chair, who with a sensational ‘homerun’ (home run) unlocked the score bringing Atalanta 3-0 in the third inning.

Houston failed to recover and in the fifth the Braves stretched, thanks to another home run by Swanson that brought the contest to 5-0.