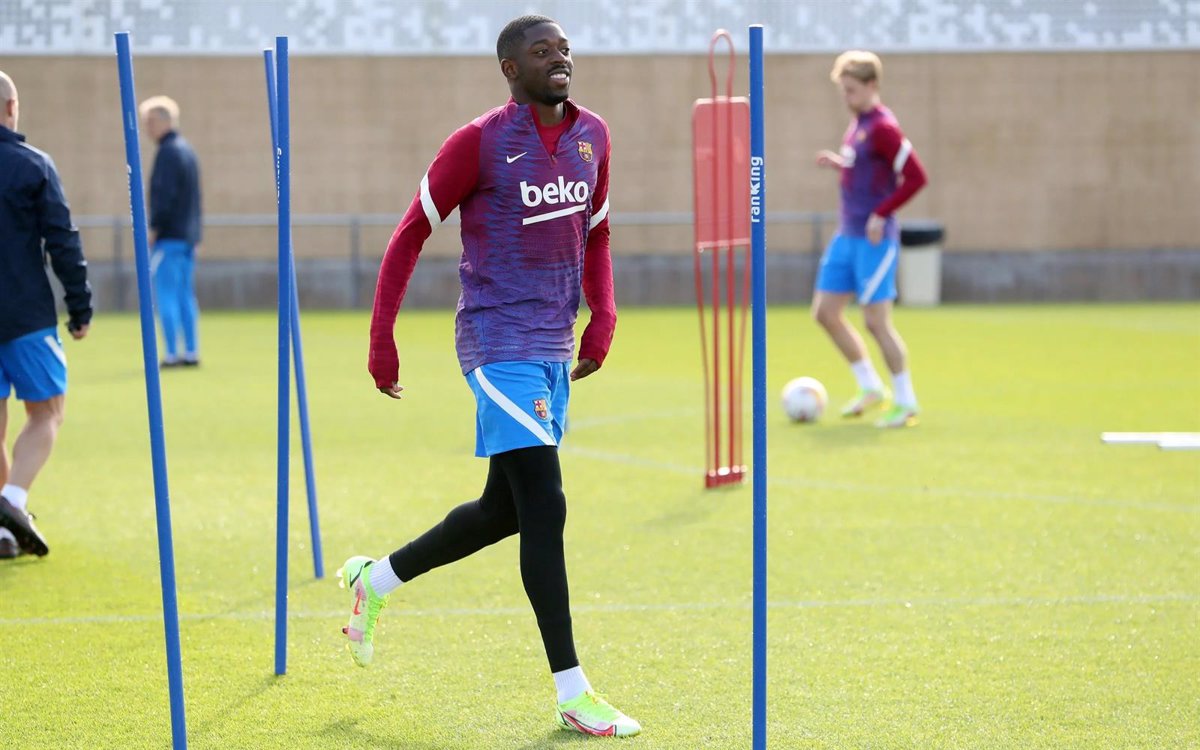 Dest, with lumbalgia, will not be able to play against Celta in Vigo and Neto is doubtful

The French player Ousmane Dembélé will once again be out at FC Barcelona when he noticed in training this Thursday, after playing his first minutes of the season in Kiev this week, a muscular discomfort and, in addition, Sergiño Dest will not be able to play in Vigo against Celta due to low back pain.

“The player of the first team Ousmane Dembélé has an elongation in the semimembranous of the left thigh. It is low and the evolution will mark his availability”, communicated the Blaugrana club.

Dembélé had been in the dry dock for five months after injuring himself last summer with France in Euro 2020. After a long recovery, he ‘debuted’ this season in Kiev coming off the bench, in the second half.

With his umpteenth injury, since it seems countless since he dressed as a Blaugrana, he will have to return to the list of casualties, to which he joins to visit Celta this Saturday, on matchday 13 of LaLiga Santander, the side Sergiño Dest, who has low back pain.

The available players trained in field 3 of the Ciutat Esportiva under the command of Sergi Barjuan. “The Brazilian goalkeeper Neto has not trained due to a feverish situation,” explained the Blaugrana entity.